This year has been rough for precious metals investors.

The metals failed to react to normally bullish news, and the correction that began in August 2020 intensified at the end of the second quarter. Until days ago, Silver was down over 20% on the year and Gold nearly 10%.

The prospect of higher real interest rates amid Fed tapering and the coming rate hike should keep the metals under pressure in the first quarter.

The key level for Gold is $1750 on a weekly basis. Should Gold break that level, it risks downside to the 40th-month moving average at $1630 and rising.

Alternatively, if Gold can trade up to $1900, it would likely invalidate the bearish scenario. 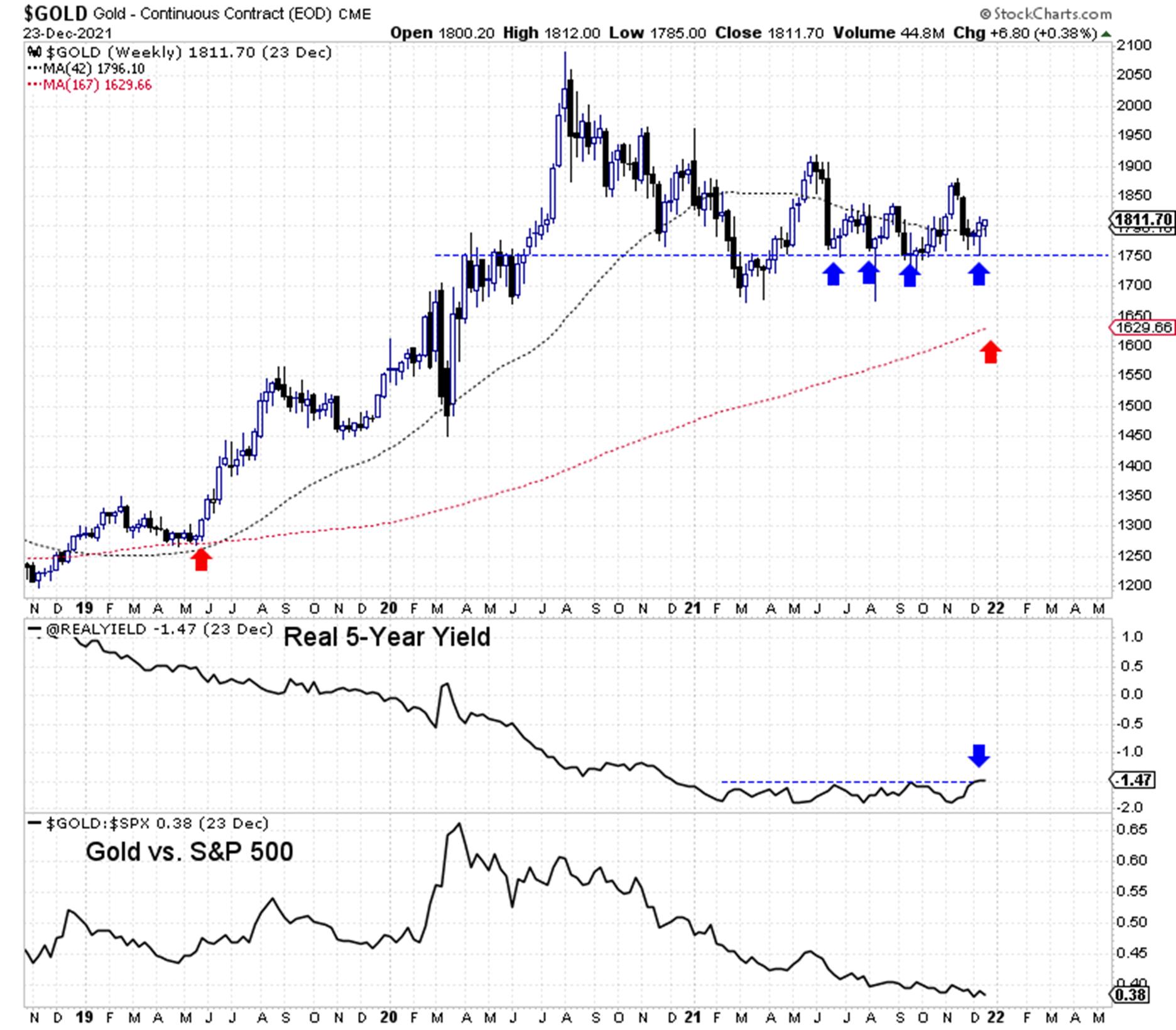 Silver has underperformed Gold since the failed “silver squeeze” roughly 11 months ago. If Gold were to break below $1750, then Silver would be susceptible to a decline to initial support (~$20.40) and potentially very strong support at $18.70. 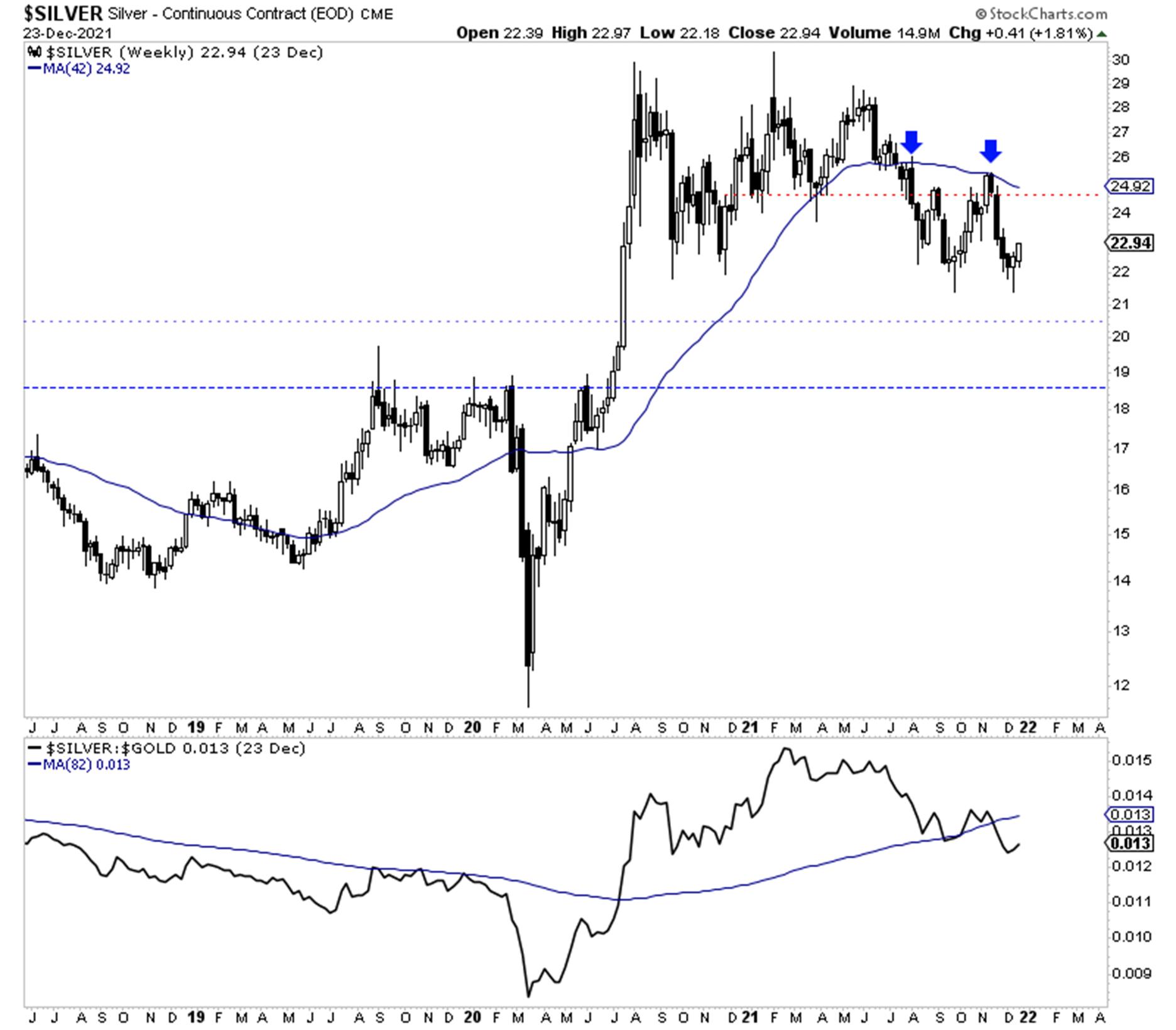 Metals and miners rebounded in recent weeks after hitting another oversold extreme. It is possible that this oversold bounce could carry into January.

That being said, we should note that a good portion of the “pre-rate hike” decline occurs in the weeks before the actual rate hike.

However, as you know (if you have followed my work), Gold and Silver have a track record of rebounding after the first rate hike in a new cycle.

Over the last four Fed rate-hike cycles, Gold has averaged a 28% rebound, and Silver has averaged a 42% rebound. Moreover, these rebounds have reached or come very close to 2-year highs more often than not.