With the tremendous decline in U.S. equities, it seems quite likely that market participants have been factoring in next week’s FOMC meeting and a more hawkish Federal Reserve. Can the same be said for market participants actively investing or trading in gold or silver?

Throughout the shortened trading week, the precious metals complex has seen significant gains beginning on Tuesday which lasted until yesterday. During three days (from Tuesday to Thursday) palladium gained 9.783% in value, platinum gained 7.84%, silver gained 6.65% and gold gained 1.31%. 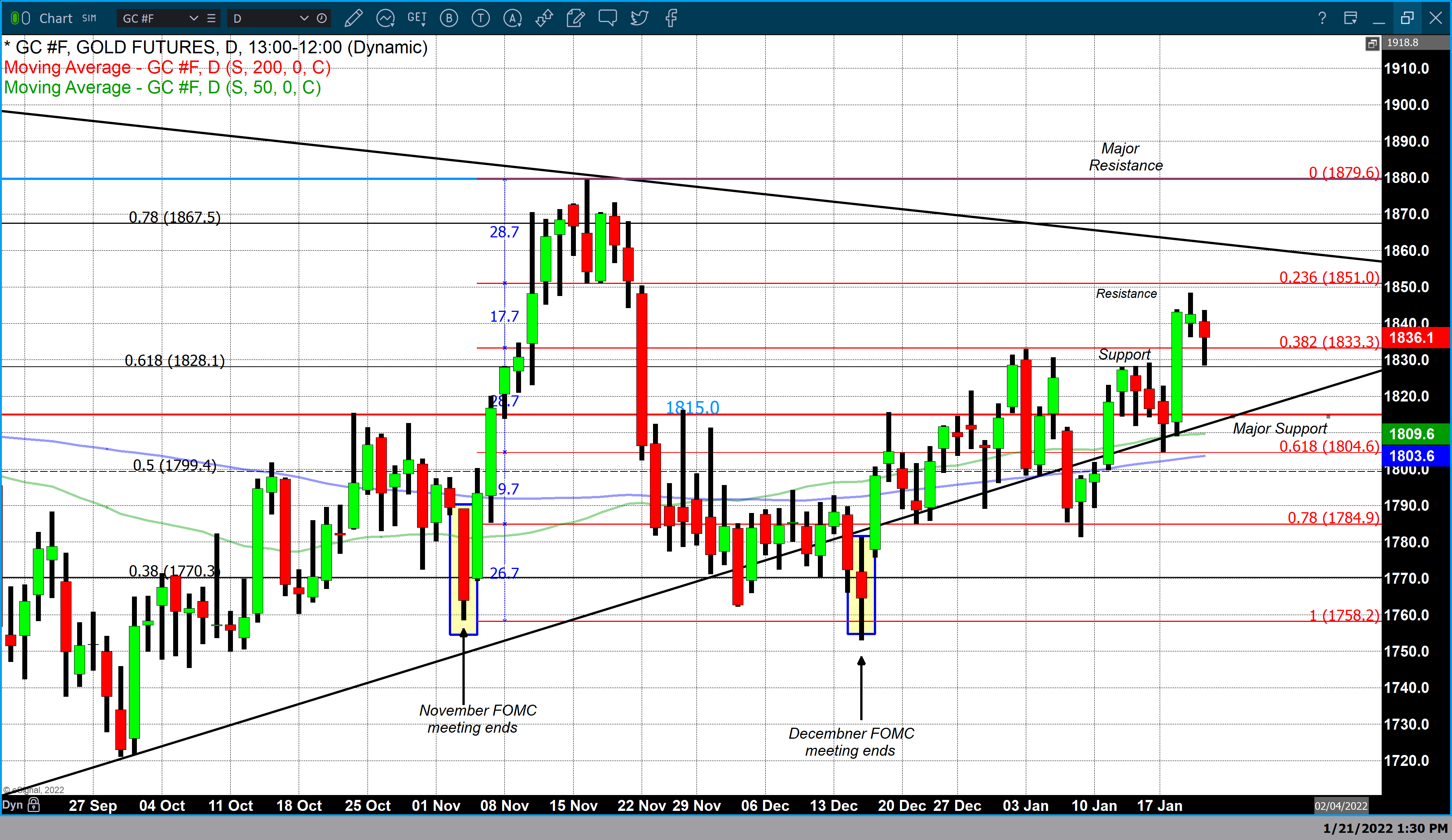 Since the beginning of the recession corporations in the United States have become addicted to borrowing capital at an exceedingly low-interest-rate level. This week’s decline was symptomatic of the reality facing corporations, which is that the cost of borrowing capital will rise throughout the year as the Federal Reserve begins to normalize interest rates, after tapering their asset purchases which should be complete by March of this year.

Clearly, this week’s severe decline in equities can be symptomatic of withdrawal symptoms that are occurring as corporations are faced with the fact that they will no longer be able to borrow capital with no interest rate costs associated with it.

After witnessing a week in which we saw equities decline solidly from Tuesday to Friday and precious metals gaining value from Tuesday to Thursday, one might ask what was different about today?

One possibility is that market participants in the precious metals markets reached a tipping point today as continued selling pressure in U.S. equities led to an overall mass liquidation across multiple asset classes.

The truth of the matter is that U.S. equities are much more sensitive to interest rate hikes than precious metals traders in the current market environment. The environment that I am referring to is that the current inflation rate is at 7%, and the realization that an increase of interest rates from zero to 1% this year will not have a large effect on reducing inflationary pressures.

As such we could continue to see the precious metals move higher even with a much less accommodative monetary policy from the Federal Reserve.