Gold has had respectable gains since January 31 in light of strong headwinds from rising yields in U.S. Treasuries and the Federal Reserve’s anticipated tightening of their monetary policy. As of 4:40 PM EST gold futures basis the most active April contract is up $5.10, or 0.28%, and fixed at $1826.90. Since the beginning of last week gold has risen from a low of $1786 to its current price gaining approximately $41.00. Gold’s value has increased by 2.29% in the last seven trading sessions. This in light of a tightening of the Federal Reserve’s monetary policy and rising Treasury yields 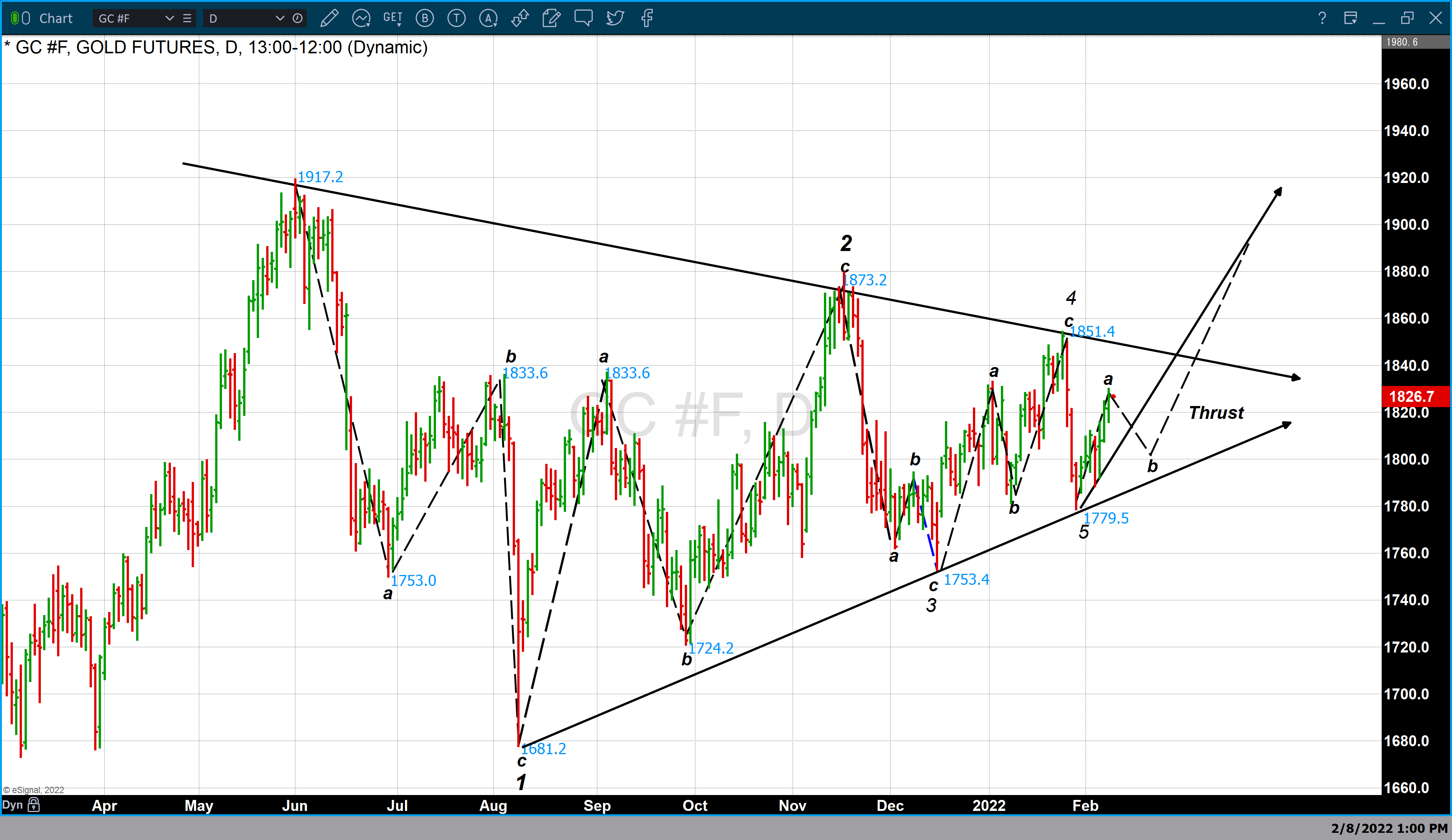 The Federal Reserve has been reducing its asset purchases from $120 billion monthly and expects to complete the process of tapering their purchases to zero by mid-March. They have also disclosed that they plan to reduce their asset balance. According to Statista, the outstanding assets on the Federal Reserve’s balance sheets are $8.87 trillion. 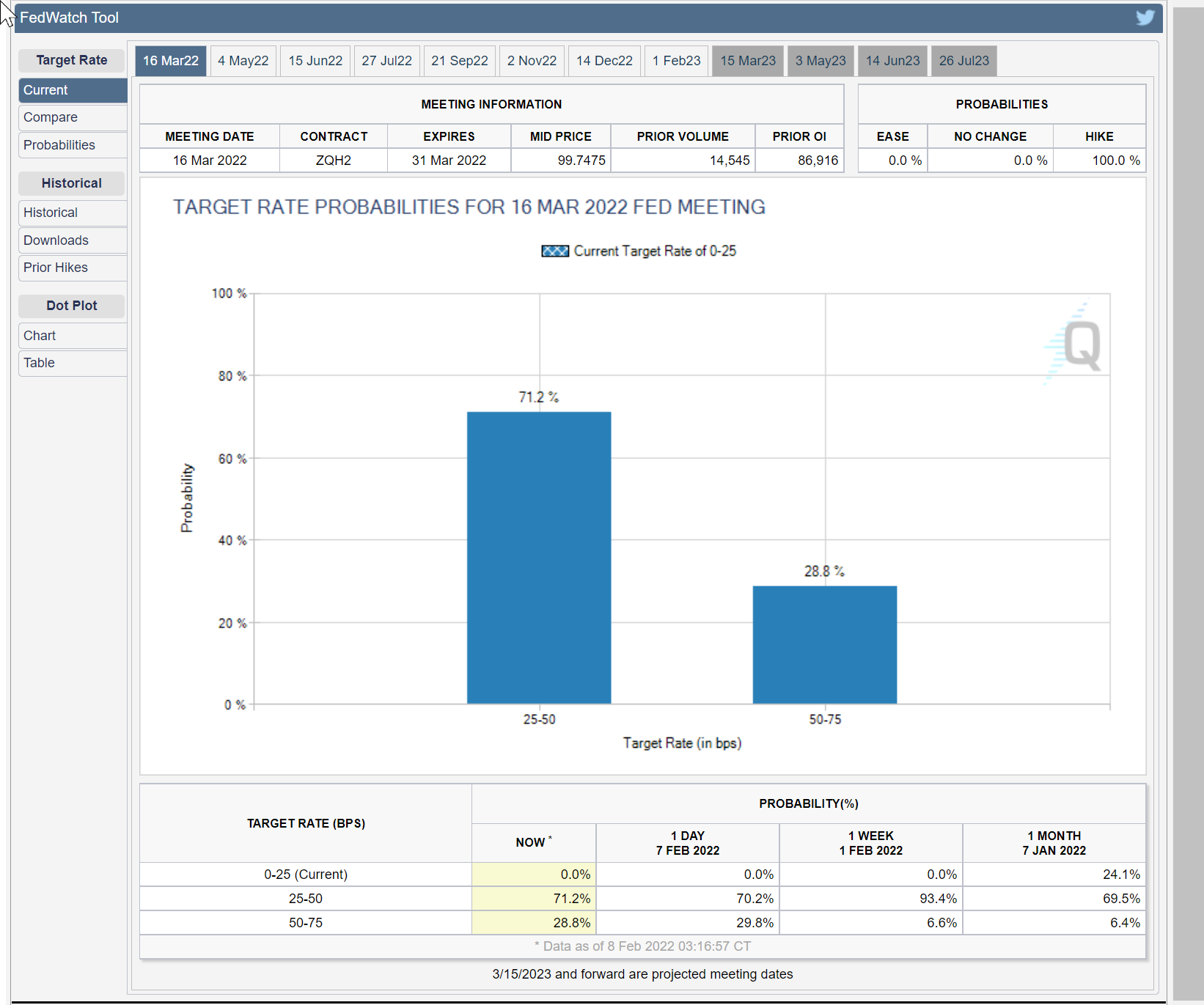 On February 1, this indicator was predicting a 93.4% probability that the Fed would raise rates in March by only ¼% and a 6.6% probability that the Fed would raise their Fed funds rate by half a percent. The rise in interest rates is a global phenomenon not just limited to the United States as central banks globally are tightening their monetary policies and tapering their asset balance sheets.

In light of rising yields and the certainty that the Federal Reserve will begin lift-off by raising interest rates from near zero in March gold has continued to gain value since the beginning of February. While traditionally, monetary tightening by the Federal Reserve and rising yields in U.S. Treasuries would exert selling pressure in gold it is the current level of inflation that has kept gold pricing elevated considering these strong headwinds.

Last month the CPI index rose to a 40-year high in December, coming in at 7%. On January 28, the BEA reported that the PCE index grew to 5.8% in December, taking the preferred index used by the Federal Reserve to a 40-year high as well. On Thursday the government will release the CPI index data for January. According to analysts polled by Bloomberg, Thursday’s report is expected to rise to an epic level of 7.3% over last year. Other polls are forecasting a rise in inflation of 7.2% over last year.

Based on the current level of inflation, the Federal Reserve is facing an immense task which is how to have a real effect on inflationary pressures without creating a major economic contraction. It is clear to many analysts, including myself that the Federal Reserve has reacted too slowly. Speaking to MarketWatch, Adrian Ash, director of research at BullionVault, summed up the Federal Reserve’s dilemma eloquently by saying, “the Fed is clearly so far behind the curve on inflation that the solid bid for gold says it’s either too late to ever catch up, or it’s about to make a historic mistake, hiking just as the economy cools down.”