After an intraday run to $1902, on the back of two weeks' worth of steady upward momentum and a late-day injection of renewed geopolitical jitters, the yellow metal has come back down to trade at $1,892, as of this writing.

Silver trades at $23.90 this morning, having retested its weekly high of $24 in overnight trading. Silver seems to be lagging gold early in this breakout move in metals, which is typical price action; should gold bulls continue to power higher, it would be reasonable to expect a "catch up" trade-in silver sometime in the future. 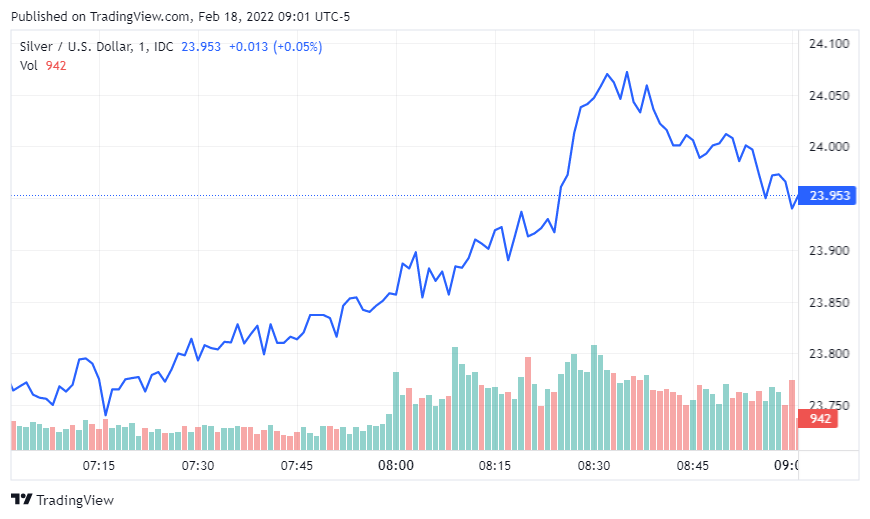 Platinum was rejected at $1,100 overnight and trades at minor support of $1,080 this morning. $1,065 is the greater support level for platinum, which bulls would likely stand ready to defend. Palladium continues to trade over $2,300, consolidating above the level, which bodes well for long position holders. 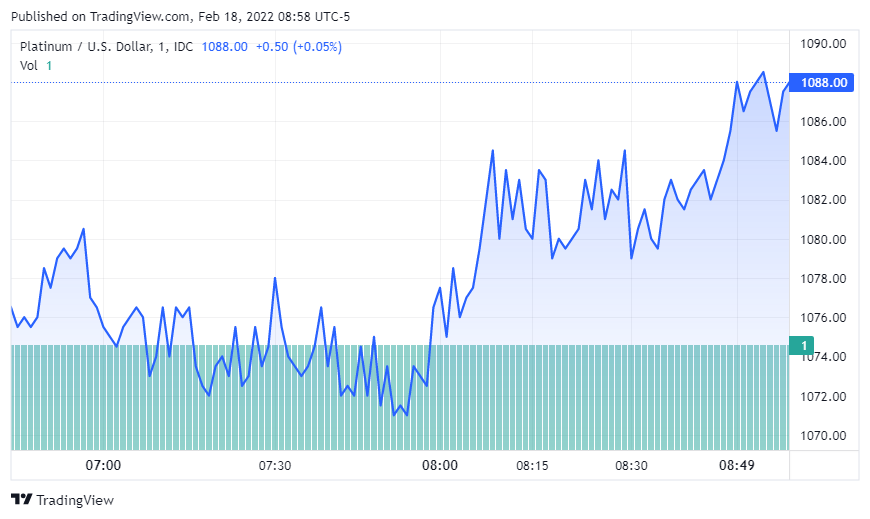 Weekly closes over minor support at $1,880 for gold and $23.80 for silver would inspire confidence that the metals are ready to make a run to $1,915 and $24.50, respectively. However, a cooling-off period, whereby metals "exhale" within a price consolidation zone above recent support should be expected. In this trader's opinion, consolidation would still align with a bullish medium-term outcome. 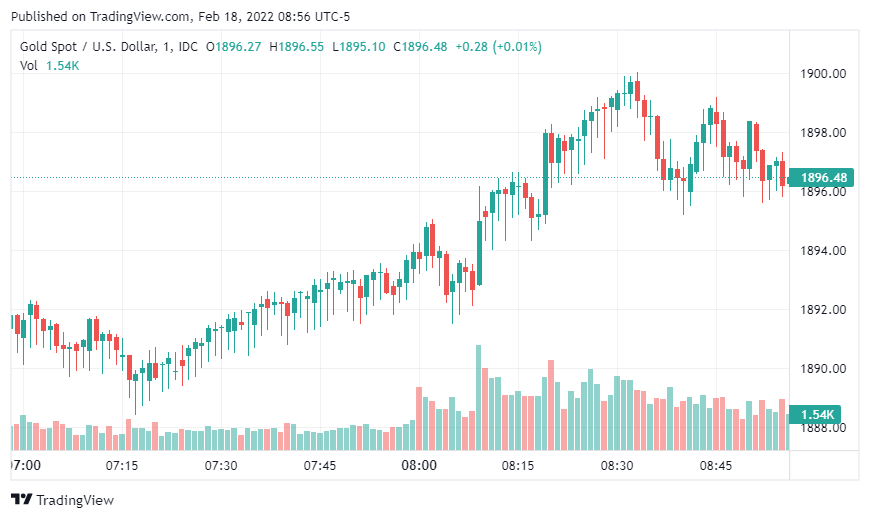 With the U.S. Treasury market having caught a bid yesterday and the 10-year yield back under 2%, risk in the equity market from a credit sensitivity perspective is showing signs of coming down in the immediate term. Since treasuries were bid as a function of a safety trade on concerns of war, it is reasonable to expect that geopolitical de-escalation would lead to cash flowing back out of bonds and into stocks, which have yet to make a lower low than the one hit on January 24, despite having been put under pressure by a hawkish federal reserve, the banging of war drums, and 10-year yield floating around months-long highs.

Thanks, and have a great weekend.