Since its August 2020 high, gold has been exasperatingly difficult to call correctly because of the numerous false breakouts in both directions that have taken place in the last 18 months or so. Once the Federal Reserve turned hawkish in mid-June of last year, rallies were being sold, and sell-offs were bought with traders on both sides continuing to be whipsawed out of position as gold mostly traded within a $100 range. 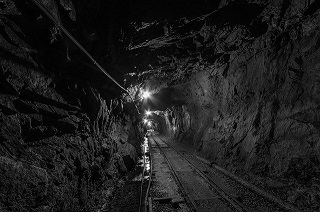 Into February of the new year, any advance, or decline, that bullion had made quickly ran out of steam and returned to the $1,800 zone. But by mid-February, as continued signs of escalation in the Ukraine-Russia conflict and some less-than-stellar economic data ushered in risk-off sentiment, the gold price reached strong overhead resistance at $1900. And once Russia initiated full-blown military actions in Ukraine, the gold price rose sharply above the critical $1900 level last week.

However, since most every Western politician had warned of a Russian military occupation of Ukraine being imminent, the gold price reacted with a “sell the news” intra-day $100 reversal and closed below $1900 last Friday. After trading as high as $1975, the safe-haven metal closed the week at $1888, printing a nasty weekly reversal candle with one more session in the month of February being this Monday.

Yet, more safe-haven demand for gold took place when efforts by Western nations to financially cripple Russia were ramped up over the weekend. The United States, the E.U., and allies decided to remove some Russian banks from the international SWIFT banking system, the equivalent of waging financial war with Russia.

In preparation of the expected Western financial sanctions, Putin had recently developed alternative systems for transacting with trading partners. But when the unexpected removal of Russian banks from SWIFT triggered a bank run last weekend, the Central Bank of Russia was forced to more than double its key interest rate to 20% from 9.5% early Monday to support the ailing ruble. The Russian currency was trading more than 20% lower at 101 per U.S. dollar from 83 on Friday, having briefly reached a record low of 119 per dollar.

With Russian civilians having their wealth decimated overnight, another counter-measure President Vladimir Putin may be considering is to back the ruble with gold. But the Russian leader would likely block any conversion internationally while doing so and thereby, create a two-tier system. Russia’s gold holdings currently sit at over 2,300 tonnes, making it the fifth largest gold reserve in the world.

The Kremlin has more than quadrupled the amount of gold held in Russia’s central bank since 2010, creating a “war chest” through a mix of foreign imports and vast domestic gold reserves as the third largest producer of bullion in the world. Russia held more gold than U.S. dollars for the first time in June 2020 with bullion accounting for more than 23% of the total reserves, which rose to $630bn as of last month.

In another effort to stabilize the financial markets and its reserves after Western sanctions targeted its banking system, Russia’s central bank said on Sunday that it would resume buying gold on the domestic market again. When investors were seeking safe-havens as equity and oil markets were collapsing at the start of the pandemic, Russia stopped buying gold.

Although Russia's finance ministry said on Thursday that it was now halting purchases of gold for this year, the earlier buying this week by the central bank was beneficial in producing an April Gold Futures close above the critical $1900 level on a monthly basis on Monday. Following this important technical achievement, the price of gold has broken out of a bullish symmetrical triangle pattern that had been in place over the past 19-months to the upside.

Moreover, the technically significant monthly gold close above $1900 had momentum traders and hedge fund managers stepping up their rotation of profits from over-priced equities into the under-valued precious metals mining space to begin the month of March.

With the S&P 500 entering official correction territory last week, marking the 33rd correction, or bear market in equities since 1980, gold stocks have been showing relative strength to equities as the stock market began topping in mid-December. Historically, major moves in the gold complex have typically begun after major peaks in the stock market. The current secular bull market in gold began when the stock market reached a major peak at the turn of the century.

Furthermore, the start of Federal Reserve rate-hike cycles has also marked significant bottoms in the gold price in 1999, 2004, and 2015. The Federal Reserve will move forward with plans to raise interest rates in mid-March to try to tame high inflation, but the outbreak of war in Ukraine has made the outlook "highly uncertain" for U.S. central bank policymakers as they plan their next steps, Fed Chair Jerome Powell said on Wednesday.

Powell told the House Financial Services Committee mid-week that he was "inclined to support a 25-basis-point rate hike" at the Fed's policy meeting in two weeks' time. The Fed Chairmen added that going forward, the central bank would "need to be nimble" in response to new data and events -- especially the unfolding conflict in Ukraine. "We are going to avoid adding uncertainty to what is already an extraordinary challenging and uncertain moment,” Powell said.

Then on Thursday, Powell told the Senate Banking Committee that with prices increasing at the fastest clip since 1982, easy money policies from the Fed, combined with longer-than-expected supply chain snags, appear to be behind inflation. “Hindsight says we should have moved earlier,” Powell said Thursday, adding that “we’re going to use our tools and we’re going to get this done.”

However, with the more aggressive 50 basis-point increase markets had expected only weeks ago now being off the table, higher energy prices are pointing to hotter inflation. Russia’s military actions in Ukraine and the sanctions which have followed have led to a significant change in the oil outlook. Although current sanctions are not targeting Russian energy exports, the risk of further escalation means the potential for large disruptions to oil flows.

And when combined with continuing negative headlines indicating that Russian/Ukraine de-escalation in the near future remains highly unlikely, all of these factors are converging to stir up a potent, bullish cocktail boosting gold's safe-haven appeal. Russian Foreign Minister Sergei Lavrov said on Thursday that he believed some foreign leaders were preparing for war against Russia and that Moscow would press on with its military operation in Ukraine until "the end".

Meanwhile, with recent weakness after Tuesday’s surge in the miners being bought, I expect the GDX to technically confirm a 6-month bottoming process with a weekly close above $35 later today. Once we see a weekly close above $47 in the GDXJ with good volume as well, the odds increase substantially of a significant bottom being in place in the junior space. I also expect quality higher-risk juniors to begin outperforming the mining space once this level has been breached.

To begin the week, Junior Miner Junky (JMJ) subscribers and I were handsomely rewarded when Australian miner Perseus Mining (PRU.TO) announced it has entered into a definitive agreement with JMJ holding Orca Gold (ORG.V) to acquire all of the outstanding common shares of Orca not already owned by Perseus. Based on the PRU.TO closing price on February 25, 2022, Perseus’s offer of 0.56 of its stock for each Orca share implies consideration of C$0.896 per Orca Share, representing a premium of 62.9% to the closing price of Orca Shares last Friday.

Beginning in early October, I have been accumulating a basket of painstakingly researched, high-quality junior developer/explorers with 5x-10x upside potential. The JMJ service provides complete transparency into my trading activities and teaches investors how to navigate this high-risk/high-reward sector successfully. Subscribers are provided a carefully thought-out rationale for buying individual stocks, as well as an equally calculated exit strategy.

Since its inception in Q1/2016 with investment capital of US$475k, the JMJ Junior Portfolio has averaged an annual realized gain return of 22%. If you require assistance in accumulating a basket of quality juniors, and would like to receive my research, newsletter, portfolio, watch list, and trade alerts, please click here for instant access.