Switzerland represents neutrality, peace, wealth, and financial stability worldwide. One of its cities, Lugano, has just declared for bitcoin to be soon legal tender within its canton. Not only can one pay one's taxes there shortly in bitcoin and tether, but a whole infrastructure is set in place to welcome anything related to bitcoin commerce and invention. Bitcoins image boost.

In times of war, unfortunately, other news is quickly overshadowed temporarily. 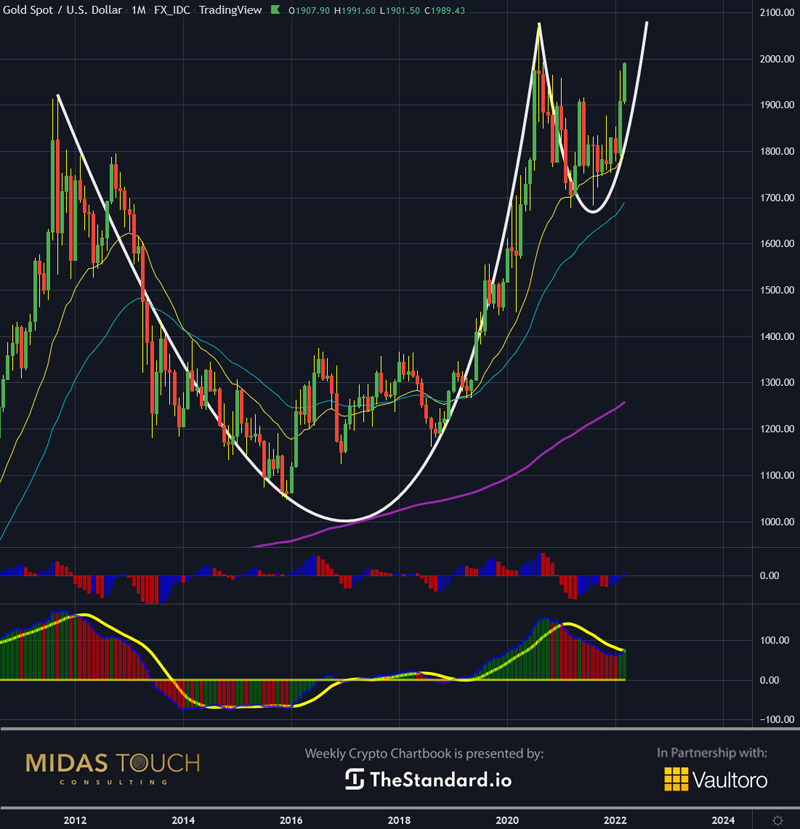 One significant factor is the gold bullish monthly chart with its cup and handle price formation. The larger time frame of the related market plays a substantial role in inter-market analysis. Gold, leading wealth preservation "insurance" for your money in inflationary times, should be on a bitcoin trader/investor's radar. We find a bullish tone in gold to support possible bitcoin price increases. 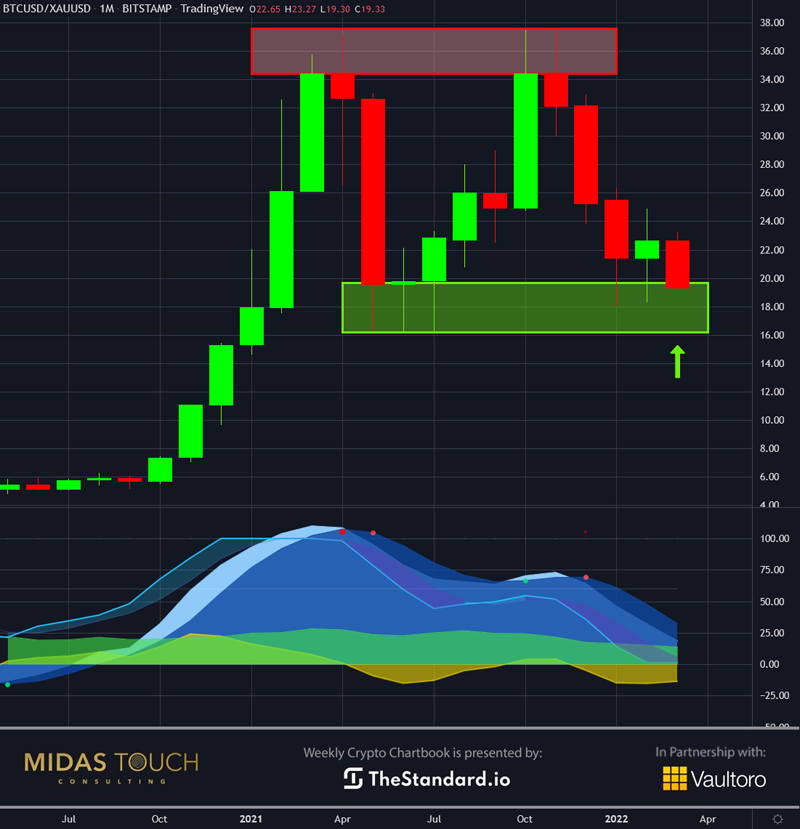 Bitcoin versus Gold in USD, monthly chart as of March 8th, 2022.

An additional welcoming factor can be found in the monthly chart of the bitcoin relationship towards gold. Presently, around 20 ounces buy you one bitcoin, while in the last quarter of last year, the same bitcoin cost you instead 37 ounces of gold. Consequently, those who have exited a fiat currency system or those who constructively hedge their wealth preservation portfolio might have a greater focus on bitcoin currently as on gold; it is cheaper. 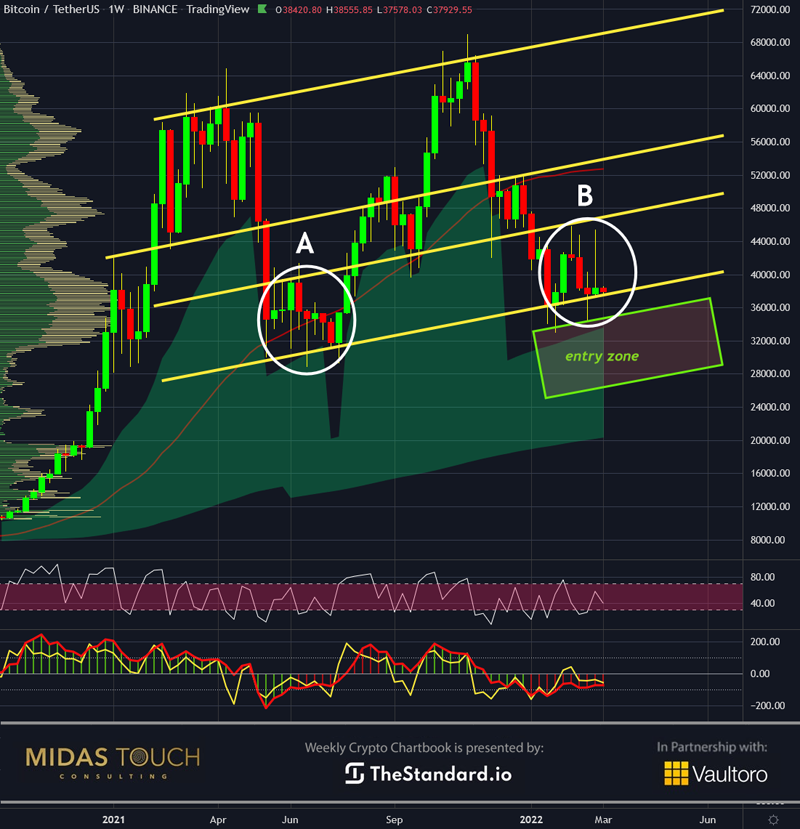 A look at a weekly bitcoin chart shows temporary weakness in a general up slope near an entry zone. The last two weeks provided for substantial income-producing trading through partial profit-taking. Bitcoin had delivered a 32% range from US$34,322 to US$45,400. Unfortunately, there was no directional follow-through beyond this point, and bitcoin has yet again retraced substantially.

Currently, Bitcoin is hovering right above a low-risk entry zone again, and we are hawkishly looking out for low-risk entries. A look into the past shows that it took bitcoin ten weeks to turn around in scenario A. Our timing prognosis is another two weeks now before we see possibly fast advancements.

Some think of chocolate when thinking of Switzerland, and indeed this news is sweet to the bitcoin community. Bitcoins' last step to gain momentum is widespread adoption. News, like the 10% increase in GDP since El Salvador's declaration of bitcoin being accepted legal tender, is impressive. Yet, it is still met with doubt due to either political or economic situations of countries that have adopted bitcoin so far.

With a central money mecca now representing progressive bitcoin use and old history of a conservative, strong financial stability image backing such behavior, widespread mass doubt can be swayed towards more bitcoin adaptation.