Gold has done this only twice

Gold surged nearly $300/oz in less than six weeks and almost touched its all-time high. It was a logical point from which a correction could begin.

This is only the third time in Gold's history in which it corrected after reaching or approaching the previous all-time high.

In the spring of 1978, Gold rallied to within $5/oz of the previous all-time high. It rebounded 34% in the preceding six months. Gold then corrected by 12% over less than two months.

In this iteration, Gold rebounded 20% in the previous six months and therefore is not as extended or as overbought as it was in 1978 and 2009. 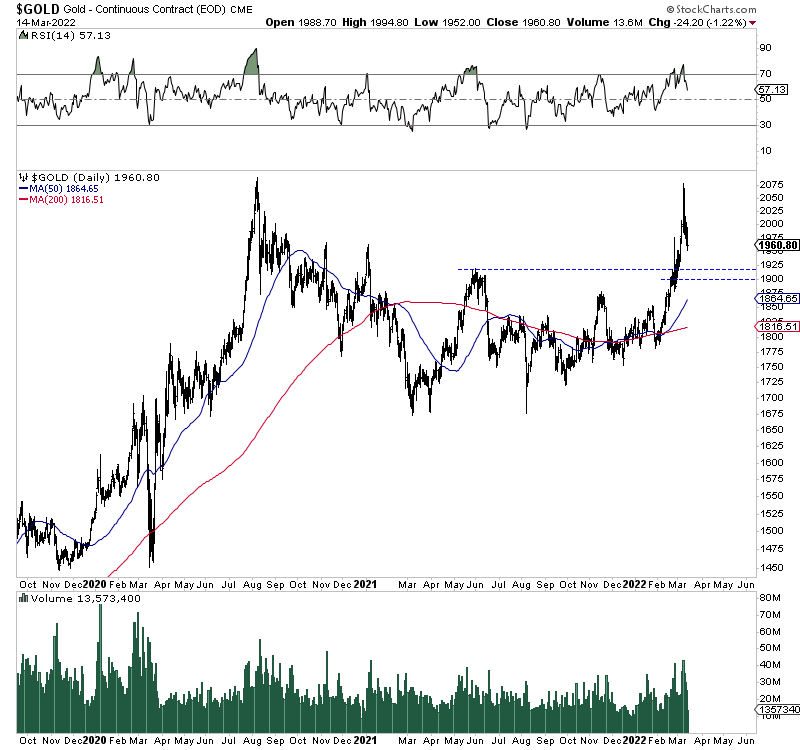 I’m looking for a bullish consolidation to develop, as Gold has support at $1920 and very strong support around $1900. A triangle or a bull flag could form over the next few months.

Note that a bullish consolidation would set up the handle on Gold's cup formation over the past 19 months.

This smaller cup and handle formation is not confused with the larger, super bullish one, but it does project to an upside target of nearly $2500/oz.

Furthermore, in our two previous examples, Gold, after correcting from the previous all-time highs in 1978 and 2009, went on to rebound 46% in six months and 42% in seven months.

The implication is that the weeks ahead could be your last chance to buy quality gold and silver stocks at cheap or reasonable prices. The next move higher has the potential to be spectacular.

I continue to be laser-focused on finding quality juniors with at least 5 to 7 bagger potential over the next few years. To learn the stocks we own and intend to buy, with at least 5x upside potential after this correction, consider learning more about our premium service.
By Jordan Roy-Byrne