Ah-hem. Excuse us, Kevin O'Leary, AKA Mr. Wonderful? We noticed that you say you sold HIVE shares, along with other miners, because you say we use carbon credits and "it won't survive audit". Here's the tweet.

No offense but we think Kevin is a little out of his area of expertise here. Kevin is brilliant and hilarious but he's also fairly new to crypto. He was a long-time skeptic until recently.

Here's the problem. HIVE doesn't use any carbon credits. Our footprint is low and uses some of the cleanest, cheapest energy on the planet. There's a reason HIVE makes up such a significant chunk of the new Bitcoin miner ETF, which prioritizes sustainability.

HIVE is proud to have in place a committed ESG strategy since its inception. HIVE also likely has the greenest footprint of all its peers. Our facilities in Sweden, Iceland and Canada use green and clean hydro and geothermal power.

And as we explained in The Great Bitcoin Energy Debate, crypto miners are flexible. If power demand is peaking and the grid is at risk, we as miners can shut down for a while, as the Texan industry admirably did back in February.

Further, we were not aware that Mr. O'Leary was a HIVE shareholder. He has never reached out to us to have a discussion.

During volatile times like these, HIVE believes it's best to simply keep one's head down and focus on the mission at hand.

That mission is to produce as many BTC and ETH as possible, at the lowest possible cost, with the smallest footprint. As we pointed out in a previous newsletter, the next 7 years are absolutely critical for miners who are looking to acquire a stack of BTC.

In three years, the Bitcoin miner reward will be cut in half, and then in half again in another four years. These next few years are important.

So far, we've come a long way toward our goals. But we're still building at our New Brunswick data campus. Here are two recent pictures.

These buildings are designed with efficiency in mind. Note the height. And the cold air of New Brunswick can significantly lower cooling costs. 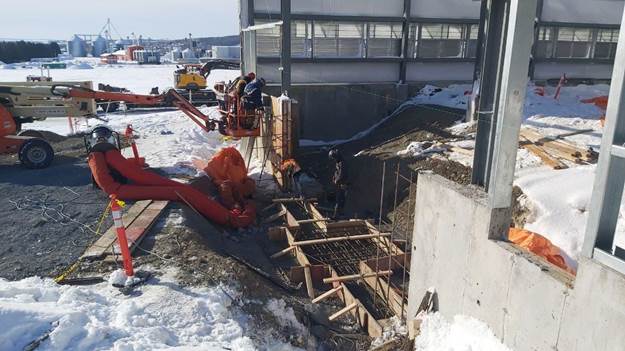 As you can see each building is at a different stage. These pictures are from March 9, 2022. 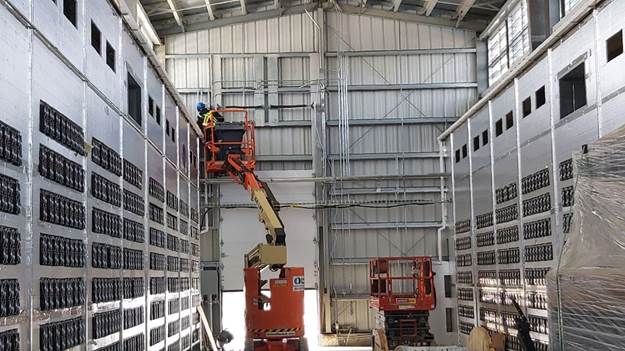 Inflation is likely to pick up near-term, but we believe we are well prepared for such an environment. We have the machines, land, and buildings to become a leader in the space. It seems likely that Bitcoin, and likely Ethereum too, are set to take on a larger role in the investment world.

We think our long-term strategy of building our own data centers in strategic locations will be a key factor going forward. It took a little bit longer than leasing the space, but we think the effort will prove worth it in the years to come. And these buildings' projected completion date ties in nicely with ongoing miner deliveries.

For one thing, we won't need to worry about the landlord raising the rent in this inflationary environment.

Have a good week everyone. Look for more macro and economic war analysis next week.