As of 4:55 PM, EDT April gold futures are down $8.80, or 0.46% on the day, and are fixed at $1920.90. Spot gold is currently trading $14.50 lower, or 0.75%, at $1921. Today’s decline in the precious yellow metal can be directly attributed to investors reacting to a speech by Chairman Powell. Speaking at the National Association for Business Economics yesterday, Powell conveyed a much more hawkish demeanor in regards to interest rate hikes to combat the spiraling level of inflation. His speech inferred that the Federal Reserve would be much more aggressive regarding upcoming rate hikes than previously announced. 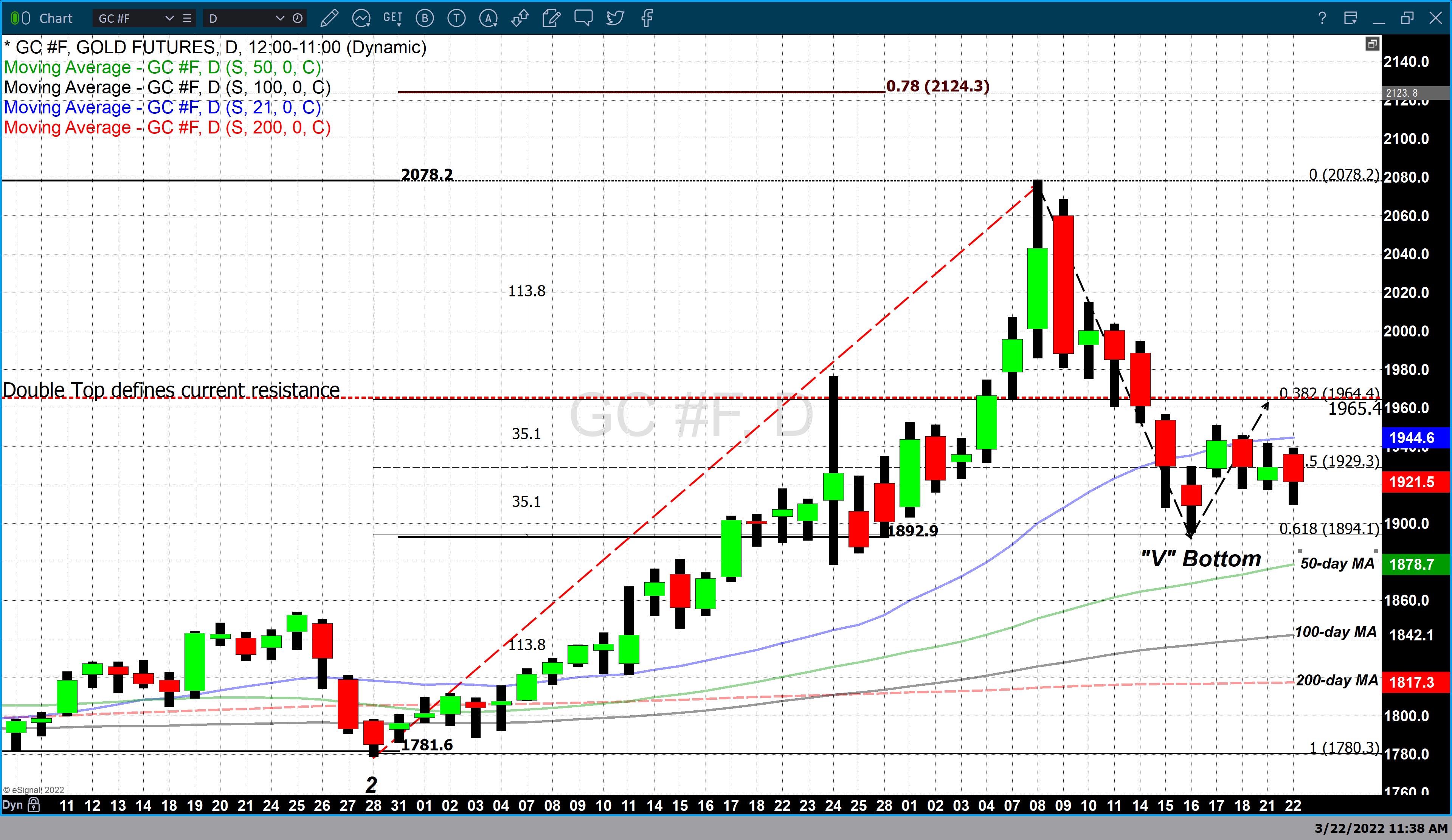 At the last FOMC meeting, the Federal Reserve announced that it plans to raise rates by ¼% at each of the remaining six FOMC meetings this year. However, yesterday he opened the door to rate hikes of ½% when he said, “We will take the necessary steps to ensure a return to price stability. In particular, if we conclude that it is appropriate to move more aggressively by raising the federal funds rate by more than 25 basis points at a meeting or meetings, we will do so.”

Today’s nominal price decline of approximately $8 in gold rather than a much steeper selloff is an indication that concerns about the geopolitical tensions created by Russia’s invasion of Ukraine and inflation at a 40-year high continue to be highly supportive of gold pricing.

On a technical basis, gold has minor support at $1920 per ounce, support between $1895 and $1900 per ounce, and major support at $1879, based upon the current 50-day moving average. Resistance price points begin at $1944, based on the 21-day moving average, and major resistance at $1965, which is based upon previous price tops and the 38.2% Fibonacci retracement. The data set used for the Fibonacci retracement begins at $1781 and concludes at $2078.

Wishing you, as always good trading,