Well, it's official. A prominent Ethereum Foundation member announced they would delay the proof-of-stake “merge” once again.

Thus, mining ETH will remain highly profitable for a while longer. And it doesn't seem to have hurt the price, with Ether still trading at around $2,900 as of 4/25/2022.

Those who read our January 11 2022 newsletter Profiting From The ETH2 Delays may not be surprised by this news. At the time we noted that “the likelihood of further delays seems high”.

I quoted HIVE Executive Chairman Frank Holmes on the matter:

“We think there's still a lot of time left to profitably mine ETH. Ethereum moving to PoS is taking longer than expected, and we have positioned HIVE to be a leading miner since 2017.
Mining ETH is highly profitable, and there's a lot less competition than with BTC. The margins are significant, with a rapid payback period.”
In Europe (where our Ethereum mining operations are) HIVE recently announced a 33% jump in ETH hash power in the month of March. That's 6.1 Terahash of ETH miners now in production.

For a while, it must have seemed crazy that HIVE was investing in Ethereum mining, when the merge was surely going to happen in June. But now these machines will be mining in a limited competition environment, contributing to our high gross margins and net profits.

The merge is now rumored to happen in September. But are further, further delays likely? I would say so. From what I have been hearing, there still hasn't been enough progress made on an important topic called ETH2 “client diversity”. Essentially, it means they need multiple independent clients to run the network, in order to reduce security risks.

As we have pointed out previously, switching a massive living blockchain to a completely new consensus mechanism is no small task.

In the picture below, you can see new miner racks going up in one of our new buildings. 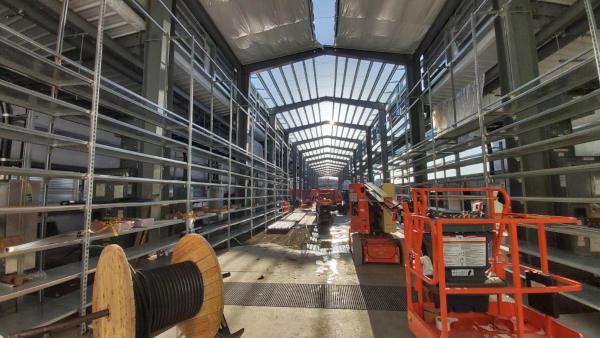 Soon the air will be filled with the buzzing of highly efficient new mining equipment.

It takes a big transformer to handle that much power. Here's the scale of one of our 50MW transformers in New Brunswick. 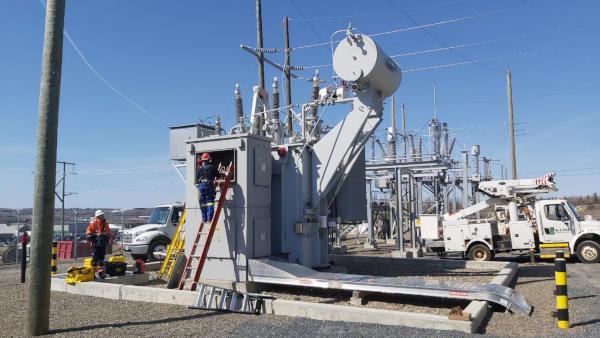 In the picture below, you can clearly see the air circulation system is designed to take advantage of the cool local climate. 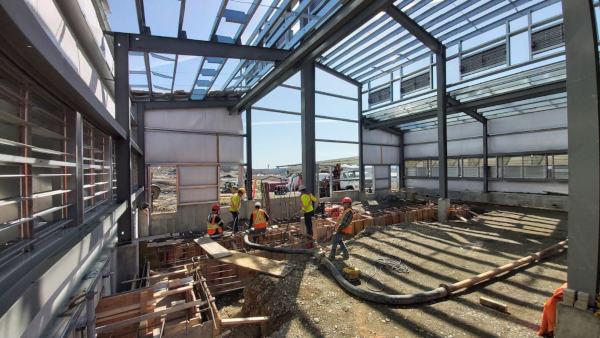 With plentiful and cheap local hydro and geothermal power, we think New Brunswick is an ideal Bitcoin mining location.

Since we purchased the New Brunswick and Lachute BTC mining campuses, we've produced 2,568 Bitcoin worth approximately $100 million at $39,000. We still hold all of them, and plan to continue doing so.

And as you can see, we're rapidly expanding capacity. HIVE regularly receives shipments of new top-quality mining equipment from prior orders and installs them ASAP.

No matter what's happening in markets, HIVE will remain focused on our mission. Building and operating the best crypto mining operations in the world. And doing it in a financially, and environmentally sustainable way.