Once the law goes into effect, businesses will have to accept BTC for payment (hence legal tender). A government-backed fund will guarantee instant convertibility with "the currency used in the Central African Republic."

At first glance, the strategy seems similar to that of El Salvador, the first nation to declare BTC as "money good".

Reuters and other outlets downplayed the news out of Central Africa, noting that the move "prompted caution from the IMF" (I bet it did). The agency also focused on the fact that CAR is a tiny country with low levels of internet access.

Critics are missing the bigger point here. The Central African Republic clearly wants currency alternatives. And they're not alone.

CAR is a former French colony, and like many of its neighbors, it still uses a French-controlled currency called the CFA  (Colonies Francaises d'Afrique franc). 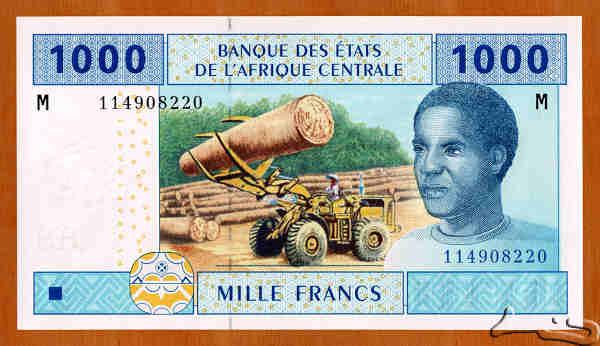 The CFA is pegged to the Euro and controlled by France. It requires member countries to keep half their reserves in Paris, and is highly controversial in former French colonies in Africa. Having someone else control your monetary policy eliminates any hope of monetary sovereignty.

Protests have erupted in the Central African Republic before over the CFA. Here's an excerpt from the BBC's 2017 coverage.

"Critics, such as those leading the anti-CFA movement, say true economic development for the 14 African countries can only be achieved if they get rid of the currency.

They argue that in exchange for the guarantees provided by the French treasury, African countries channel more money to France than they receive in aid.

They also argue that they have no say in deciding key monetary policies agreed to by European countries, which are members of the Eurozone."

It's natural that countries who don't control their own monetary destiny are seeking out alternatives such as Bitcoin. In fact, I expect a number of them will declare their "monetary independence" over the next few years.

Earlier in this newsletter, I highlighted how CAR's new Bitcoin law guarantees convertibility with "the currency used in the Central African Republic." Not convertibility with CFA specifically. Is CAR, perhaps, planning their own CBDC (central bank digital currency)?

I expect a wave of new independent sovereign digital currencies over the next decade. Some will be fiat, some will be backed by gold, oil, and/or commodities. And some central banks will likely choose to put part of their reserves in Bitcoin.

This decade will be a time of grand monetary experimentation. By both governmental and private groups. Some government's digital coins may do well, but many will suffer from the same problems as their paper ancestors (printer go brrrrr). Additionally, government digital currencies will give officials even more control over citizens' finances.

Bitcoin, and increasingly Ethereum, are set up to play important roles as scarce, neutral, and apolitical digital currencies. El Salvador and the Central African Republic are the first countries to officially recognize this, but they won't be the last.

This is all part of a larger battle between the opposing forces of centralization and decentralization. It may be a defining issue of our time. And it's relevant almost everywhere you look once you see it. Expect a lot more coverage around this topic going forward.

It's setting up to be a wild decade. We'll be keeping an eye on Africa, as it is likely to be one of the hot spots of the decentralization movement.