A strengthening US dollar is a double-edged sword

The US Dollar continues to attract capital from investors all over the world. But could this be a double-edged sword for US stocks? As capital flocks to the USD, this in turn hurts US multinationals as they need to convert their weak foreign currency profits back into USD.

The USD safe-haven trade may eventually trigger a broad and deep selloff in US stocks. As the USD continues to strengthen, corporate profits for US multinationals will shrink or disappear.

In addition, the impact of inflation on the global consumer will lead to a pullback in consumer spending which will further reduce corporate revenues and profits. The combination of the global currency dislocation along with the economic cool off will bring on a global recession.

The following chart by Finviz shows the percentage the USD has appreciated against all the major global currencies year to date:

Let’s review a few of these primary currencies to get a better idea of how much capital is migrating out of each of these countries and into the US dollar.

The Canadian Dollar CAD peaked in the first week of June 1, 2021. The Canadian economy has benefited greatly from soaring energy and commodity prices, strengthening metals markets, and strong real estate prices. But despite this economic strength capital is still migrating out of the CAD and into the USD. 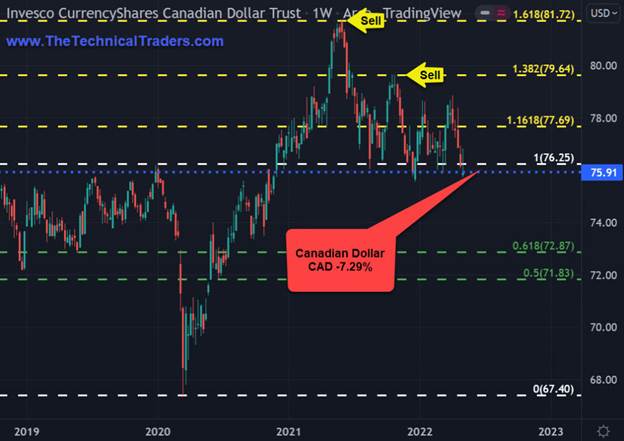 The Switzerland Franc CHF peaked in the first week of January 6, 2021. The CHF has long been considered a safe haven for global capital during times of risk-off global market stress. The primary factor hurting the CHF is its current fiscal policy and negative interest rate of -0.75%. Therefore, the USD is still the preferred safe-haven currency due to CHF’s negative rate. Capital continues to flow out of the CHF into the USD. 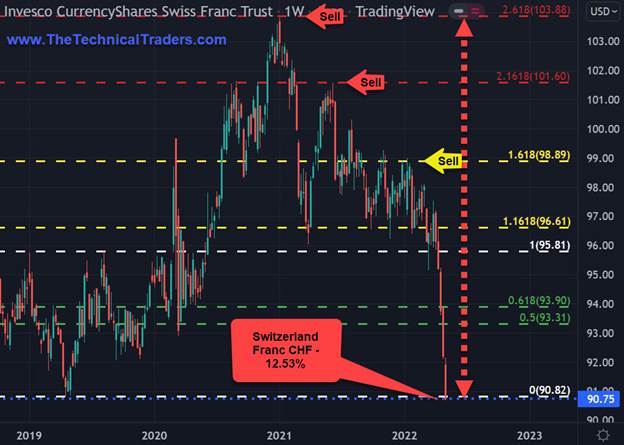 The British Pound GBP peaked in the first week of May 24, 2021. The GBP was the primary global reserve currency in the 19th century and the first half of the 20th century. However, that status ended when the UK almost bankrupted itself fighting World Wars I & 2. Since that time the US dollar has replaced the GBP as the primary reserve currency. The USD has a similar interest rate to the GBP and is also benefiting from its strong presence in energy and commodity markets. Therefore, the GBP is experiencing capital flows out of its currency and into the USD. 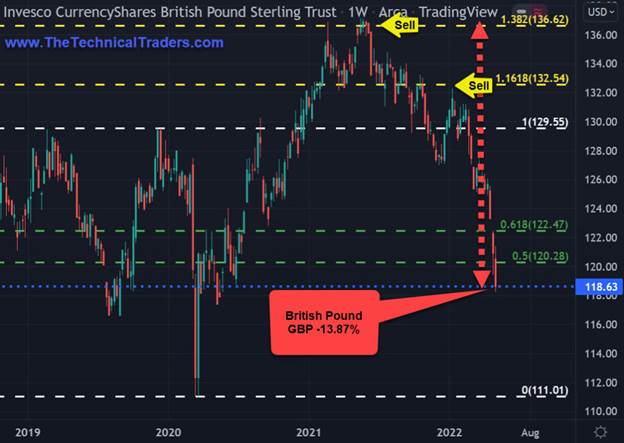 The Japanese Yen JPY peaked in the first week of March 2, 2020. The JPY has also long been considered a safe haven for global capital during times of risk-off global market stress. However, the primary factor hurting the JPY is its current fiscal policy and negative interest rate of -0.10%. Therefore, the USD is still the preferred safe-haven currency due to the JPY’s negative rate. Capital continues to flow out of the JPY into the USD. 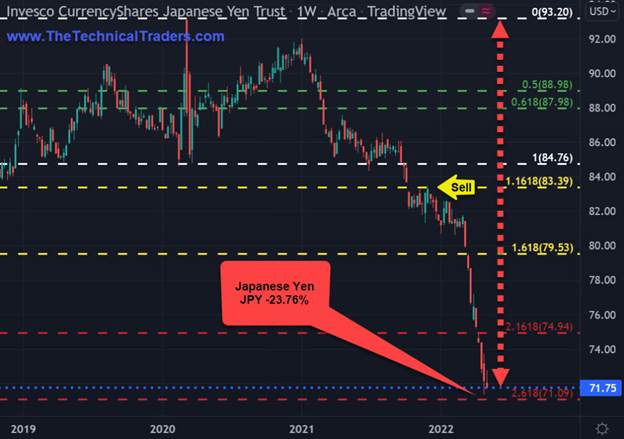