Houston, we have a stagflation problem. Now it's time for gold!

Experts from the World Bank finally admitted that the risk of stagflation is getting bigger and more real. For gold, however, that's pretty good news.

First they ignore you, then they laugh at you, then they fight you, and finally you win. Indeed, several months ago, pundits were dismissing the possibility of stagflation. The possibility that I was emphasizing almost from the very beginning of the pandemic-related economic crisis and the subsequent jump in inflation. In the summary of the Gold Market Overview for April 2021, I wrote:

This is exactly where we are right now. After months of saying inflation was temporary and laughing at warnings of stagflation, this time is different! In its latest report, Global Economic Prospects, the World Bank admitted that "stagflation risks are rising amid a sharp slowdown in growth." The institution reduced its global growth forecast from 5.7 percent in 2021 to 2.9 percent in 2022, which is significantly lower than the 4.1 percent that was predicted in January. What's really disturbing is that between 2021 and 2024, global growth is projected to have slowed by 2.7 percentage points—more than twice the deceleration between 1976 and 1979.

Oops! Houston, we have a problem! Indeed, as World Bank President David Malpass said in the foreword to the report, the risk of stagflation is likely now:

Amid the war in Ukraine, surging inflation, and rising interest rates, global economic growth is expected to slump in 2022. Several years of above-average inflation and below-average growth are now likely, with potentially destabilizing consequences for low- and middle-income economies. It's a phenomenon—stagflation—that the world has not seen since the 1970s (…).

The danger of stagflation is considerable today (…). Subdued growth will likely persist throughout the decade because of weak investment in most of the world. With inflation now running at multidecade highs in many countries and supply expected to grow slowly, there is a risk that inflation will remain higher for longer than currently anticipated.

Treasury Secretary Janet Yellen also admitted this month that she was wrong a year ago when she said she anticipated inflation would be "a small risk," "manageable" and "not a problem." In an interview for CNN, she said:

I was wrong about the path inflation would take. As I mentioned, there have been unanticipated and large shocks to the economy that have boosted energy and food prices. And supply bottlenecks that affected our economy so badly that I didn't, at the time, fully understand.

Rumors have it that Yellen has educated herself a bit recently. 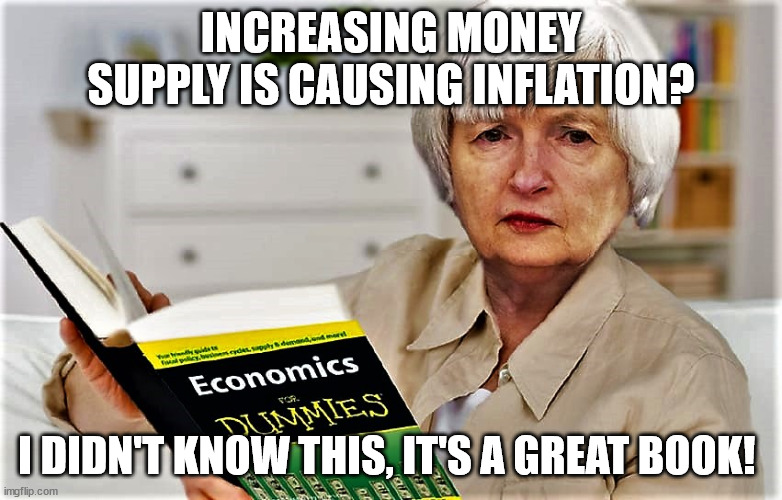 What does it all mean for the economy and the gold market? Well, policymakers usually don't admit that they were wrong. If they do, it's only because they know how bad it's about to get. The fact that the World Bank openly predicts stagflation is another indication that the economic situation is turning sour.

You see, to combat high inflation in the 1970s, the Fed was forced to hike interest rates so steeply that it triggered a global recession. As the chart below shows, the nominal 10-year Treasury yields have just briefly surpassed 3%, which is a relatively high level in recent times, but it's nothing similar to the levels seen in the 1970s and 1980s. What's particularly disturbing here is that the debt levels are much higher today than during the Great Stagflation, so the Fed's tightening cycle could be potentially even more harmful now. 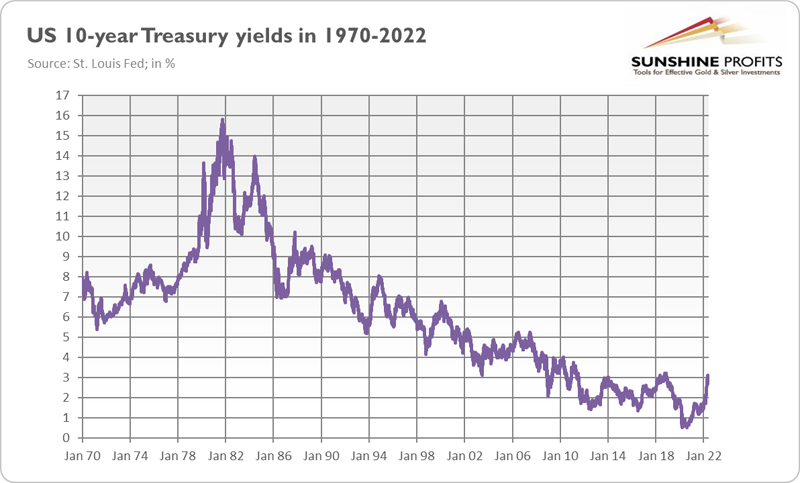 Stagflation should be positive for the gold bulls. The sample is small because there has only been one stagflation in the past, which overlapped with the end of the gold standard and the liberalization of the gold market, but still, a recession should make gold rally. The danger for gold is rising real interest rates, but the current path of monetary tightening is probably already priced in well by the markets, so only a more aggressive stance than the markets expect right now could harm the yellow metal. 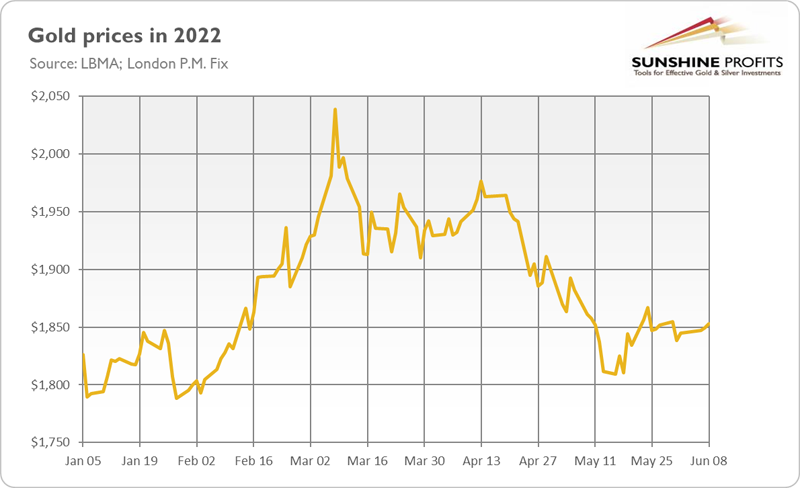 As the chart above shows, gold prices continue to trade around the $1,850 level, and it seems that gold is waiting for something to decide which path to take. Next week's Fed monetary policy meeting may provide a needed catalyst – we'll see!