Waiting on the Fed; how aggressive will tomorrow’s rate hike be?

Today the Federal Reserve began the June FOMC meeting which will conclude tomorrow. Up until last week’s CPI report, it was widely anticipated that the Federal Reserve would raise its Fed funds rate by ½%. However, the fact that inflationary pressures have risen to 8.6% in May has dramatically changed that assumption. 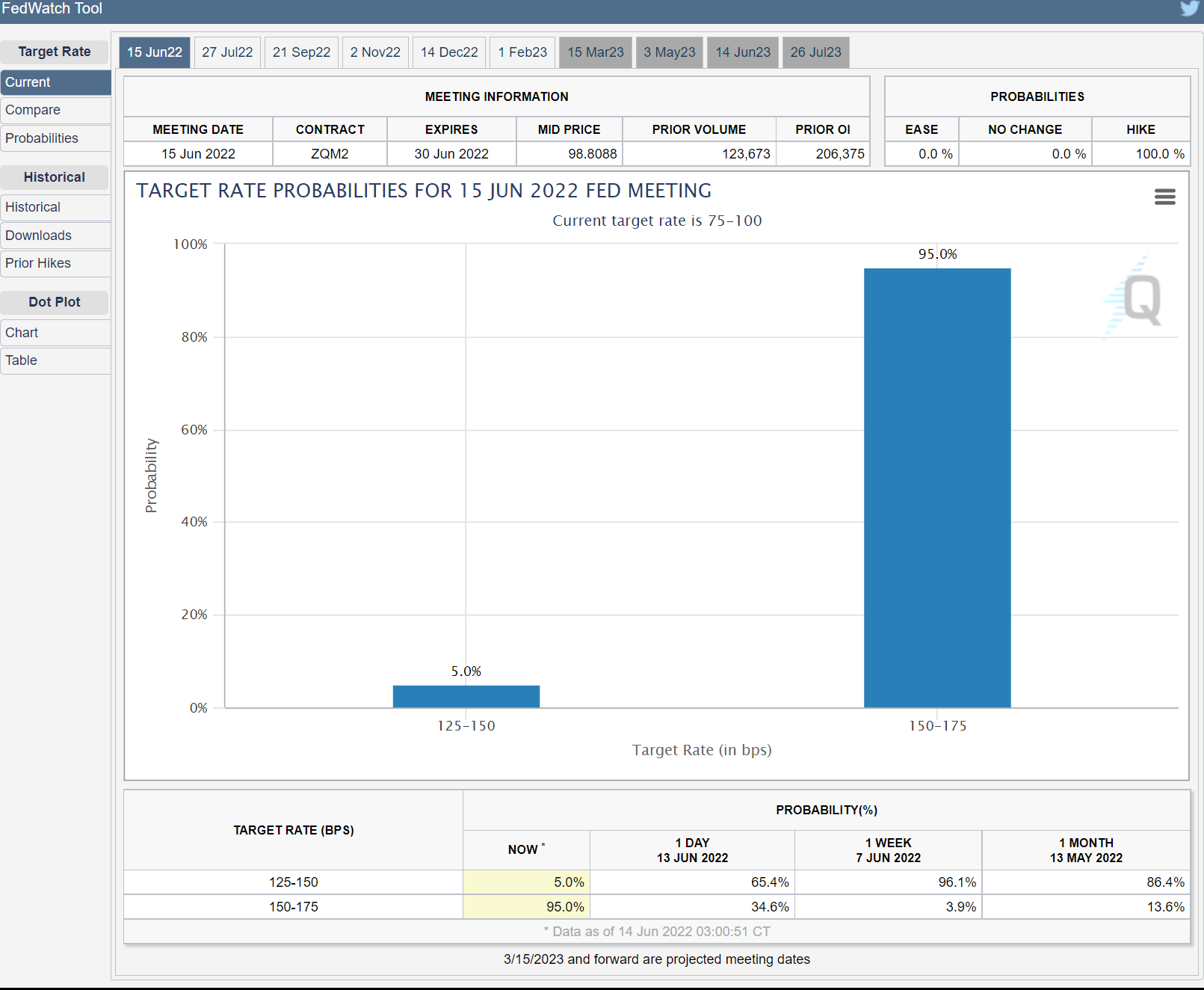 The high probability of a much more hawkish monetary policy by the Federal Reserve has pressured gold dramatically lower this week. Over the last two days, gold dropped roughly $70 per ounce after opening on Monday at $1880. As of 5:05 PM EDT gold futures basis, the most active August 2022 contract is currently trading at $1809.80 a decline of $22 (-1.20%) today and approximately $50 (-2.49%) yesterday. If the Federal Reserve enacts a 75-basis point rate hike tomorrow we could easily see gold prices drop below the key psychological level of $1800 per ounce. If the Federal Reserve continues to raise rates by 50-basis points we could see gold prices bounce higher because market participants have largely factored a more aggressive rate hike into current gold pricing. 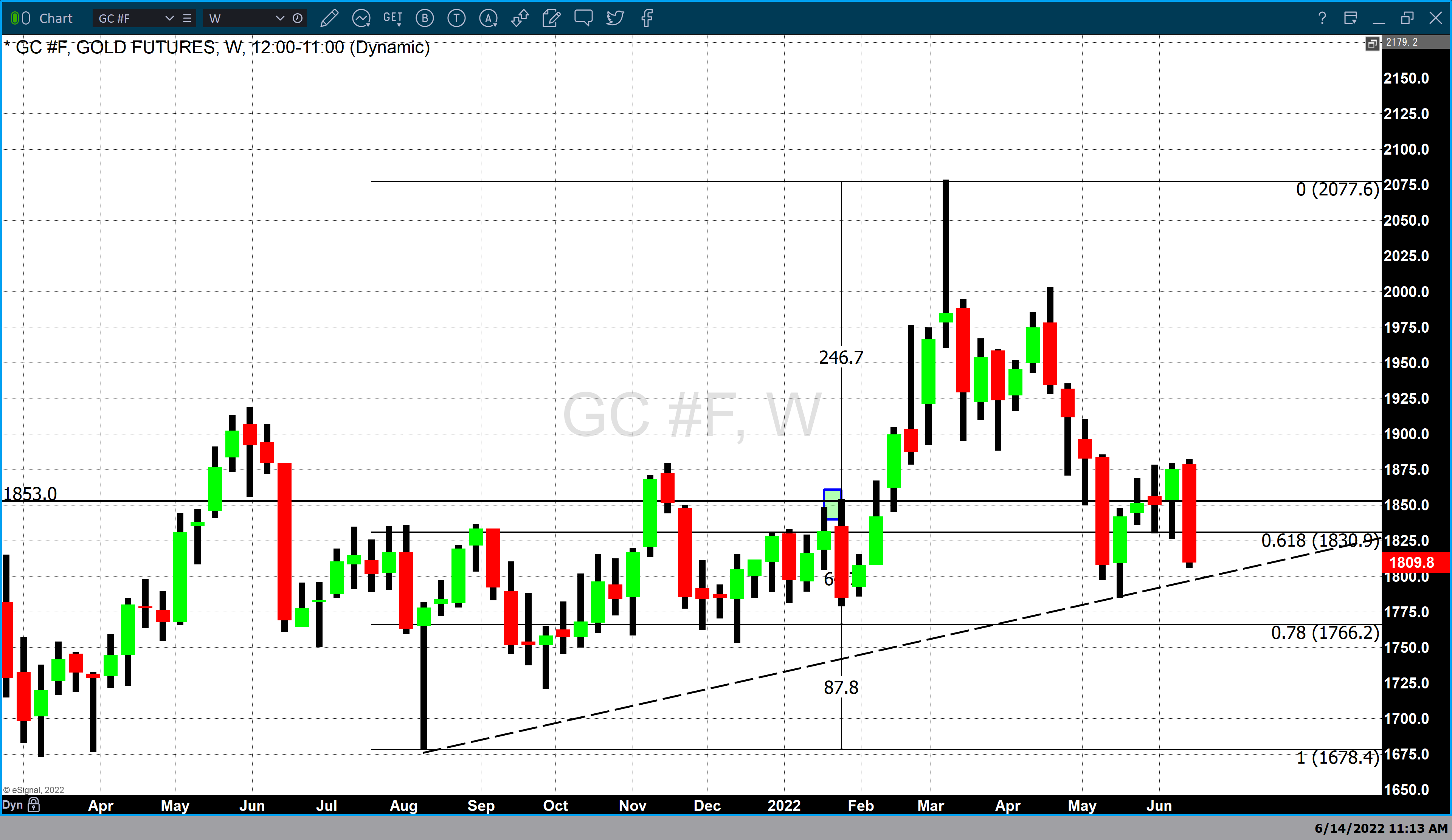