The Federal Reserve took the most aggressive action since 1994 announcing that they would raise rates by 75 basis points (3/4%) taking the fed funds rate to between 150 - 175 basis points. Traders and analysts had been factoring in a more aggressive rate hike on Monday and Tuesday following the release last week of the May inflation numbers vis-à-vis the CPI. Inflation rose to the highest level since the start of the pandemic which led to a recession that was followed by other disruptive events including extreme supply chain bottlenecks, Russia’s invasion of Ukraine, and Covid-related lockdowns in China.

“The Committee seeks to achieve maximum employment and inflation at the rate of 2 percent over the longer run. In support of these goals, the Committee decided to raise the target range for the federal funds rate to 1-1/2 to 1-3/4 percent and anticipates that ongoing increases in the target range will be appropriate. In addition, the Committee will continue reducing its holdings of Treasury securities and agency debt, and agency mortgage-backed securities, as described in the Plans for Reducing the Size of the Federal Reserve's Balance Sheet that were issued in May. The Committee is strongly committed to returning inflation to its 2 percent objective.”

The Federal Reserve has long maintained a dual mandate of maximum employment and an inflation rate of 2%. Chairman Powell alluded to a strong possibility that there would be more 75 basis point rate hikes at the next FOMC meeting in July. During his press conference Chairman Powell said that further rate hikes of either 50 or 100 basis points would “most likely” be the appropriate outcome of the central bank’s next meeting in July.

Today’s statement also addressed the Fed’s current economic outlook which anticipates an economic contraction taking the GDP growth rate to 1.7% this year, unemployment rising to 3.7%. Furthermore, they are forecasting that unemployment will rise to 4.1% through 2024. These numbers indicate that it is obvious to the Federal Reserve that its plan to continue to raise interest rates will lead to a further economic contraction and a higher unemployment rate. The committee also acknowledged that inflation levels will remain elevated with the PCE index trending at approximately 5.2% throughout the remainder of this year and gradually reducing to 2.2% in 2024.

The Federal Reserve’s aggressive rate hike and downward revision of GDP were factored into market pricing over the last two trading days. That being said. I still believe that market participants' reaction to today’s aggressive rate hike and downward revision of their economic outlook was an odd one resulting in U.S. Treasury yields moving lower, dollar weakness, along with rallies in U.S. equities and the precious metals markets. 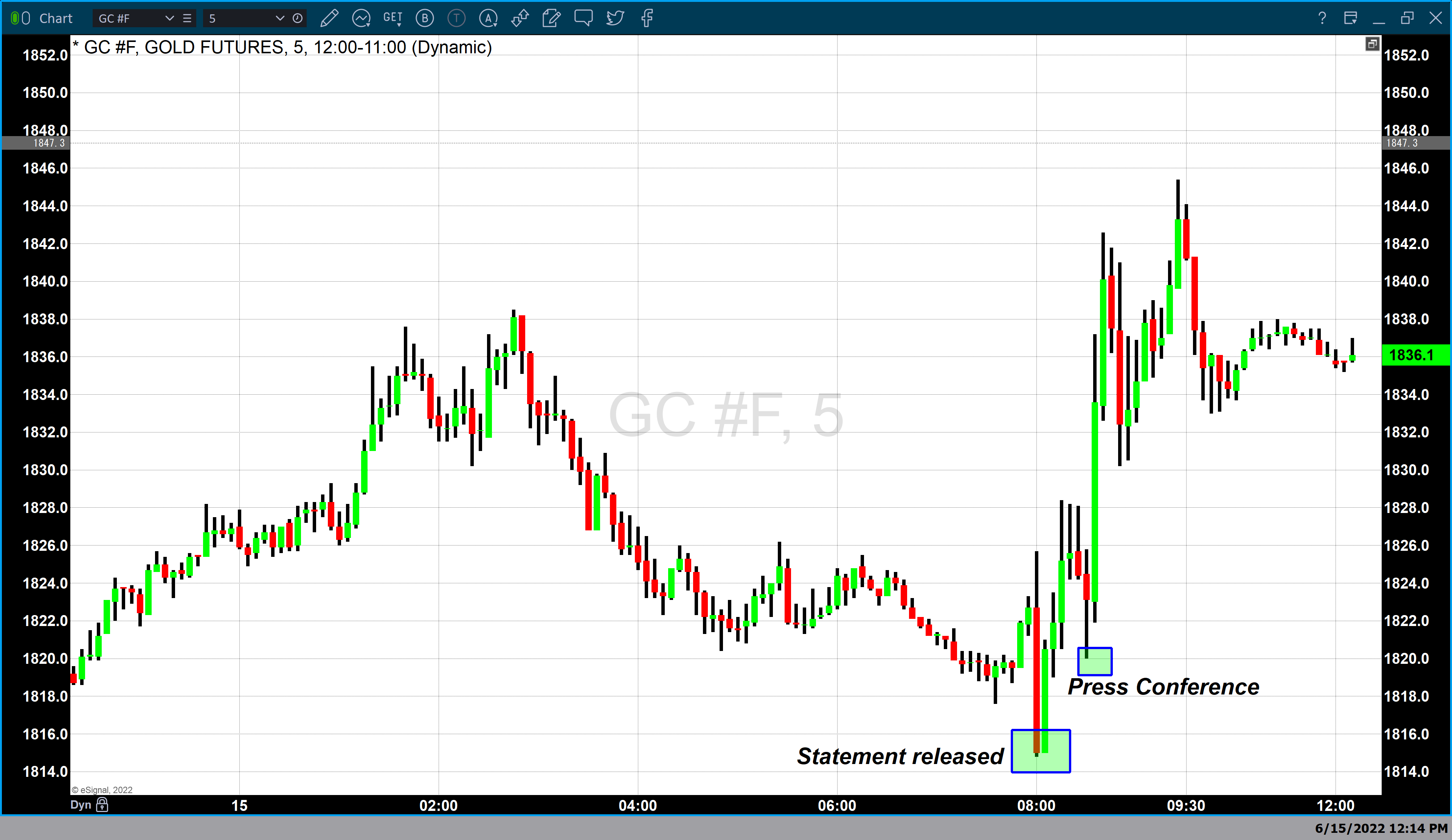