Gold holds above key support, and the tug-of-war continues

Whether you describe the underlying cause of recent changes in financial assets as a tug-of-war, double-edged sword, or battle of opposing forces, inflation versus rising rates continues to cause market sentiment to oscillate. Depending on if inflation or rates are the primary focal points of market participants. That sentiment results in bullish or bearish currents for gold and the dollar as safe-haven assets.

Today, gold traded to a high of $1850.30 a low of $1824.50 and as of 5:55 PM, EDT had a fractional uptick. Gold futures had a trading range of approximately $25 but only managed to gain $0.90 on the day. August gold futures are currently fixed at $1839.70. This could be cited as a true example of opposing forces yielding no victory for either faction. With the FOMC meeting out of the way for this month, traders are awaiting the most recent inflationary data.

Today’s fractional gains in gold prices are occurring in conjunction with dollar weakness which provided tailwinds for pricing. The dollar index lost 0.2% today and is currently fixed at 104.00. Crude oil recently has traded as high as $123 per barrel. However, oil prices have softened and are currently fixed at $104.19. While crude oil prices are certainly still elevated and above $100 per barrel, oil has retreated over 15% in the last two weeks.

On Thursday, June 30 the government will release the Personal Consumption Expenditures Price Index (PCE) for May. The CPI (Consumer Price Index) showed no indication that inflationary pressures were abating, in fact, it showed just the opposite with the inflation index running at its highest level since the pandemic at 8.6%. The most recent report for the Personal Consumption Expenditures Price Index was 6.3% in April, 6.6% in March, and 6.3% in February.

Chairman Powell refers to this index as a measurement of news headlines because it includes costs of both food and energy which is stripped out of the PCE which is a measure of core inflation. Because the tools of the Federal Reserve cannot address changes in energy and food costs the Federal Reserve prefers the PCE to the CPI.

The PCE inflation report will be a key component aiding Federal members at the July FOMC meeting as they determine potential changes in their tightening monetary policy. During the press conference of the FOMC meeting this month Powell said that it is highly likely that the Fed will raise rates by three quarters of a percent or 75 basis points once again in July.

With the latest economic outlook from the Federal Reserve indicates an economic contraction and reduced GDP coupled with a higher unemployment rate certainly opens the door for the possibility of stagflation. Next week’s PCE report will a major part of the data-dependent decisions made by the Federal Reserve. 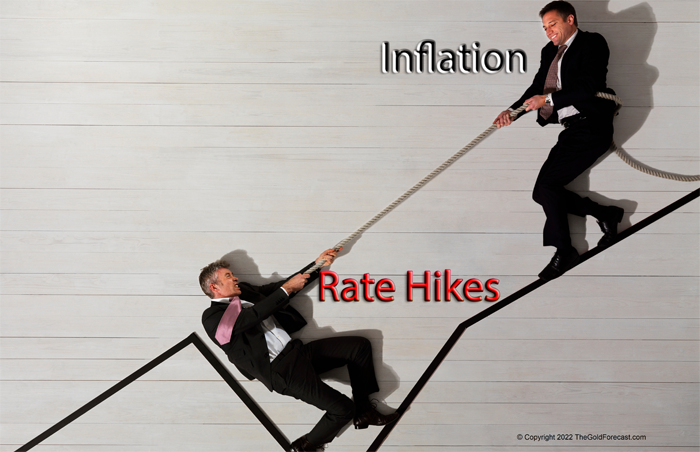