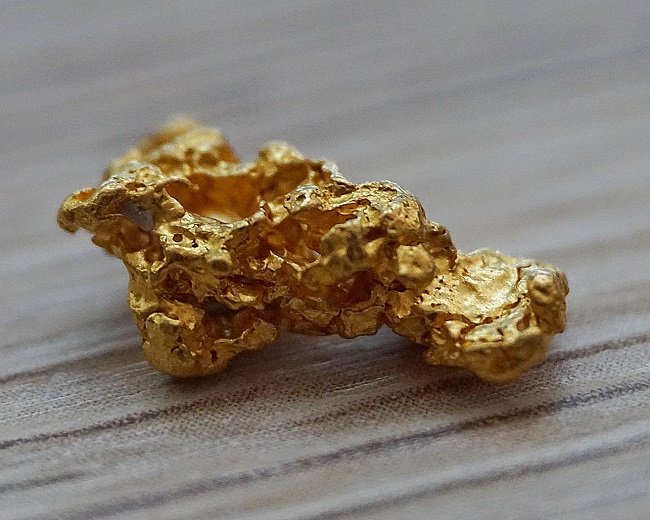 The gold complex came under more pressure this week on the reiteration by the US, UK, and European central banks that they are willing to do whatever it takes to combat inflation at the Annual ECB Forum on Wednesday. This was followed by more selling into quarter-end on Thursday, despite U.S. 10-year Treasury yields moving below 3%.

During the European Central Bank live-streamed event from Portugal, Fed Chair Jerome Powell said the central bank was running against the clock to beat inflation. Fed policy makers have no choice but to keep raising interest rates to achieve this, although there is no guarantee that it can provide a soft landing for the economy, Powell said.

“Is there a risk we would go too far [with rate hikes]?” Powell stated. “Certainly, there’s a risk. The bigger mistake to make, let’s put it that way, would be to fail to restore price stability.” The U.S. has experienced continuously higher inflation for more than a year, and it would be "bad risk management" to just assume that those longer-term inflation expectations "will remain anchored indefinitely in the face of persistent high inflation," Powell added.

Getting inflation back to the Fed's 2% target will involve "some pain," the increasingly frustrated Fed chair reiterated, but noted that "the worst pain would be from failing to address this high inflation and allowing it to become persistent."

Overall, recession talk has grown as U.S. data continues to disappoint and commodity pricing responds to deliberate Fed-induced demand destruction. And as the world’s largest central bank continues to make adjustments to its "unconditional" fight for price stability, recession risks are getting more visible in the daily macro data.

According to the Federal Reserve Bank of Atlanta's GDPNow model released mid-week, the U.S. economy is expected to contract by 1% in the second quarter, alarmingly down from the June 27th forecast of +0.3%. With the Commerce Department on Wednesday showing that U.S. GDP contracted by 1.6% for the first quarter versus the 6.9% growth in the fourth quarter of last year, the combined data puts the U.S. economy currently in recession with back-to-back negative quarterly GDP.

Moreover, the sharp decline in U.S. 10-year Treasury bond yields this week is threatening to cause the yield curve between ten-year and two-year bond yields to invert. A drop of the shorter yield over the longer yield is another sign of recession.

Up next on the U.S. inflation data docket the following day was the Fed’s preferred measure of inflation. The Personal Consumption Expenditures (PCE) price index was released on Thursday morning. According to the Commerce Department, core personal consumption expenditures spiked 4.7% YoY. Although this marks a 0.2 percentage point decline from April, the levels remain at a high not seen since the early 1980s. Headline inflation naturally rose higher after rising 6.3% YoY and 0.6% from the month prior.

The initial reaction to the PCE data influenced the gold price higher towards $1825 as it was perceived that this report would decrease the size of the next rate hike in late-July. But the optimism was short-lived, as the bears gained control to print a $20 reversal in the gold price on the last day of Q2 Comex trade to close at $1807.

The recent decline in yields supports gold but at the same time, risk aversion is pushing commodity prices to the downside and the U.S. dollar higher. Although Gold Futures managed to end Q2 above the key $1800 level, the safe-haven metal printed its worst quarter in five as the U.S. dollar hovered near a recent two-decade peak and posted its best quarter in over seven years.

Meanwhile, both the mining complex and silver continue to show relative weakness to the gold price and closed at fresh two-year monthly lows on Thursday. Going into the 3-day U.S. holiday weekend, the silver price is in danger of losing the psychologically significant $20 level.

Furthermore, miner capitulation selling has been relentless since a false breakout in the complex took place in mid-April, reaching a “Contrarian Dream Zone” as we head into the second half of 2022. With investors throwing in the risk asset towel as the Fed barrels down a dangerous road towards an imminent policy error, the extreme oversold miner sector is likely coming close to a significant bottom.

On Thursday, the GDXJ briskly sold down to $32, which is the 50% retracement level from its August 2020 peak at $64 and was last seen when gold was being offered at $1375 per ounce three years ago. The junior miner ETF also closed the farthest below its monthly Bollinger Band support line since its inception in 2009. When combined with trading at the weekly Relative Strength Index (RSI) near 30, these are technical indications of the junior miner sector closing in on a near-term upside reversal.

The JMJ service provides complete transparency into my trading activities and teaches investors how to navigate the high-risk/high-reward precious metals junior sector. Subscribers are provided a carefully thought-out rationale for buying individual stocks, as well as an equally calculated exit strategy. If you require assistance in accumulating a basket of quality juniors, and would like to receive my research, newsletter, portfolio, watch list, and trade alerts, please click here for instant access.