Gold is always greatly influenced by dollar strength or weakness. Because gold is paired against the U.S. currency, the dollar is always a major component of price changes. Today extreme dollar strength was the dominant driving force that caused a modest decline in gold pricing. 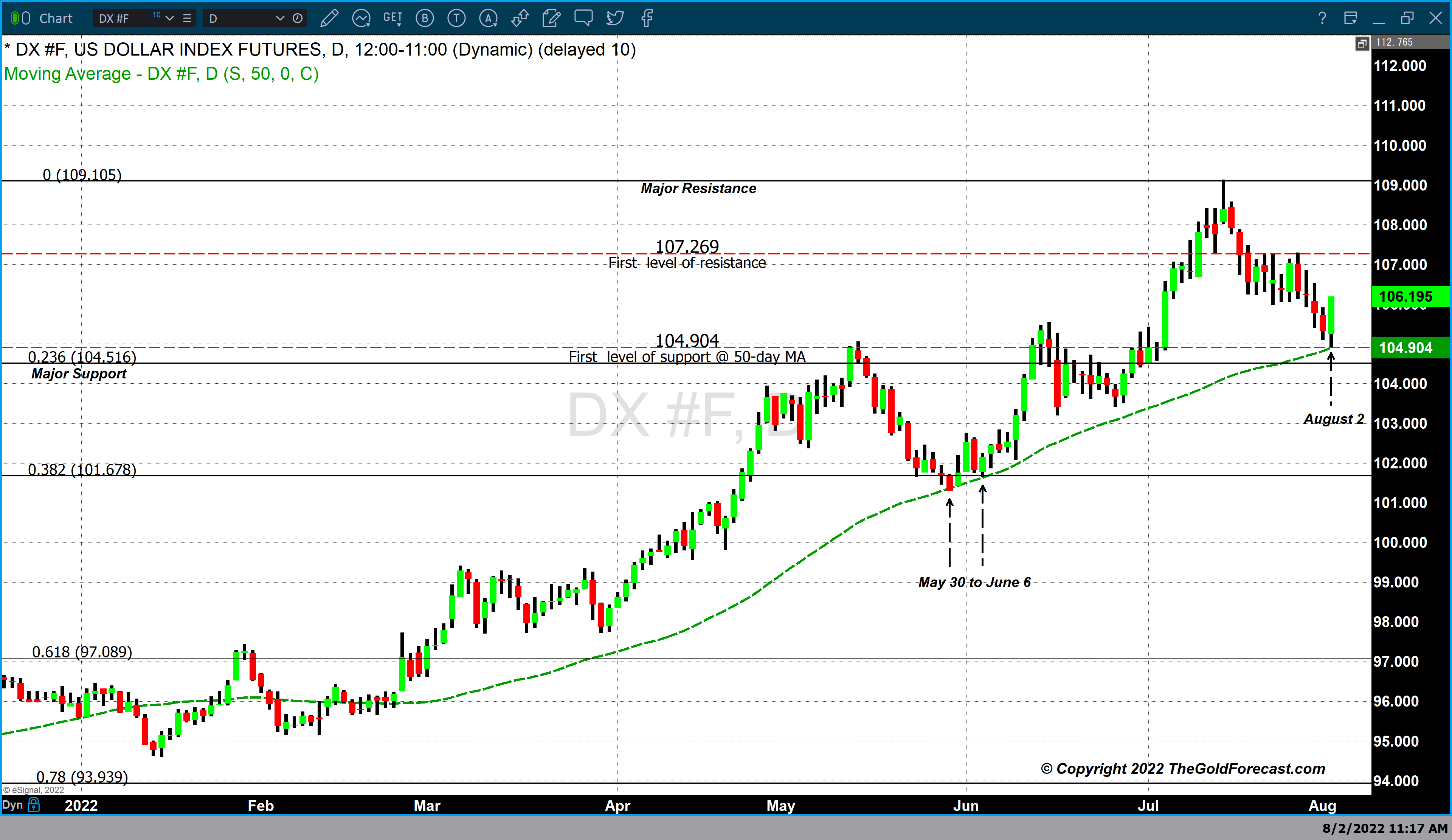 The first occurrence happened on the week of May 30 to June 6, between those two dates gold hit upon the 50-day M.A. and bounced upward from 50-day M.A. confirming technical support. The second instance occurred in trading today with the dollar index trading just 0.016 points above the 50-day M.A. 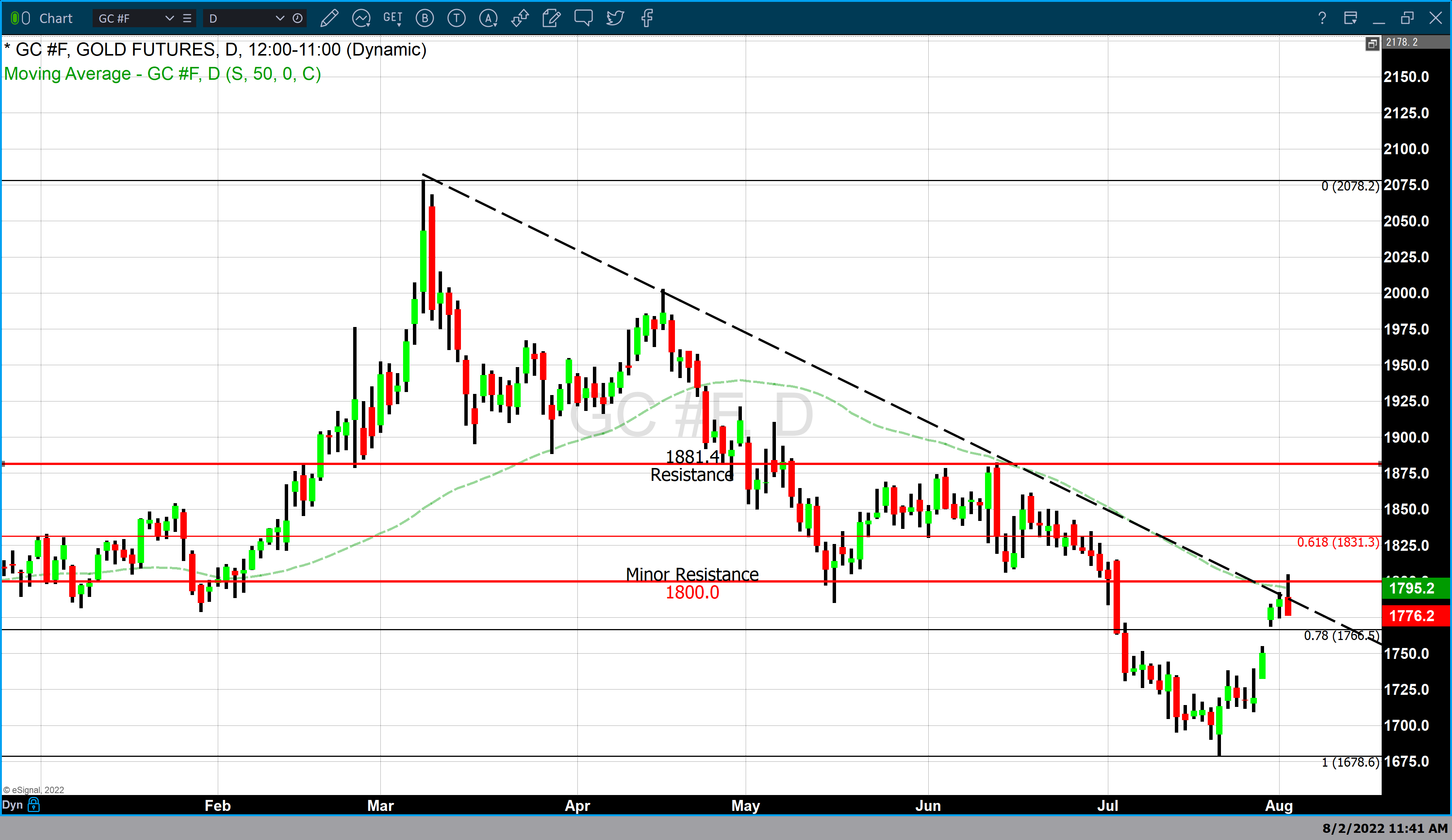 Gold futures are trading modestly lower today with the most active December Comex contract currently fixed at $1776.20 after factoring in today’s decline of $11.50 or 0.46%. Since the percentage decline in gold is less than the percentage gain in the U.S. dollar it is evident that there is fractional buying with dollar strength overtaking any potential gains.

Both dollar strength and weakness in gold are directly tied to statements made by Federal Reserve members today. In an interview with CNBC, Mary Daly, the San Francisco Federal Reserve Bank president said that “the Fed is nowhere near being done in its fight against inflation.” She also said that the central bank will continue to raise rates as much as necessary to bring down high inflation.

“Americans need to know they don’t have to worry about inflation when they wake up in the morning,”

However, Chicago Fed President Charles Evans maintained a less hawkish stance saying that he hoped the “Fed could raise rates at a slower pace later in the year. Yet it would depend on whether inflation begins to slow.”

These statements indicated a less dovish tone than expressed by Chairman Powell recently resulting in dollar strength and today’s decline in gold.