This week gold futures have traded above $1800 twice, on Tuesday and today. But today’s break above $1800 differs because gold closed above this key psychological price point. Today’s solid gains were based upon two major fundamental concerns, these fears were both foreign and domestic in origin.

Domestic fears of a recession

On July 28 the government released the advance estimate of the second quarter GDP. The report revealed that the GDP had decreased at an annual rate of 0.9% during the second quarter of 2022. Earlier this year the BEA reported a decrease in the first quarter GDP of 1.6%. The widely accepted definition of a recession is an economic contraction over two consecutive quarters.

This means that it is likely that we are currently in or about to enter a recession which is why tomorrow’s jobs report is so important. Friday’s employment report will provide data needed to measure whether the American economy is in a recession. The fear of a disappointing jobs report pressured yields on US treasuries and the dollar lower today. 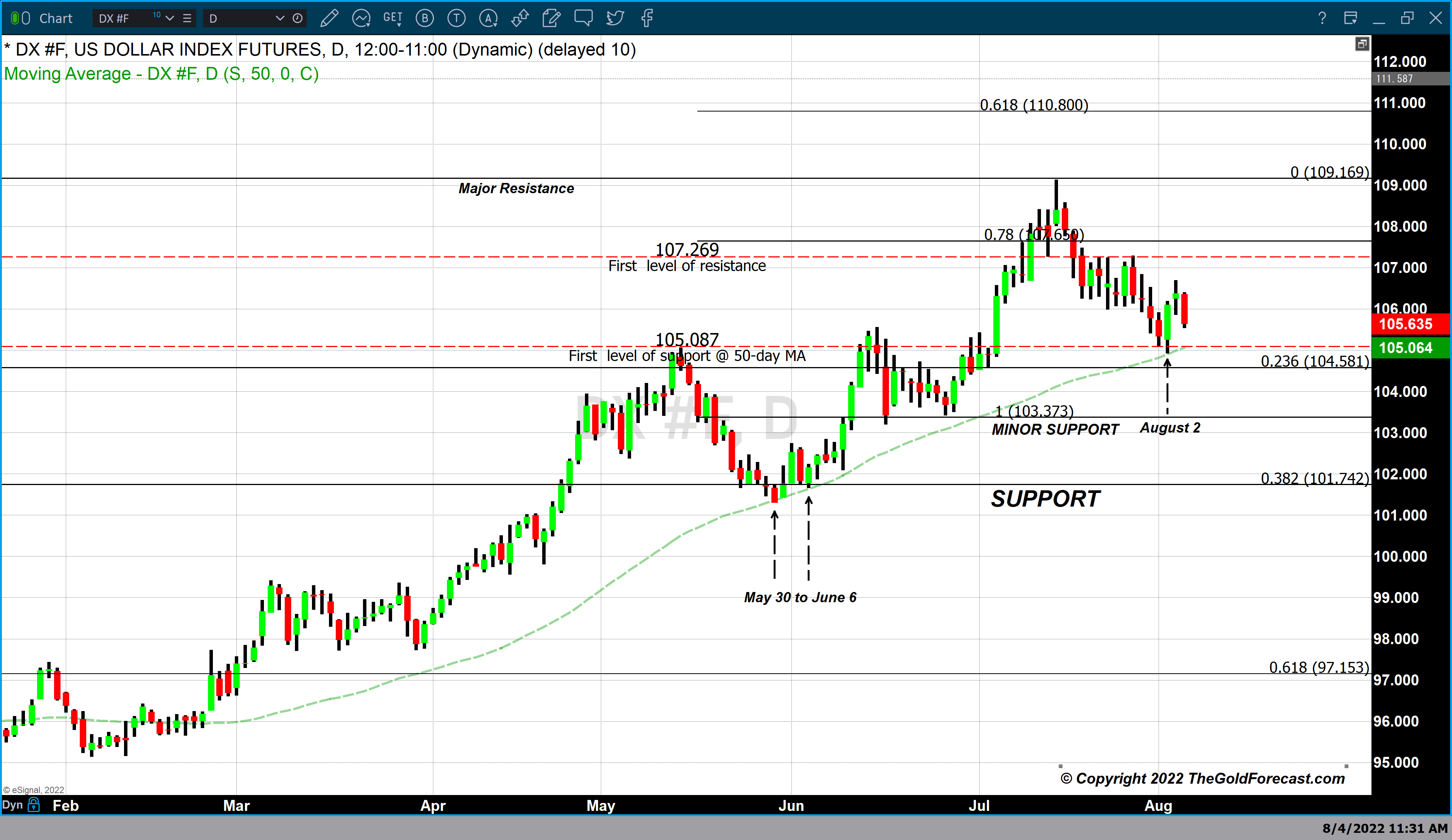 Traders bid the precious yellow metal higher not only because of the economic uncertainty but also because of the geopolitical uncertainty and increased risks that began after Nancy Pelosi, Speaker of the House of Representatives arrived in Taiwan on Tuesday. Speaker Pelosi was the highest-ranking American official to visit Taiwan in 25 years. Shortly after her arrival Pelosi said that her visit was a sign of the United States' “unwavering commitment to support Taiwan’s vibrant democracy”.

China’s response to Pelosi’s visit and statements were immediate and resolutely expressed not only through statements but also by a show of military strength. China’s Foreign Minister Wang Yi described Pelosi’s visit as "manic, irresponsible and irrational".

China flexed its military might by launching the largest military exercise in the Straits of Taiwan immediately following Pelosi’s visit. During the exercise, China fired multiple missiles. According to sources in Taiwan China launched at least 11 ballistic missiles into the waters around Taiwan’s North-East and South-West coasts. Japan said that five Chinese missiles landed in its waters as well.

The combination of both foreign and domestic uncertainty greatly increases the demand for gold. Concern that the United States economy has deteriorated into a recession has softened demand and appeal for US Treasuries and the dollar as a go-to safe-haven asset. Fear resulting from the geopolitical uncertainty and risks from speaker Pelosi’s visit to Taiwan and China’s strong response has resulted in strong bullish sentiment for safe-haven assets such as gold and silver.

On a technical basis, the fact that gold broke and closed above $1800 and is now above its 50-day moving average is significant. It strengthens the idea that the recent correction has concluded.

However, one critically important technical milestone needs to occur to be able to confirm that market sentiment has turned bullish. The milestone is simple to state, gold needs to trade to a higher high than the previous high of $1880.