Investors are laser-focused on the Jackson Hole Economic Policy Symposium

This year’s Jackson Hole Symposium will unquestionably be the most important event this month. Central bankers and analysts will face a unique economic backdrop much different than last year’s symposium. Last year inflation was running at approximately 5% and the assumption amongst the vast majority of central bankers and policymakers was that inflation was transitory. The assumption was that the supply chain bottlenecks and issues that were a large component moving inflation higher would unwind naturally. 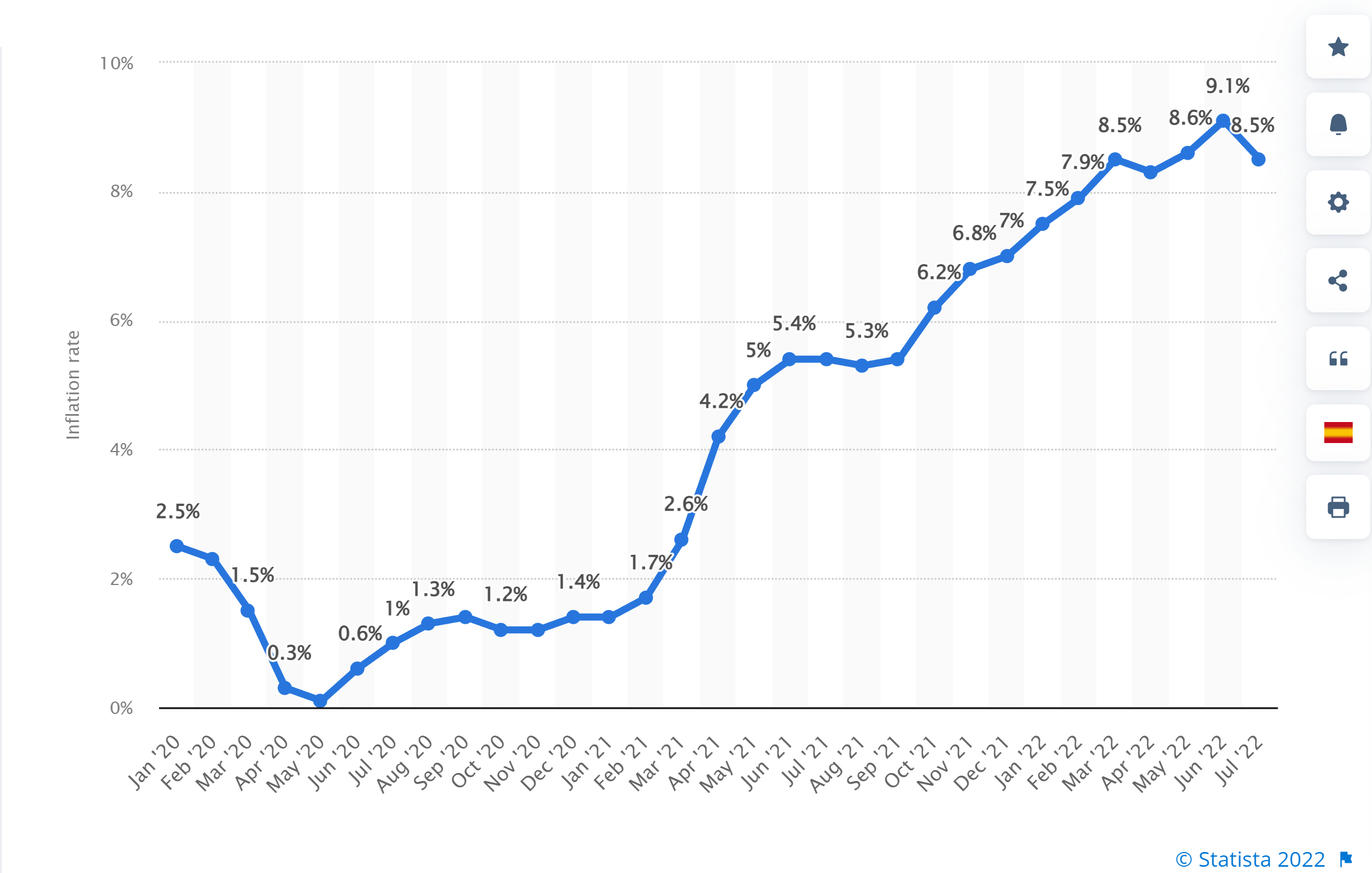 With inflation currently at 8.5%, market participants are bracing themselves for Chairman Jerome Powell’s Keynote speech on Friday. The expectations are currently rather high that the chairman will unveil an extremely hawkish tone in regards to their aggressive monetary policy of interest rate hikes to effectively reduce inflation that is still at a 40-year high. However, his upcoming speech contains an extreme amount of uncertainty as to whether or not the Federal Reserve expresses an extremely hawkish tone or the opposite in which Powell signals that the Federal Reserve might ease off of its extremely aggressive rate hikes.

Powell might take a more dovish stance based on recent reports revealing a major contraction in the U.S. economy. The new home sales report revealed that sales have plunged to the lowest level in six years. The S&P Global U.S. service sectors index declined from 47.3 to 44.1. This was the fifth consecutive decline resulting in the weakest numbers since May 2020. Also, the U.S. manufacturing index dropped from 52.2 to 51.3 the lowest level in two years.

Chairman Powell is faced with an extremely delicate dilemma in which the necessary steps to reduce inflation could easily lead to a deeper economic contraction that could result in a “hard landing” taking the U.S. economy into a recession.

It is clear that the Federal Reserve was extremely slow to react to rising inflation and the series of four consecutive interest rate hikes over the last four FOMC has had a profound impact resulting in a strong economic contraction. The Fed did too little too late and is now facing a much more difficult challenge which is to effectively bring inflationary pressures down without a further major economic contraction.

As of 5:45 PM EDT gold futures basis, the most active December contract is fixed at $1764.20 after factoring in today’s modest increase of $3.00. The dollar is in essence unchanged and U.S. equities also had fractional gains.

In other words, market participants and investors are waiting to glean any information on the Federal Reserve’s upcoming monetary policy. Regardless of what Fed members and Chairman Powell say it most certainly will have a profound impact on the financial markets.