Chairman Powell delivered a resolute keynote speech at this year’s Jackson Hole Economic Symposium this morning that shook the financial markets to their core. In essence, his message underscored that the Federal Reserve will continue its hawkish monetary policy and keep raising interest rates in its fight against the spiraling level of inflation. Although inflation had a modest decline from 9.1% to 8.5% last month it is still at a 40-year high.

The Chairman put to rest any belief that the Fed would reverse its current course of strong and concurrent rate hikes at each FOMC meeting for an extended period of time.

In his speech, he said, “Restoring price stability will likely require maintaining a restrictive policy stance for some time. The historical record cautions strongly against prematurely loosening policy.”

He reinforced the Federal Reserve’s commitment to attempt to restore inflation to its 2% target saying that the central bank’s “overarching focus right now”. Although he went to his go-to playbook which is to be noncommittal in terms of specifics of how large the next rate hike will be at the September FOMC meeting he did not mince his words when he said that another “unusually” large increase in the benchmark lending rate could be appropriate when officials gather next month.

According to the CME’s FedWatch tool, there is a 60.5% probability that fed funds rates will move to 300 to 325 basis points at the next FOMC meeting. This would mean that the Federal Reserve will have raised rates by 75 basis points over the three consecutive Federal Open Market Committee meetings.

He also put to rest that the Federal Reserve will be able to effectively reduce inflation without an economic “hard landing” and recession by its knowledge and that restoring inflation to a 2% target will cause consumers and businesses to feel economic pain.

He said that “restoring price stability will require a sustained period of below-trend growth and a weaker labor market. He acknowledged that the future actions of the Federal Reserve will bring some pain to households as well as businesses.

The financial markets were quick to react strongly to his keynote speech which moved U.S. Treasury yields and the dollar higher. U.S. equities had a strong and decisive selloff today as a direct result of his statements with the Dow Jones industrial average declining by 3.03%, the S&P 500 declining by 3.37%, and the NASDAQ composite index declining by 4.1%. 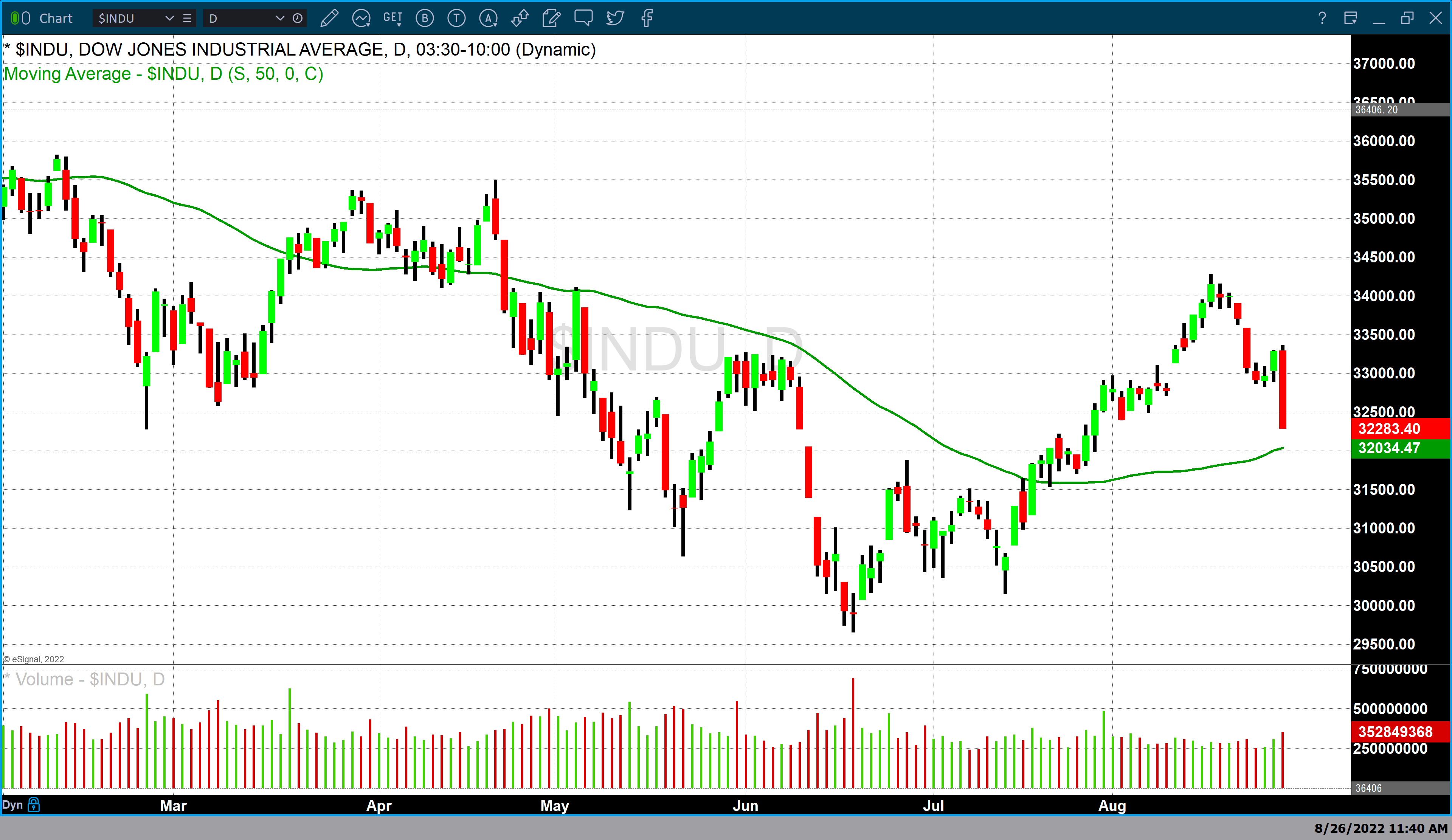 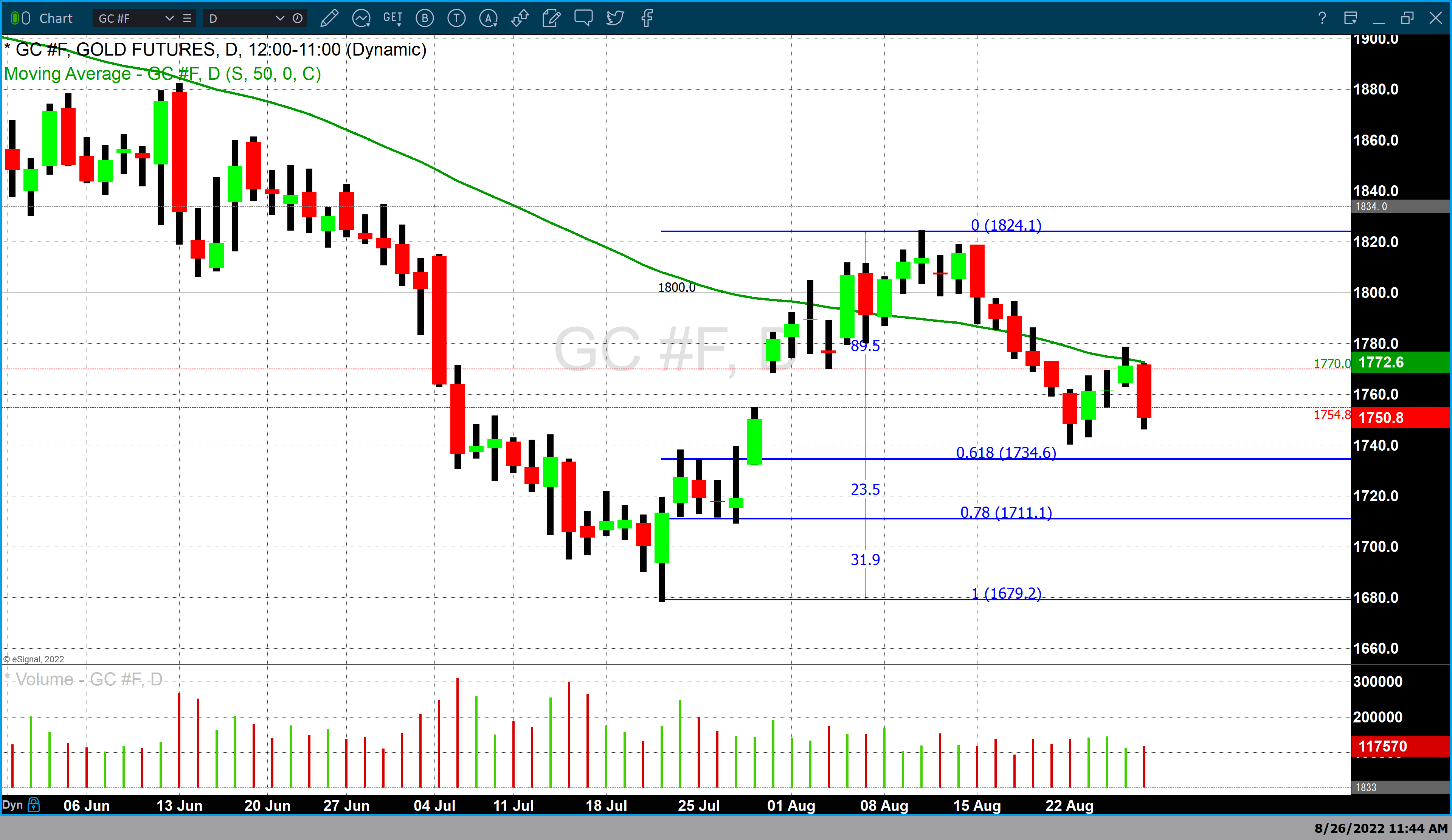 The question remains as to how effective the Federal Reserve’s extremely hawkish monetary policy is in reducing inflation from a 40-year high to its 2% target. More importantly, market participants are concerned with how deep the fallout and price decline of the financial markets will be as the Fed expects to raise rates to at least 3.4% by the end of the year and 3.8% by the end of 2023. Many analysts including myself believe that interest rates need to be at least 4 ½% to effectively challenge this extremely high level of inflation.

Lastly, his keynote speech made it clear that bringing inflation to a 2% target will be a multiyear task which means that it is highly unlikely that the Federal Reserve will achieve its goals without creating such a dramatic economic contraction that a deep recession will be unavoidable.