Tomorrow at 8:30 EDT, the BLS (Bureau of Labor Statistics) will release the latest inflation report vis-à-vis the CPI index for August 2022. This will be the most recent data that the Federal Reserve will have on inflation and therefore be a key component to their decision on the size of the next rate hike during next week’s FOMC meeting.

Recent comments by Federal Reserve members including the chairman have indicated a laser focus on bringing inflation down to acceptable levels. Chairman Powell, Vice Chair Lael Brainard, and Fed Governor Christopher Waller amongst others have been resolute on their conviction to “do whatever it takes” to bring inflation down.

On Friday, Fed Governor Christopher Waller indicated that he would back another 75-basis point interest rate increase.

According to the CME’s FedWatch tool, there is a 92% probability that the Federal Reserve will raise rates by 75 basis points at next week’s Federal Open Market Committee meeting.

Inflation continues to run exceedingly hot peeking in June at 9.1% and 8.5% in July. The vast majority of analysts and economists are forecasting that inflationary pressures will continue to decline fractionally in August.

The US News expects the CPI report for August to decline to 8%, and possibly be as low as 7.9%. Dow Jones and Bloomberg are also forecasting that the CPI for all items is projected to decline by 0.1% month-over-month which would take “headline” CPI by 28% year-over-year. 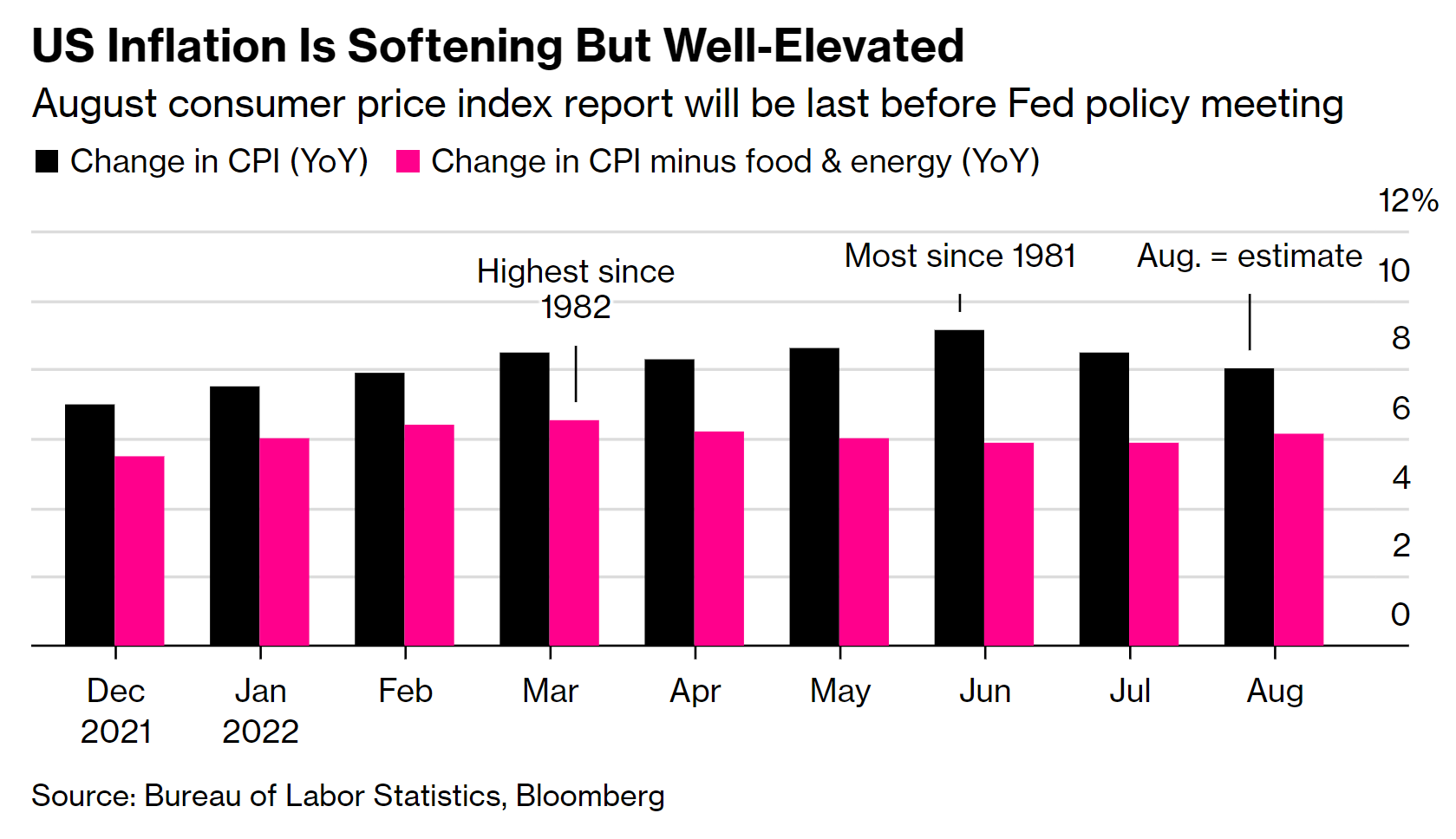 According to forecasts, tomorrow’s CPI report could reveal a mixed message. There is a unanimous consensus that tomorrow’s report will show a decrease in inflationary pressures. However, the core CPI forecast which strips out energy and food costs is expected to climb from 5.9% to 6.1% year-over-year. There is also a consensus that lower levels of inflation are unlikely to change the decision of the Federal Reserve next week to raise rates by another three-quarter of a percent.

According to Bloomberg Economics, “The ‘totality’ of the data that Fed Chair Jerome Powell will follow shows few signs of cooling in the economy, and perhaps even some acceleration.” 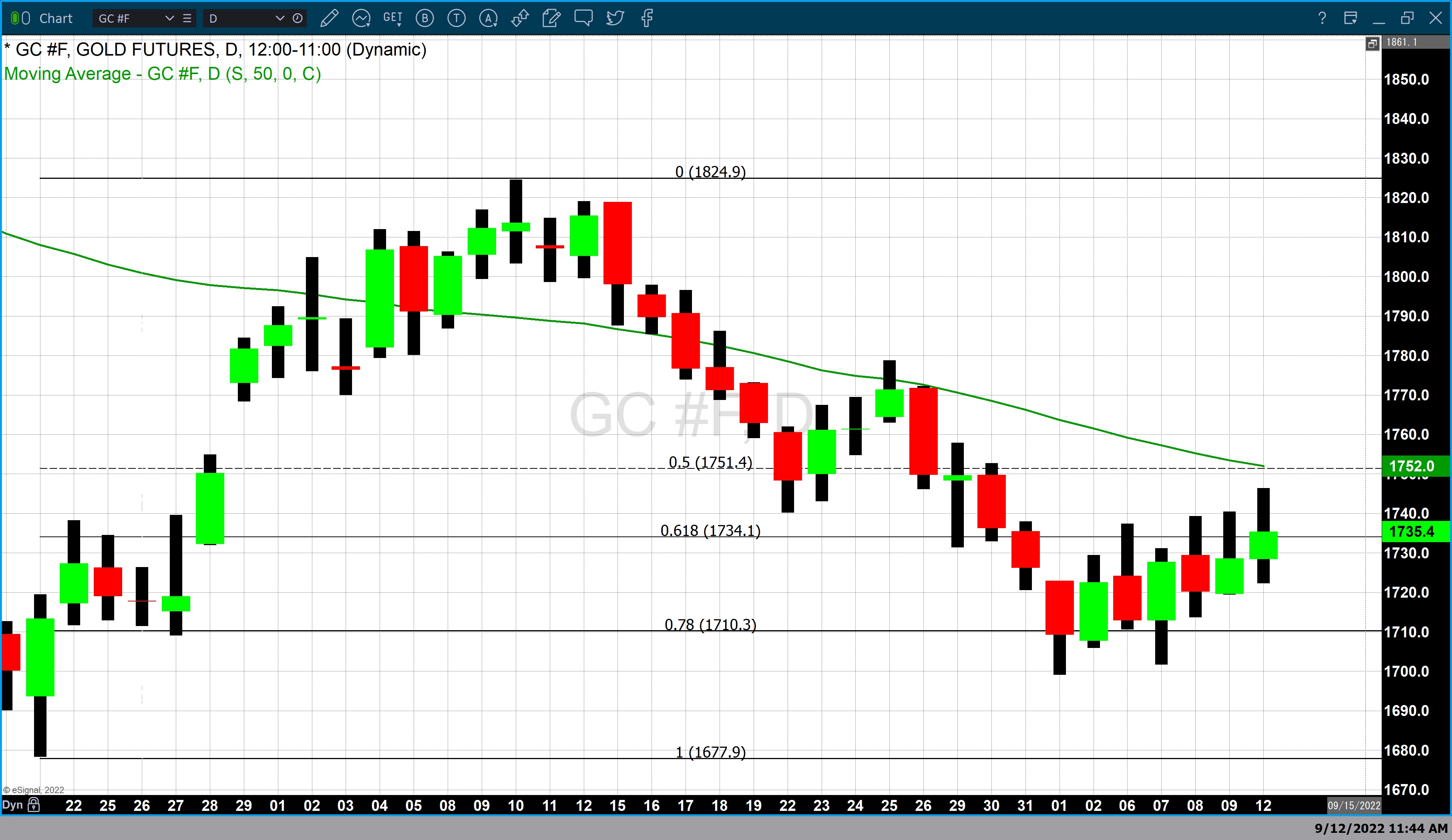 Nonetheless today we saw both the dollar and yields on U.S. debt instruments soften and the precious metals gain value across the board. As of 5:35 PM EDT gold futures basis, the most active December Comex contract is currently fixed at $1735.40 which is a net gain of $6.80 on the day or 0.39%. Silver had the strongest performance amongst the precious metals gaining 5.34% or $1.00 taking the most active September futures contract to $19.77. 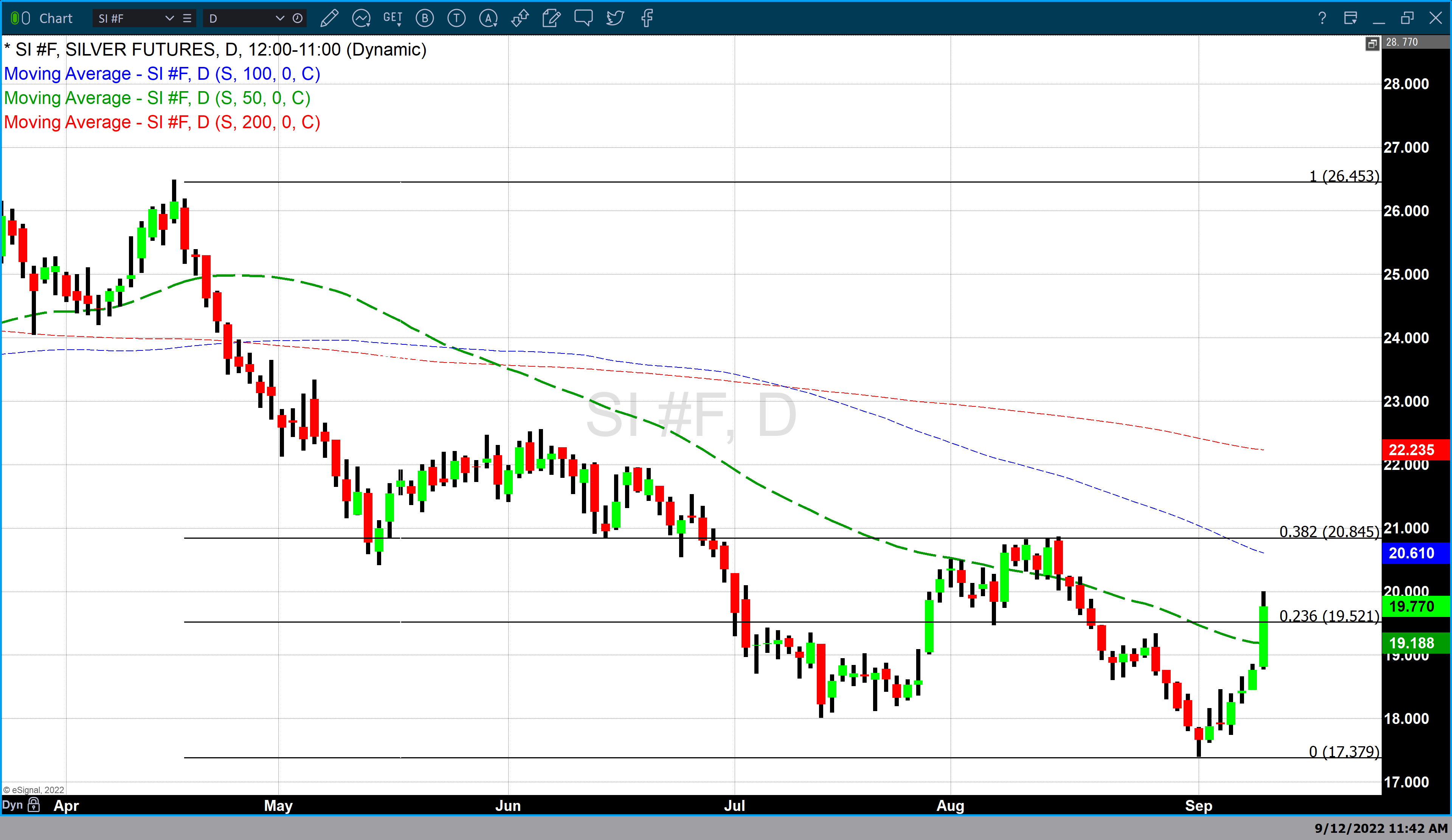