Gold slides 1.63% with dollar strength accounting for almost 100% of the move

Today the government reported a fractional decline in headline inflation through the release of the August CPI inflation report. The August 2022 CPI report revealed that inflation was both stickier and larger than expected, with the actual numbers exceeding the forecasts by major economists and analysts. The report revealed that headline inflation increased by 0.1% month over month and fell from 8.5% year-over-year in July to 8.3% in August. Economists were expecting a deeper decline in inflation to between 7.9% and 8% YoY.

The fallout in the financial markets was profound running across almost every asset class. Equities experienced one of the deepest daily selloffs with the Dow Jones industrial average losing 1276.37 points or 3.94%. On September 7 the Dow Jones industrial average began an extremely short-lived rally. Moving higher for four consecutive trading days, from 31,147 to 32,376 points at the close of trading yesterday. 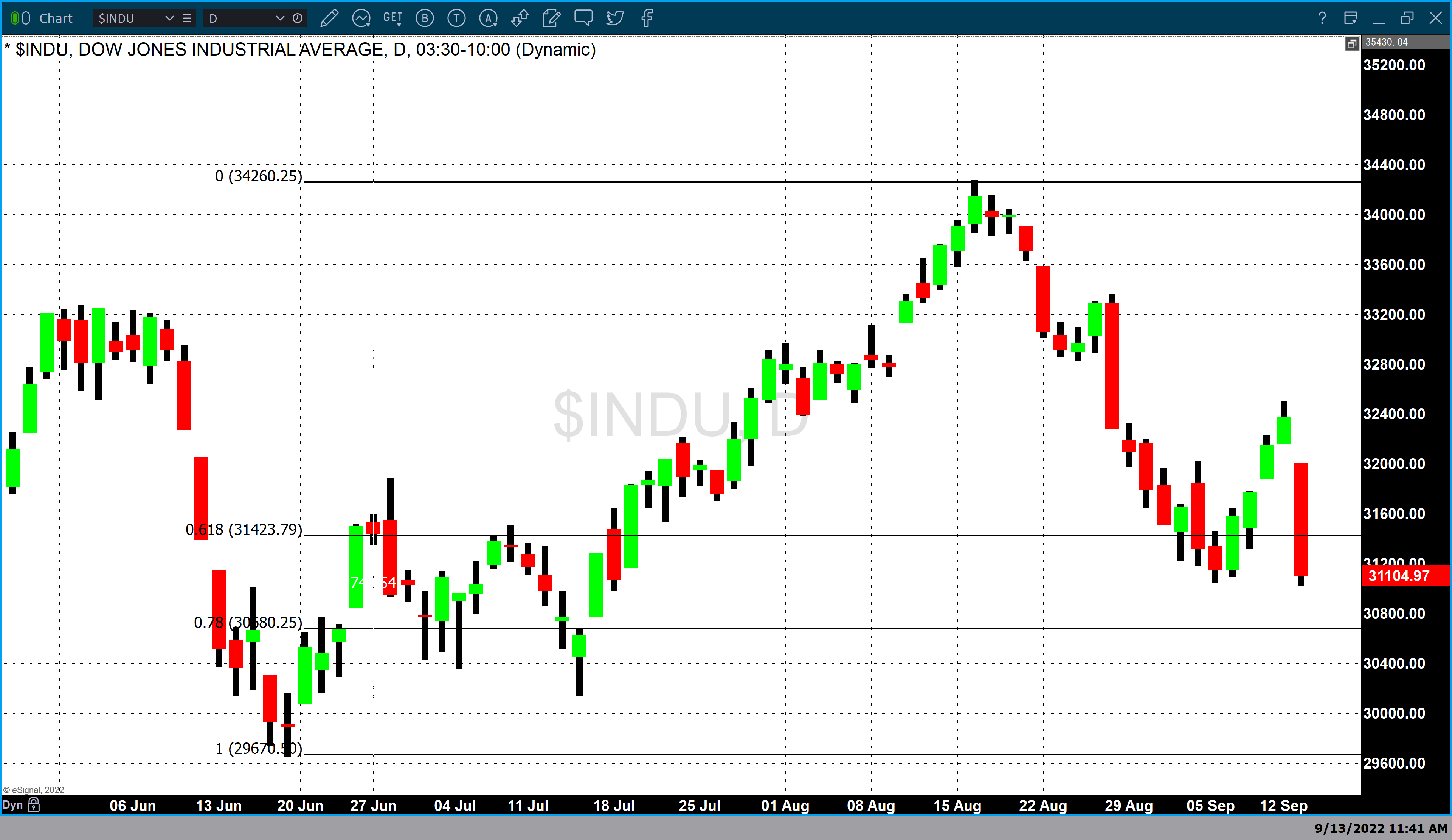 Gold futures also had a sharp selloff with the most active December contract as of 5:45 PM EDT down $28.40 or 1.63% and fixed at $1712.20. It is noteworthy that the low today in gold futures occurred just above $1700 at $1706.70 which indicates short-term technical support at that key psychological level.

Both the dollar and yields on 30-year government bonds had substantial gains with the vast majority of individual stocks as well as precious metals moving dramatically lower. The dollar index gained 1.48% the largest single-day move since March 2020. Yields on U.S. 30-year bonds moved to an 8-year high yielding 3.507%. Both bonds and the dollar had significant gains based upon inflation remaining more sticky or persistent than analysts had forecasted. 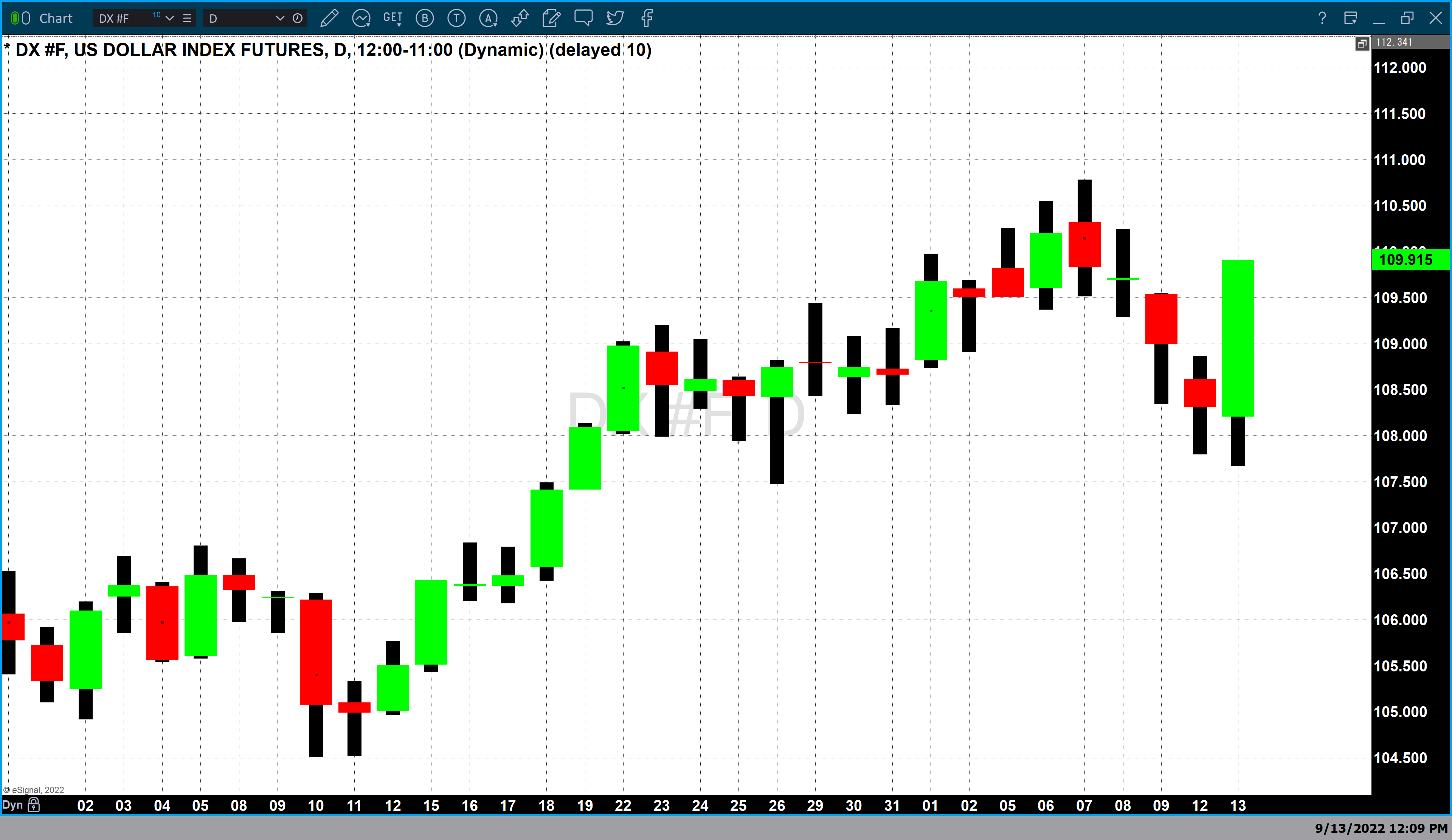 This will be the most important report when the Federal Reserve convenes next week because their decisions according to Chairman Powell have always been data-dependent and the data reveals that their recent sizable rate hikes have had a minimal effect at best. It also solidifies that the Federal Reserve’s resolute demeanor will not accomplish its intended goal in any short amount of time. Lastly, it almost locks in a hard landing as the Federal Reserve will be forced to act even more aggressively than their current exceedingly hawkish monetary policy.