Gold attempts a relief rally as the dollar falls from its highest value since May 1, 2002

The highest level the dollar index reached occurred just after the "great inflation" which began in 1979 and ended in 1983. During that time period, the United States had the highest level of inflation in history at approximately 14%. By 1983 aggressive action by the Federal Reserve headed by Chairman Paul Volker was able to take double-digit inflation down to an acceptable target of approximately 3.6%. 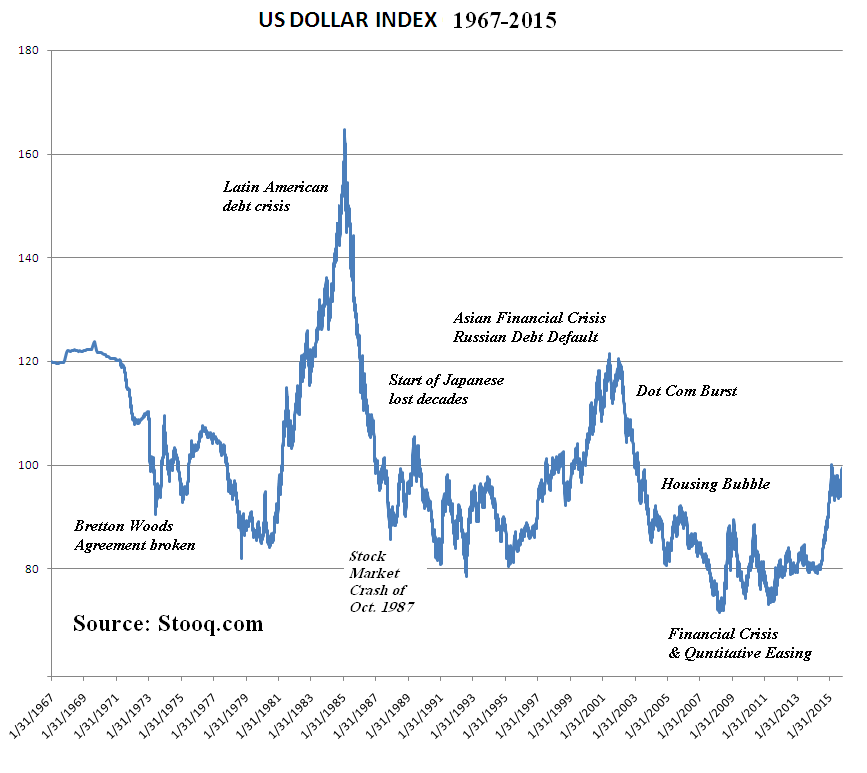 The point of viewing three extensive charts of the dollar index is to illustrate that its current value at 112.635 is most definitely at a 20-year high but far from the highest level ever seen in the dollar index.

Since gold is paired against the dollar index today's decline of 1.24% in the dollar index was highly supportive of moving gold substantially higher. As of 5:34 PM EDT gold futures basis, the most active December futures contract is currently trading almost 2% higher (1.97%) which amounts to a net gain of $32.30 and is fixed at $1668.50.

Based on the technical studies we presented in charts one, two, and four we have derived the following support resistance areas for both gold and silver. First, December gold currently has support at the 50% retracement at $1628.90. We believe that any rally could easily be short-lived if as I believe the dollar will only briefly decline before returning to a rally mode. Therefore, we see the first level of resistance at $1680 with major resistance at $1737 which is based upon the 38.2% Fibonacci retracement as seen in chart four. The 61.8% in the retracement set of the chart occurs at $1515 which I believe would be an unlikely point that gold would find support. It seems more likely that gold will find support between $1600 and $1620.

Although the dollar index is at a 20-year high as seen in the charts we have presented on a technical basis it could go much higher. Therefore, our technical studies indicate that major resistance occurs just above 120 in the dollar index based upon the highs first seen in October 2000.

Today's respectable gain in gold is most probably a relief rally based upon short covering and those market participants believing gold is so oversold that this is an opportunistic time to buy the dip. However, since gold prices are so deeply correlated to dollar strength or weakness, likely, further rate hikes or increases at the next two FOMC meetings this year could reignite dollar strength taking it passed its current high just below 115.