There is an adage when investigating a crime that says to “follow the money”. In the same way, when investigating where gold prices will be headed short-term it is wise to follow the upcoming reports. Two key reports will shape the short-term direction and price of gold. The first report is tomorrow’s jobs report, and the second report is the next CPI inflation report for September which will be released on October 13.

The forecast for tomorrow’s jobs report according to FactSet is expected to show an increase of 250,000 jobs being added in September which would be down from the 315,000 new jobs added in the prior month. Bloomberg’s predictions are close, forecasting an additional 260,000 new jobs were added in September. The Wall Street Journal is expecting that Friday’s jobs report will show that an additional 275,000 new jobs were added last month. In other words, expectations for tomorrow’s report are fairly aligned and in agreement.

If these various forecasts are correct, it would represent the slowest month of job growth since December 2020. However, analysts and economists will focus on whether or not the labor market is showing signs of contracting as a positive indication. In other words, in the case of tomorrow’s report, good news would be bad news for U.S. equities and gold. This is because slower growth in terms of jobs being added would help the Federal Reserve loosen its pace of rate hikes in its fight to bring down the 40-year high and inflation.

This week’s ADP private sector jobs report showed that 208,000 additional jobs were added last month. These numbers came in above expectations and forecasts. If tomorrow’s jobs report comes in above estimates it would harden the Federal Reserve’s resolve to continue to raise rates at an extremely rapid pace. 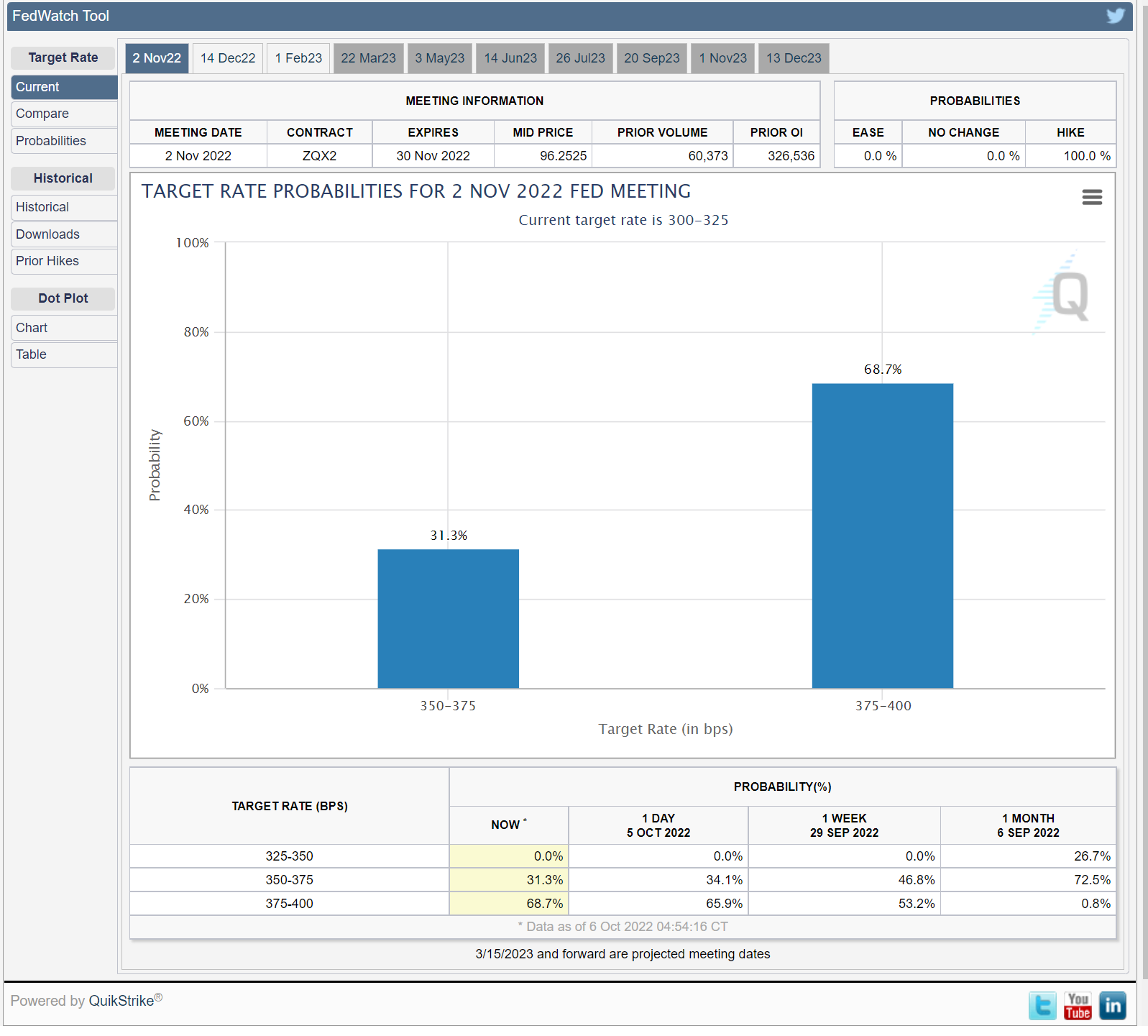 According to the CME’s FedWatch tool, there is a 68.7% probability that the Federal Reserve will raise rates for the fourth consecutive time by 75 basis points. This would take the fed funds rate which is currently at 300 - 325 basis points to 375 - 400 basis points on November 3, the final day of the November FOMC meeting.