One might think that with the increased geopolitical uncertainty and recent dollar weakness that gold would have strong gains. However, that is absolutely not true in trading today. As of 5:15 PM EDT, the most active December contract of gold futures is currently up only $3.30 or +0.20% and fixed at $1657.40.

Fractional gains in gold today have occurred with extreme dollar weakness. The U.S. dollar index is currently down -1.02% and fixed at 110.77. To illustrate gold’s weakness in light of dollar weakness we simply need to compare spot gold pricing and dollar weakness through the eyes of the Kitco Gold Index (KGX). Currently, spot gold is fixed at $1653.10 which is a net gain of $3.40. On closer inspection, we can see that dollar weakness has added +$16.80, and normal trading has resulted in a decline of -$13.40 resulting in today’s tepid gains.

On top of today’s weak U.S. dollar which has added significant value to gold, the world is facing an escalating level of geopolitical uncertainty in both North Korea as well as the war in Ukraine. 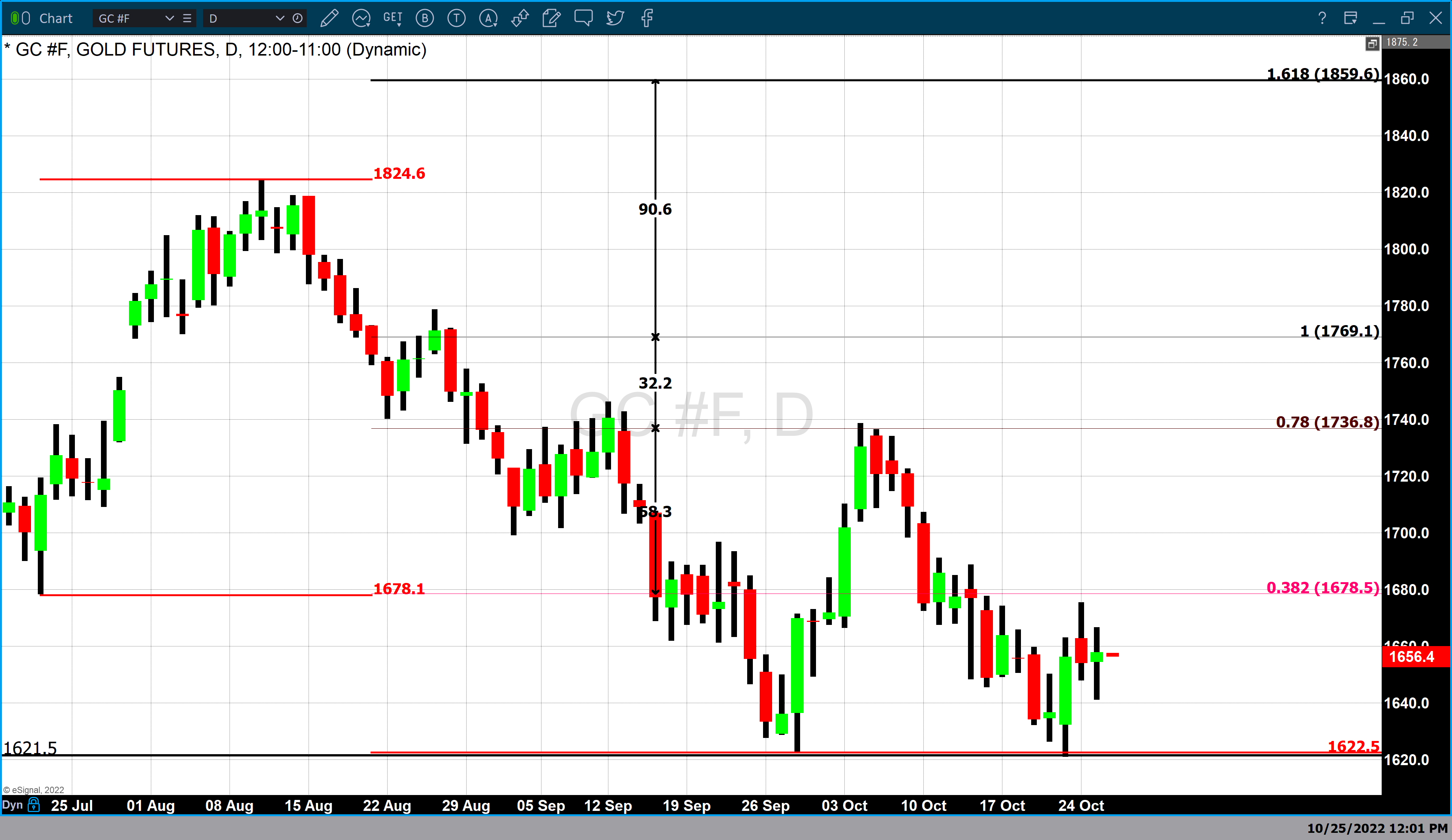 The threat of nuclear tests by North Korea is only part of a much more complex geopolitical framework. The article in Bloomberg News articulated the complexities of the current geopolitical environment saying, “The US push to isolate Russia over Vladimir Putin’s war in Ukraine, coupled with increasing animosity toward China, has allowed Kim to strengthen his nuclear deterrent without fear of facing more sanctions at the UN Security Council”. 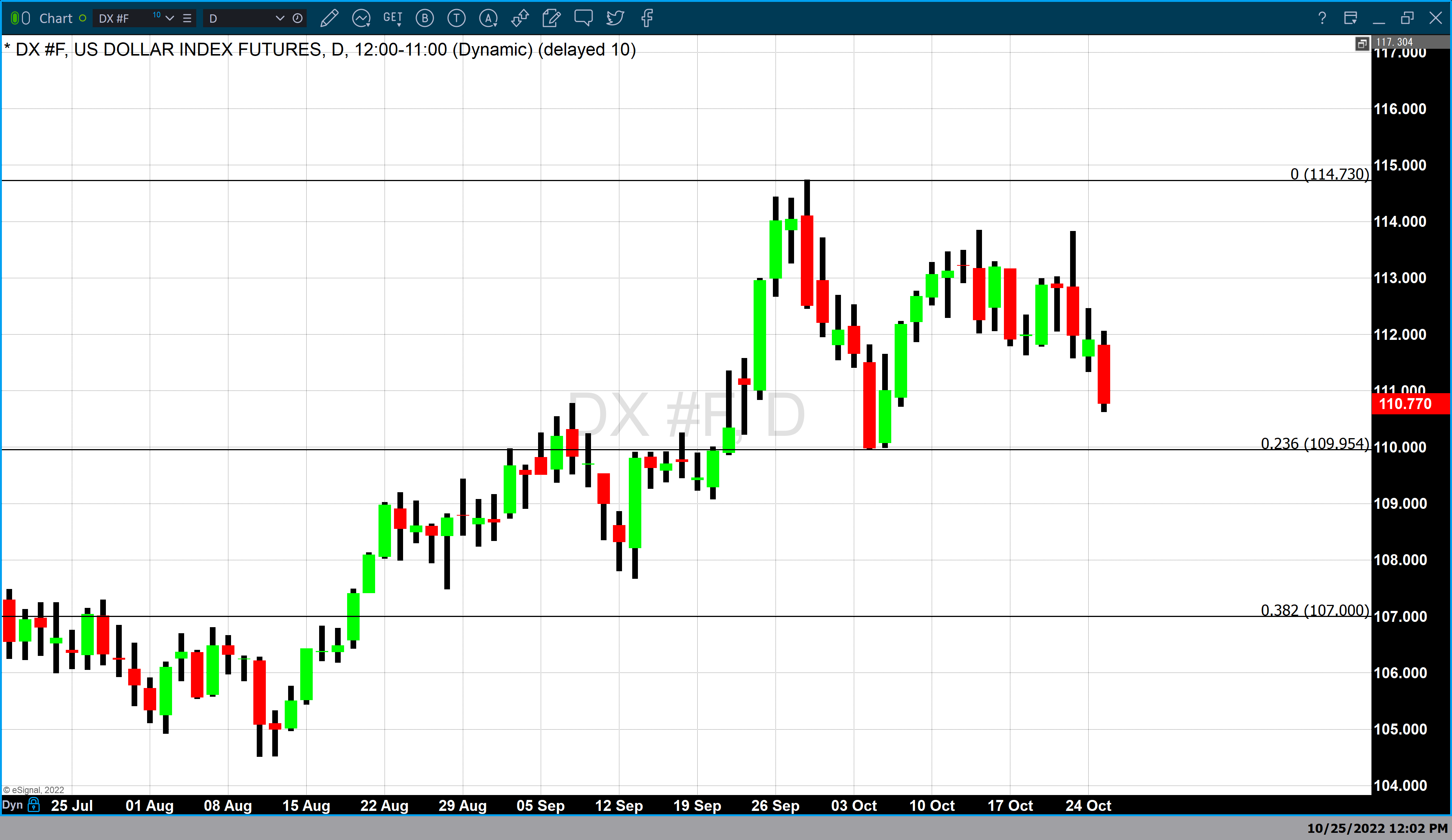 There are also reports that Russia is planning a false flag attack. On Monday Putin and the Kremlin claimed that Ukraine was planning to use a radioactive “dirty bomb” against Russian forces. Putin has used “false flags” before as a rationale to escalate

Russia’s military operations. This has raised concern that the Russian president is creating a narrative in which he will escalate the war in Ukraine to include tactical nuclear weapons or a dirty bomb to preempt Ukraine from using a “dirty bomb”.

On Tuesday Air Force Brigadier General Patrick Ryder said, “From a US standpoint, the allegations that Ukraine is building a dirty bomb are false.”

Today President Biden said that Russia would be making a “serious mistake” by launching a “false flag” nuclear attack in Ukraine and that it’s unclear if such an operation was underway.

With today’s backdrop of extreme dollar weakness giving up more than 1%. As well as an extreme escalation of geopolitical uncertainty from North Korea and the fact that gold is only up $3 clearly illustrate that gold is currently not reacting as a safe haven asset.