What is inflation? Top economist Steve Hanke breaks down the basics you need to know

What is inflation? Why are prices rising at the grocery store and at the pump? Is this a permanent affair, or will prices fall to their prior level, and if so, when?

Steve Hanke, Professor of Applied Economics at Johns Hopkins University, joined Kitco to explain why this is happening, and to cover the economics behind this phenomenon.

Professor Hanke is a renowned expert on inflation and currencies, and helped the Ronald Reagan administration tackle the high cost-of-living in the United States in the 1980s. He has also consulted with governments on the establishment of currency boards, which have reigned in runaway price hikes. 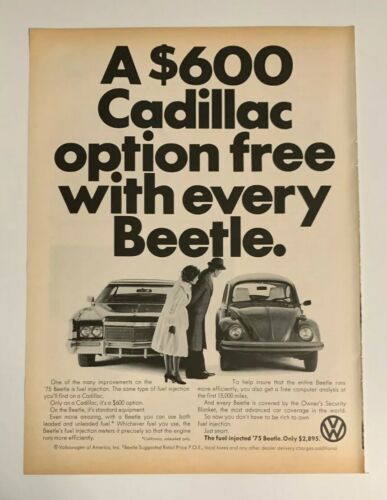 The reason this is happening, said Hanke, is due to inflation.

"Inflation is the rise in the level of prices, broadly measured, that is expressed in some currency, such as the U.S. dollar," said Hanke.

Why does Inflation Occur?

The question of why inflation occurs is a controversial one, with various schools of thought.

Hanke, a monetarist, said "there is only one cause of inflation, and that is an excessive growth in the money supply."

The monetarist school, whose proponents include Nobel laureate and economist Milton Friedman, and former Federal Reserve chair Alan Greenspan. Hanke's explanation for inflation is based on this economic theory.

The money supply is "the amount of money that is in the hands of the general public."

How is money supply measured?

M1 is composed of three elements:

(1) paper money and coins outside of the U.S. Treasury, the Federal Reserve, and depository institutions like banks;

(2) demand deposits at commercial banks (such as most checking accounts);

(3) ‘other liquid deposits' such as automated transfer services (ATS) balances at banks.

M2 is composed of three elements:

The most common measure of the money supply is M2, according to Hanke. 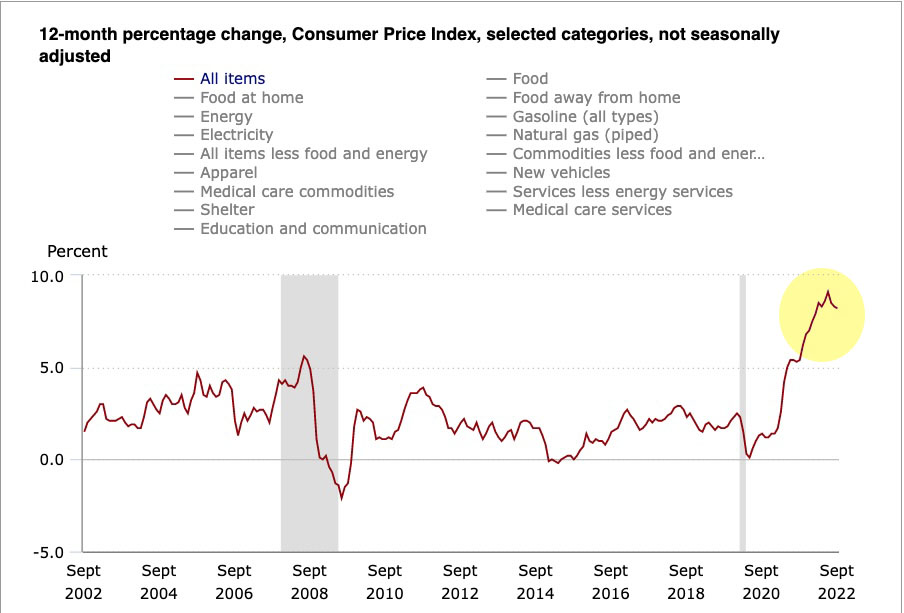 To show how excess money supply can cause inflation, Hanke pointed to the government's response to the COVID-19 pandemic.

"When the COVID pandemic hit in February of 2020, the Fed [Federal Reserve] put their foot on the gas pedal," he said. "They started creating a lot of money. They've increased the money supply by over 41 percent since February of 2020. That's an annual rate of almost 20 percent per year.

The following sequence of events allows a higher money supply to turn into inflation, said Hanke:

1. The money supply goes up.

2. After this, and with a lag of one to nine months, prices of assets (stocks, real estate, commodities, etc.) go up.

3. Up to two years after the initial growth in the money supply, prices of consumer goods (food, furniture, stationery, etc.) go up.

Monetarists like Hanke assert that when the central bank creates more money, people initially take the extra money and use it to purchase assets like stocks, houses, and gold. This causes the price of those assets to rise, as people compete to buy them.

After this, the extra money is used to purchase consumer goods like cars, food, and clothing. The prices of these goods start to rise, causing inflation for consumers.

Hanke pointed to 2020 as an example of his thesis. After the Federal Reserve expanded the money supply, the price of stocks rose tremendously. The S&P 500, an index that measures stock prices, rose 16 percent over the year.

The price of cryptocurrencies also rose in 2020, ostensibly as a result of the Federal Reserve's "money printing." Bitcoin's price, for instance, rose by over 300 percent.

How is Inflation Measured?

In the United States, the Bureau of Labor Statistics creates its monthly Consumer Price Index (CPI), a measure of the prices that consumers pay for final goods and services. The CPI is then used to determine the official inflation rate.

Hanke said that there are "243 basic items" used to construct the CPI. This "basket" of items includes food and beverage products, housing, apparel, transportation, medical care, recreation, education, and other goods and services.

The change in CPI is called Headline Inflation. This measure is what the government and Federal Reserve are typically interested in.

Unlike the CPI, the Producer Price Index (PPI) measures the prices that producers (businesses, companies, vendors, etc.) pay to stay in business.

For example, a car manufacturer needs to pay for parts, electricity, rent, and salaries. These items go into constructing the PPI. 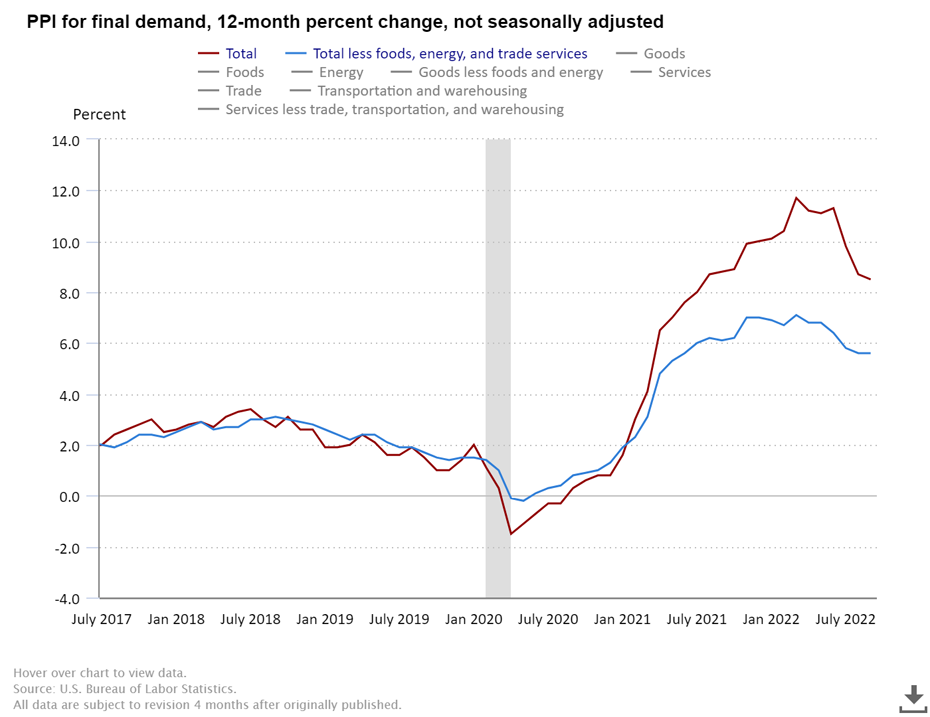 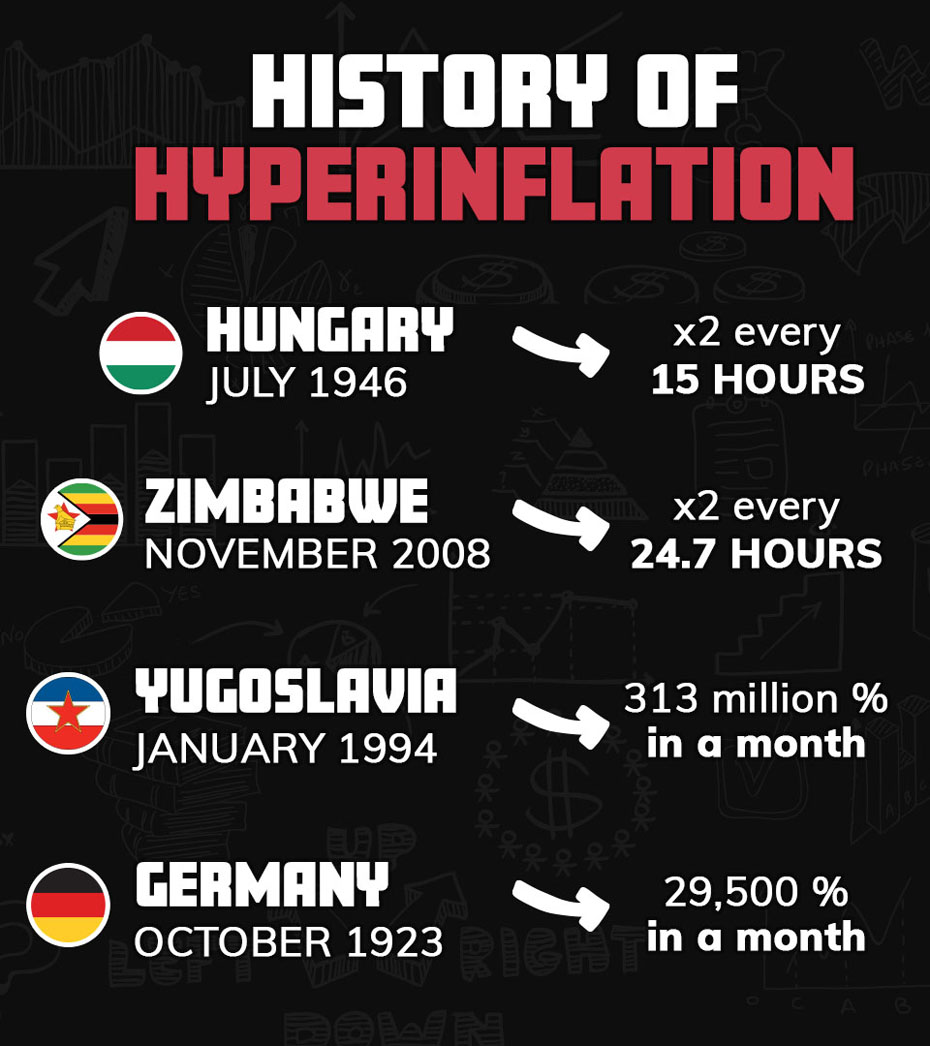 Hanke defined hyperinflation as "an inflation rate of over 50 percent per month."

Based on this definition, the United States has never experienced hyperinflation. However, a number of other countries have, such as Hungary in July 1946, when prices doubled every 15 hours. Zimbabwe, another country which struggled with hyperinflation, had a 100% inflation rate every 24.7 hours in November of 2008.

Hanke said that hyperinflation occurs when "you run the printing presses day and night, pumping up the money supply." Typically, this happens when governments require money to fund their spending programs.

"[The government] could not obtain any taxes, and they couldn't sell bonds to finance their spending," he explained. "So they went to the central bank, and say they have great bonds."

The government gives the central bank the bonds, which are similar to I.O.U.s, and the bank prints money for the government to spend.

Hanke gave the example of Yugoslavia, which in January of 1994 had an inflation rate of 313 million percent per month.

"Almost 97 percent of all government expenditures were being financed by the Central Bank of Yugoslavia," he said.

education@kitco.com
www.kitco.com/
Disclaimer: The views expressed in this article are those of the author and may not reflect those of Kitco Metals Inc. The author has made every effort to ensure accuracy of information provided; however, neither Kitco Metals Inc. nor the author can guarantee such accuracy. This article is strictly for informational purposes only. It is not a solicitation to make any exchange in commodities, securities or other financial instruments. Kitco Metals Inc. and the author of this article do not accept culpability for losses and/ or damages arising from the use of this publication.
new