Financial Market analysts and market technicians understand that it is fundamental events that cause price changes in all asset classes including stocks, commodities, goods, and services.

Events that affect price are but are not limited to; geopolitical, political, and economic, just to name a few. Market technicians use technical studies composed of mathematical formulas to forecast price changes. A common thread amongst technical traders is that mathematics can distill events into numbers.

Market technicians are acutely aware that fundamental analysis is the root cause of price fluctuations. But by distilling these events into numbers it creates mathematical models that remove conjecture and noise from the process of analyzing and understanding the possible implications of events. Technical studies and the math behind them can distill fundamental events in a language that has much less ambiguity.

The chart above is a weekly candlestick chart of gold futures. We use two technical studies to extrapolate a forecasting model to predict the future pricing of gold. This study concludes that it is quite possible that by the end of next year gold could trade above its current record high of $2088. The two studies used are Elliott wave theory and a Fibonacci extension.

Elliott wave theory was developed by RN Elliott in the 1930s. He assumed that financial markets generally thought to behave in a somewhat random manner, in fact, trade in a repetitive pattern.

According to Investopedia, "Fibonacci extensions are a tool that traders can use to establish targets or estimates how far a price may travel after a pullback is finished. 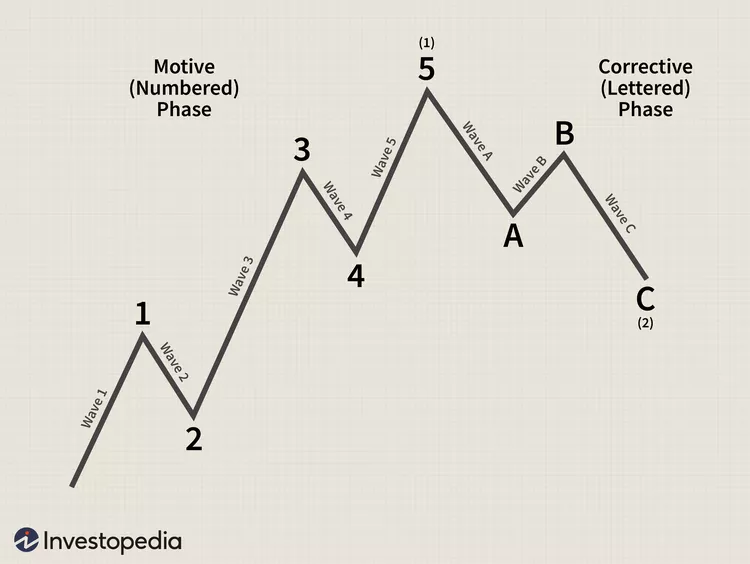 Elliott wave theory creates a count of eight waves to complete the cycle. The first five waves are labeled the motive phase and are composed of three impulse waves  (waves one, three, and five) that move in the primary trend direction. In between these waves are two counter waves that move in the opposite direction of the trend labeled waves two and four.

The Elliott wave count in the chart above reveals that we have just completed a corrective fourth wave which concluded at the recent lows of $1621. We then use Fibonacci extensions by measuring the last rally which occurred during the first quarter of gold at $1670 labeled "A" and concludes at $2076 the highest value this year that occurred in March. We then plot an extension of that rally beginning at the recent lows of $1621 labeled "C". The extension we have used for the study assumes that the final fifth wave will move gold pricing between the +1.382% ($2181)  and+1.618% ($2277) extension.

The price forecast in this article is one of many models which use the same studies with different time cycles as well as projections based on other technical studies. While there are certain limitations in forecasting models based solely on technical studies they can offer insight unavailable to traditional fundamental market analysis.