What did the dollar have to do with gold's Nov. 7 rally?

Gold, silver and mining stocks’ prices soared on Friday. Let’s see if the dollar may have had something to do with this movement.

Very little happened in the precious metals market yesterday, and what I wrote and said yesterday remains up-to-date.

I got a request to comment on the USD Index (and its link with gold), and I’ll be happy to deliver. 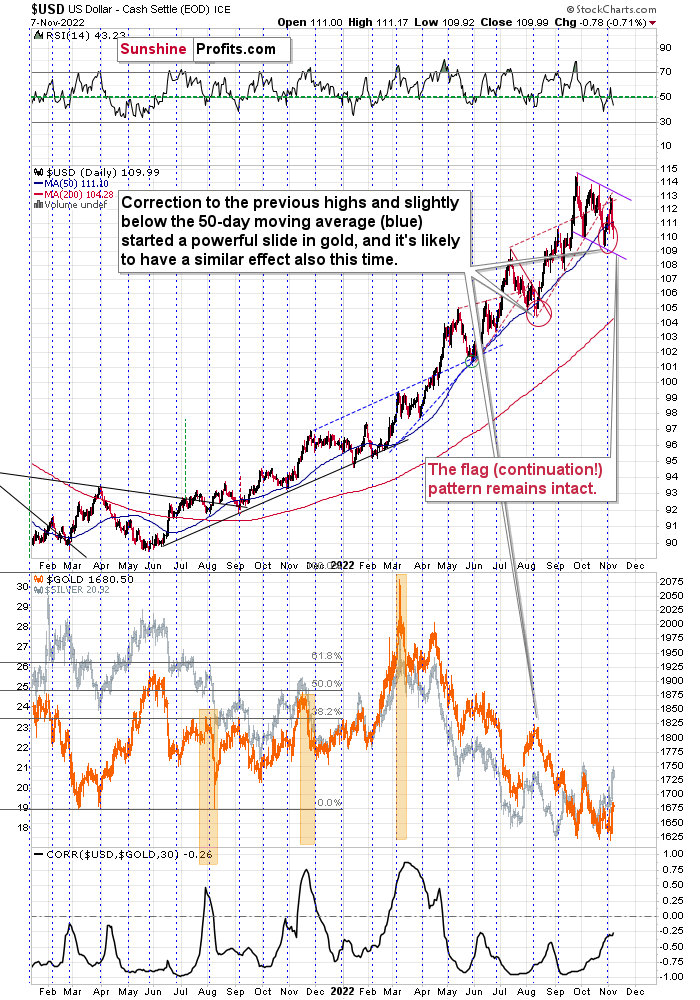 In short, the USD Index remains in its flag pattern that started in September. A flag pattern is a continuation pattern where the price trades sideways (but slightly against the trend) and it continues… until it doesn’t. Quite often, the pattern ends after two or three bottoms. We already had two, and it seems that the third one is about to be formed or it has already formed.

The RSI is slightly below 50 and the USDX itself is a bit below its 50-day moving average (blue line). In the previous months, this combination of factors meant that another sizable rally was just around the corner. As history tends to rhyme, the implications are bullish.

Since March, gold has been moving in the opposite direction to the USD Index, so the implications of the above are bearish for gold and the rest of the precious metals sector.

Why wasn’t gold moving against the USD Index in February? Because of the fear and uncertainty related to the Russian invasion of Ukraine. Please note that the war in Ukraine is still in place, and yet, gold is hundreds of dollars below its 2022 high. This serves as a strong confirmation of gold’s current weakness.

Looking at gold’s short-term picture, we see that its short-term top might already be in. 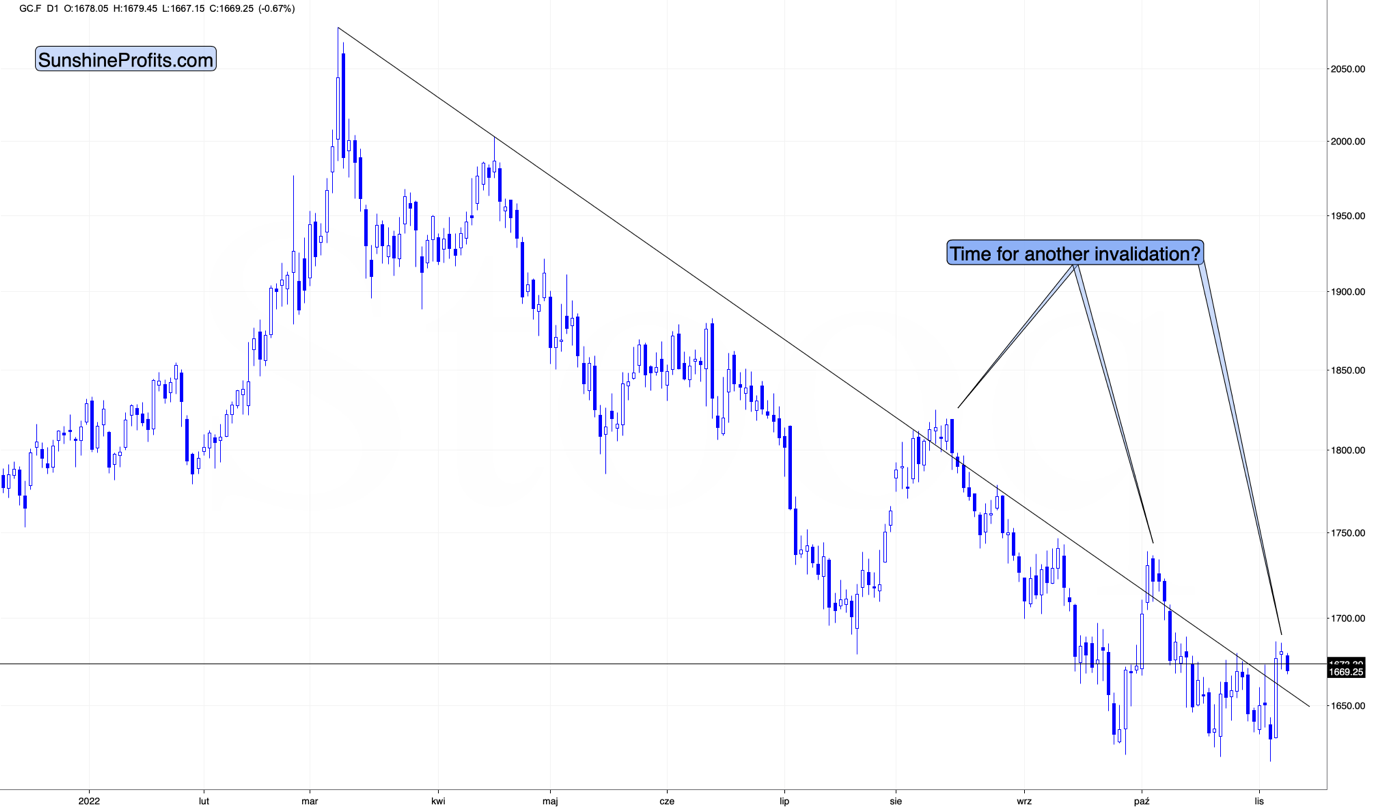 The last two times it broke slightly above its declining medium-term resistance line, it then stayed above it for a couple of days, and then it started $100+ declines.

Given today’s pre-market decline, and given the overall self-similarity to how gold performed in 2013, it seems that not only the short-term top is in, but it’s likely the case that another huge decline is about to be seen.

A Word About Silver 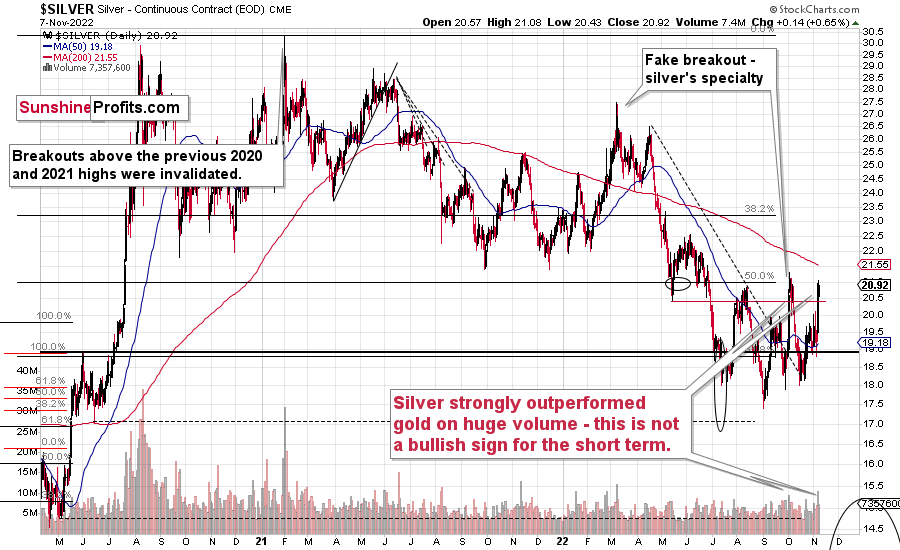 As I explained in my yesterday’s video, silver’s short-term outperformance is an important sell signal.

We saw this indication many times before, and it’s been one of the most reliable indications that the next big move lower is at hand. Remember the spike at the 2021 top, when silver soared relative to gold? Many people thought that silver was taking off and heading straight to the moon, but I warned that this was likely a fake move. And indeed, that was the top.

There were times to be long this year (for example, I went long miners on May 12 and on July 11 – very close to local bottoms). However, in my opinion, right now is not a good time to do so. Instead, it seems to me that profits from short positions are likely to grow substantially in the following weeks.