Russia’s invasion of Ukraine has been escalating to accelerated levels of military action. According to sources in Ukraine and reported by Reuters news, “Russia rained missiles on cities across Ukraine on Tuesday in what Ukraine said was the heaviest wave of missile strikes in nearly nine months of war, echoing a pattern in recent weeks of Moscow lashing out far from the front after battlefield losses.”

Today the Russian military launched over 100 missiles and drone attacks into Ukraine in the latest escalation of its invasion.

This escalation has led to missiles landing in Poland and killing two people in an explosion in Przewodow, a village in eastern Poland approximately 10 km from the border with Ukraine. Concerns have emerged that because Poland is a member of NATO, the Russian missile strike could certainly risk widening the war in Ukraine.

In a report by Reuters today, “Ukraine's President Volodymyr Zelenskiy said on Tuesday, without producing evidence, that Russian missiles had hit Poland, a NATO country, in what he called a "significant escalation" of the conflict.”

Russia’s invasion of Ukraine is now in its ninth month and has worsened with the largest wave of missile strikes many of which have targeted the Ukrainian civilian population. This most recent missile strike into Poland if confirmed triggers treaty articles by NATO under which NATO members will meet to assess the threat and if necessary take concrete action.

NATO Secretary General Jens Stoltenberg said on Monday, “It is up to Ukraine to decide what terms are acceptable for negotiations to bring an end to the war Russia is waging against the country, warning Moscow's strength should not be underestimated despite Kyiv's recent battlefield successes. 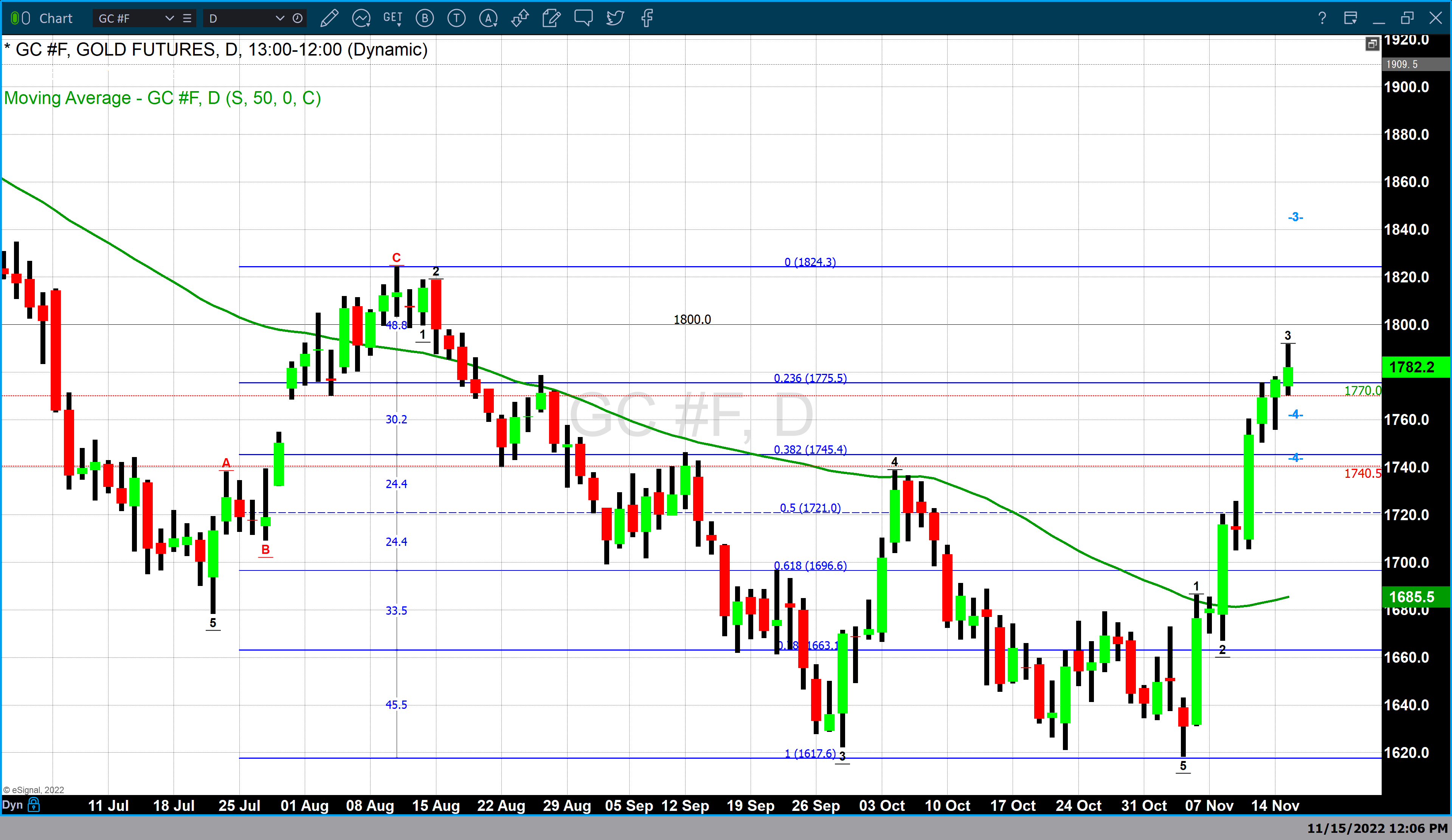 This is raised geopolitical uncertainty in the region to a new and heightened level which is been highly supportive of gold prices today. As of 4:54 PM EST gold futures basis, the most active December 2022 contract is up $4.90 and fixed at $1781.80. Today’s geopolitical uncertainty took gold to an intraday high of $1791.80. The dollar was trading higher earlier in the trading session but is currently trading fractionally lower. The dollar index is currently trading down 0.10% and fixed at 106.42.