Unlike yesterday’s double-digit gain in gold prices, today we see gold once again consolidating as it did on Tuesday. Tuesday’s price consolidation in gold indicated that the dramatic decline that occurred on Monday was more akin to a one-and-done scenario than the beginning of a correction. It was the equal or slightly higher low on Tuesday that was just as important as the fractional gains. It indicated solid short-term support for gold futures at around $1780. 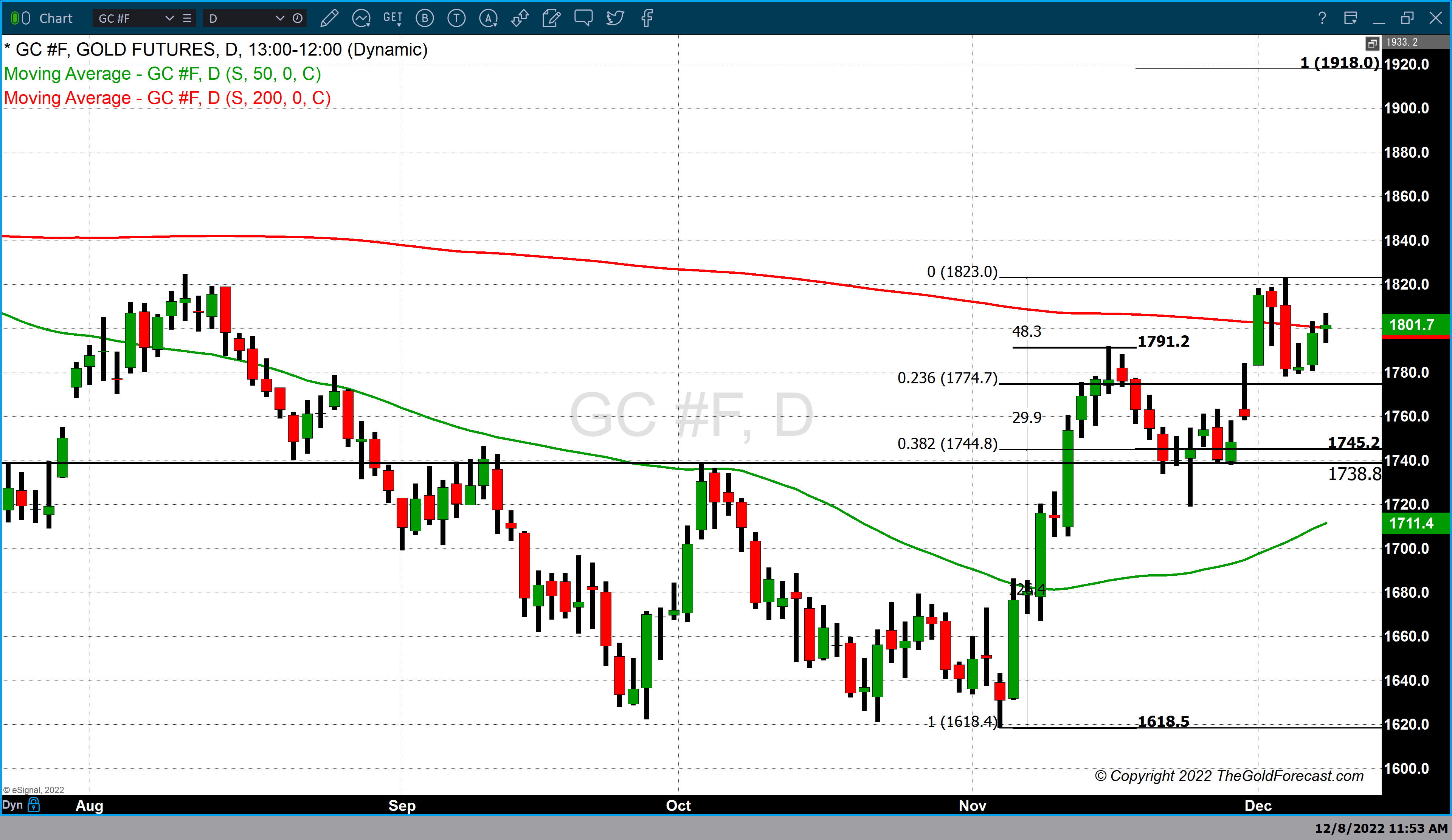 Yesterday gold had a respectable price advance recovering roughly half of the decline traders witnessed on Monday. But I believe the key takeaway from the fractional gains on Tuesday and today is that market participants are waiting for the latest information on inflation when the CPI (Consumer Price Index) is released next Tuesday and the Federal Reserve’s last FOMC meeting of the year concludes on the following day.

The most important factor in recent and upcoming price changes in gold is that it has been and will continue to be driven by headlines. 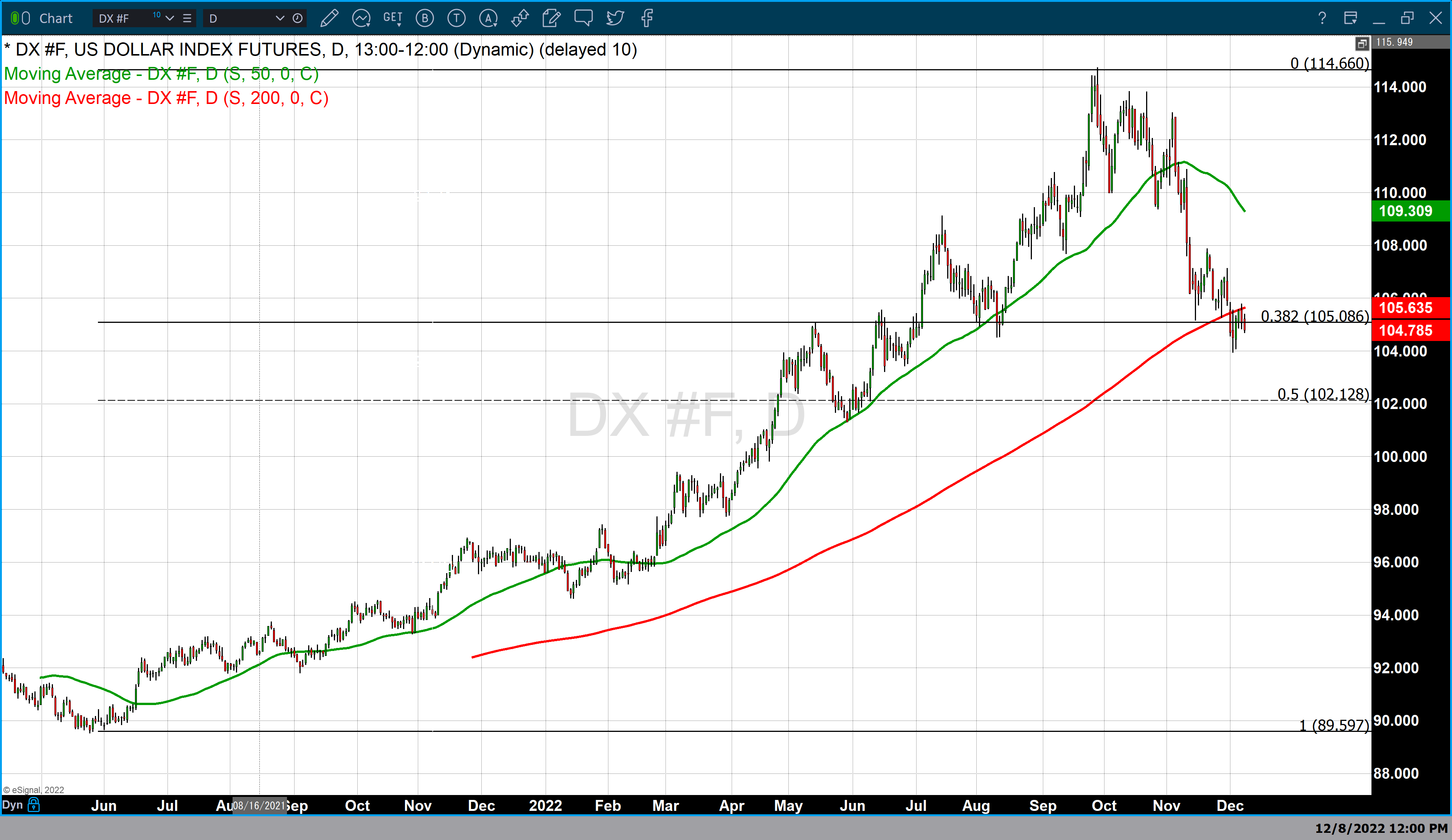 Today’s gains in gold pricing were based upon dollar weakness combined with fractional selling pressure in gold. The dollar is currently trading lower by 0.28% and gold futures are currently up 0.18% higher which confirms that today’s price change in gold is a net result of that combination.