However, there is a second driver that speaks to the secular trend. Over the years, I have learned that this is as important as the trend in real interest rates.

As an aside, the gold stocks performed very well in the 1960s, but by then, the US equity bull market uptrend had slowed considerably.

The chart below provides a historical context between the S&P 500, gold miners (Barron's Gold Mining Index), and Gold. 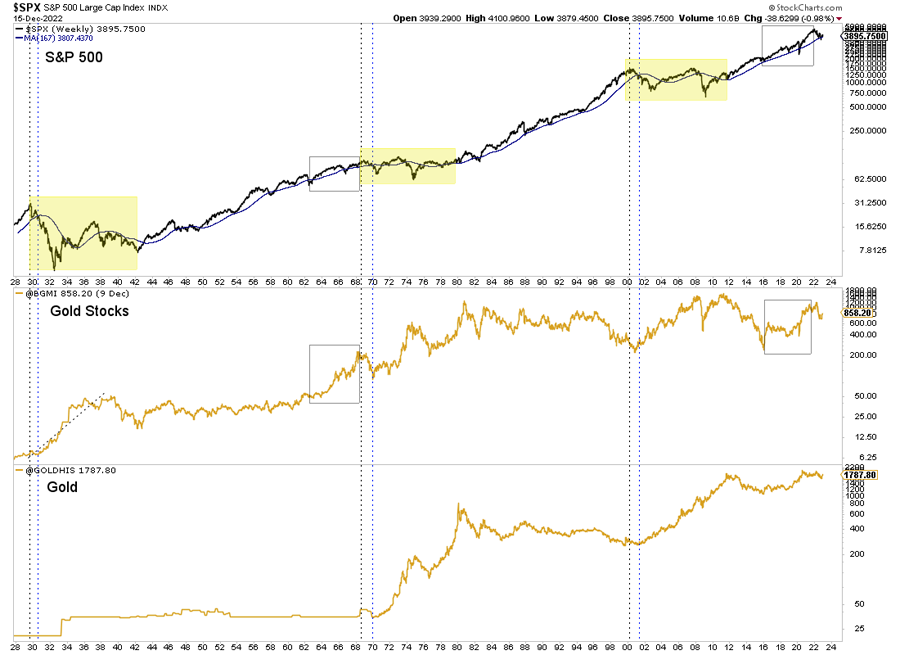 In my opinion, Gold and gold stocks have already bottomed. The gold stocks bottomed in late 2000, months before the S&P 500 lost its 40-month moving average. 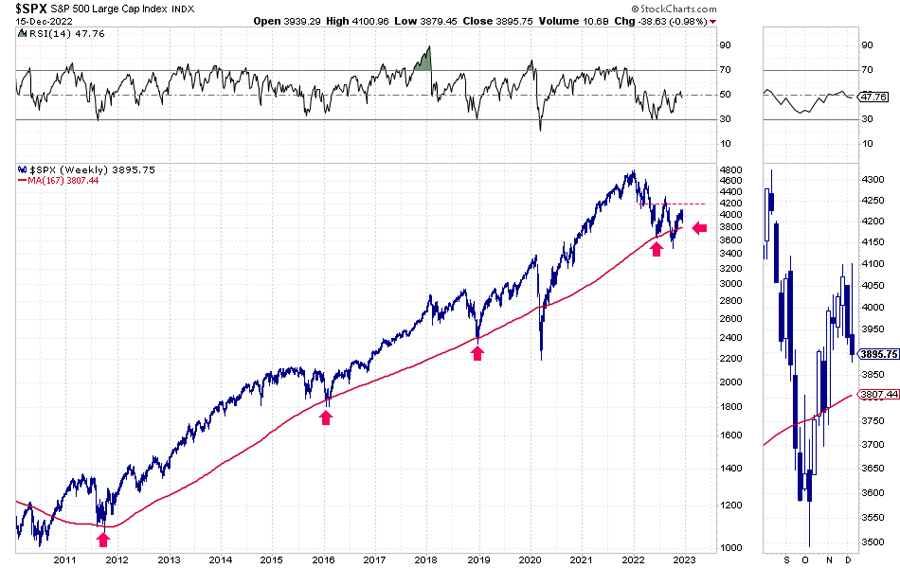 The chart below shows that multi-decade breakouts in Gold and the S&P 500 usually follow a major secular peak in the counterpart. 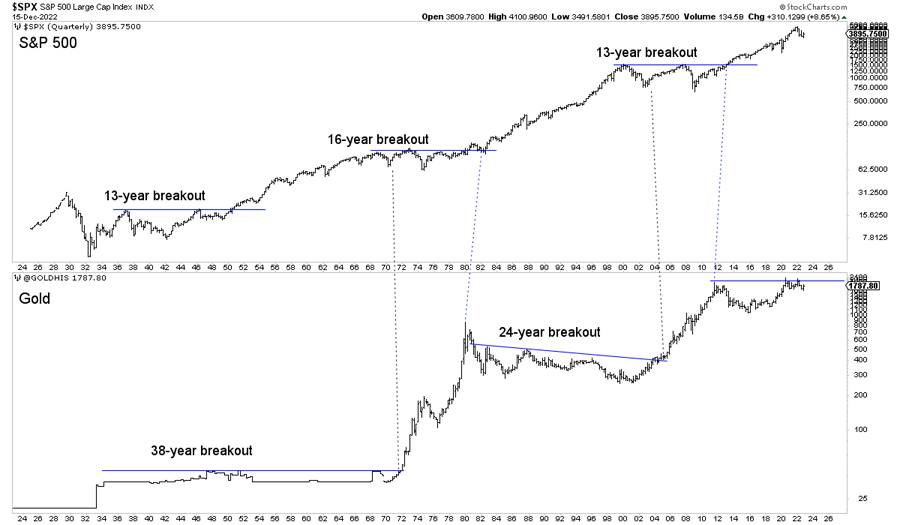 In short, the S&P 500 resuming its downtrend and falling to lower lows is an extremely important catalyst for precious metals and may only be a few months away.

As noted in our last missive, because precious metals have rallied with the stock market, they will likely decline as the stock market rolls over toward key support levels.

However, that is exactly the time we want to be buyers.

Pay attention because we could see some incredible values emerge over the weeks ahead.

I continue to focus on finding high-quality juniors with 500% upside potential over the next few years. To learn the stocks we own and intend to buy, with at least 5x upside potential in the coming bull market, consider learning about our premium service.