This afternoon the Federal Reserve released the minutes from last month’s FOMC meeting. Unanimously Fed officials agreed that the central bank should slow the pace of its aggressive rate hikes. This would allow them to continue to ratchet up the cost of credit to curb inflation. They continue to be worried that market participants have an inaccurate perception of hoping for rate cuts this year. However, they left the door open to tightening even more aggressively if inflation rises.

"Most participants emphasized the need to retain flexibility and optionality when moving policy to a more restrictive stance."

Most importantly they continued their stern doctrine to raise interest rates to just over 5% by the end of this year. "No participants anticipated that it would be appropriate to begin reducing the federal funds rate target in 2023," 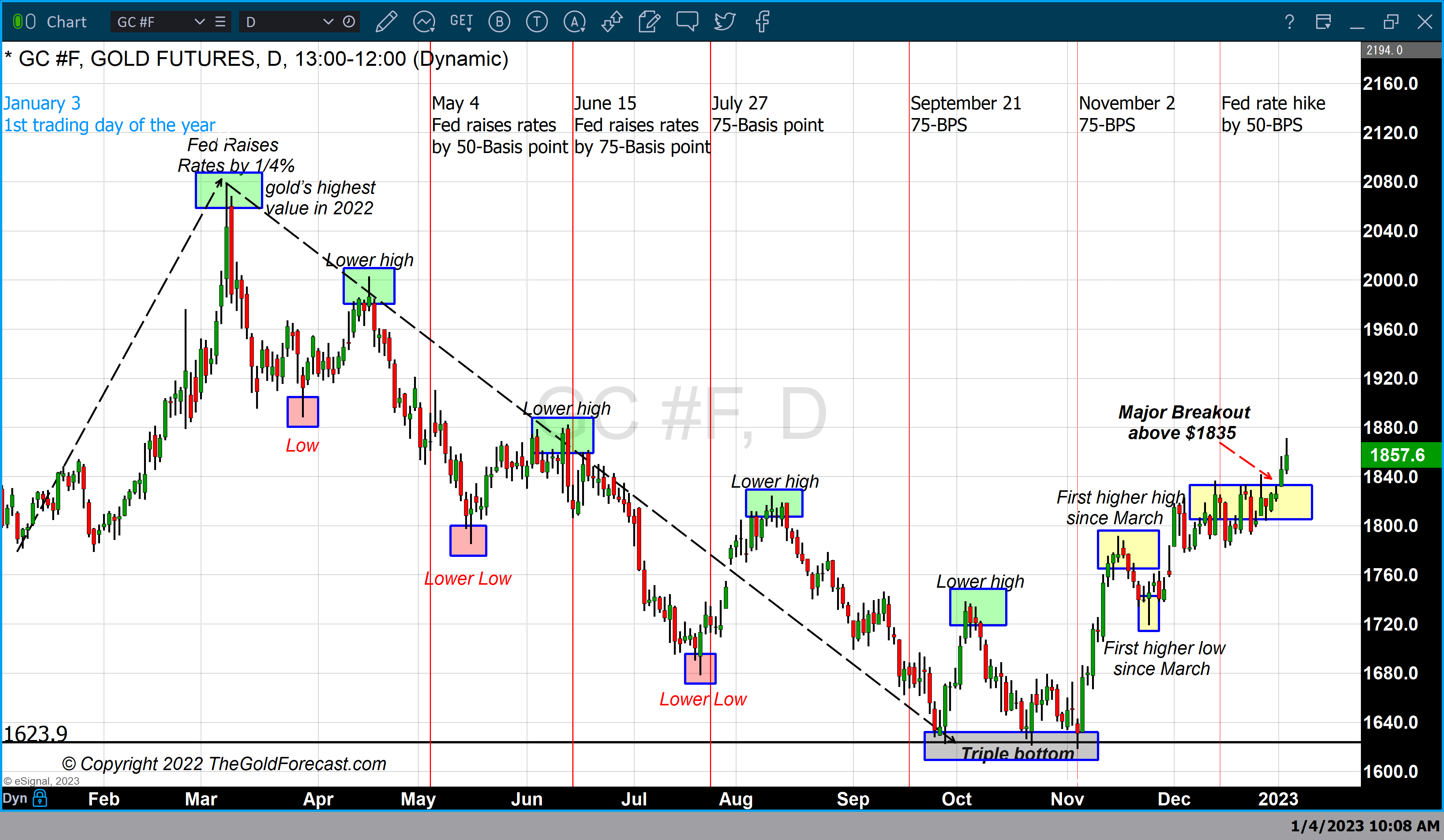 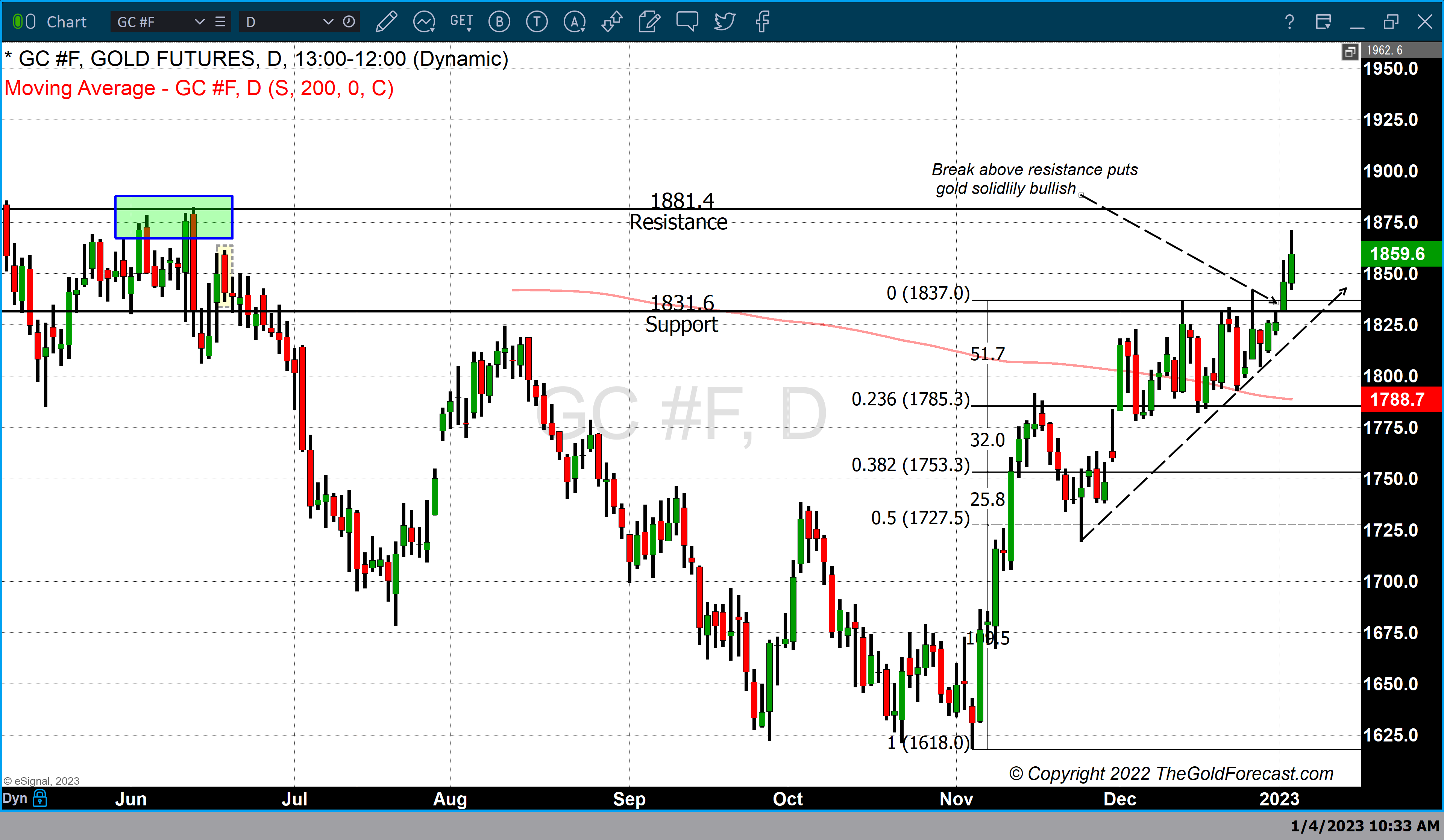 It is a fact that market sentiment for gold had a major price reversal from exceedingly bearish to bullish beginning in November 2022. Our technical studies indicate that the current level of major support is $1831. This support is based on yesterday’s low. Resistance occurs at $1881.50, based on two tops that occurred in mid-November and mid-June 2022.