Make Kitco Your Homepage
Favorites:
EDIT
You are in Home > News > > Investment Trends

Investors take notice: Both the gold market and Inca One are making crucial moves


As policymakers across the globe unleash vast amounts of fiscal and monetary stimulus to help shore up economies hurt by the coronavirus, the major benefactor in all of this is gold. Last week, Bank of America Corp. (BAC) raised its 18-month gold-price target to $3,000 an ounce, which is more than 50 per cent above the existing price record, in a report titled, “The Fed can’t print gold.”

The current gold frenzy has boosted the profitability and share price of the major producers and is now beginning to benefit mid-tier and junior exploration companies.  In the last month, the GDX Gold Miner’s ETF gained 30 per cent, while the GDX Gold Junior ETF gained 40 per cent.

According to PI Financial’s Spot Gold versus GDX and GDXJ performance chart (see below) published on April 20, gold equities have room for further growth ahead. The relative performance continues to support the idea that gold equities have room to play catch up (20 per cent discount for GDX and a 45 per cent discount for GDXJ) to the price levels seen in 2016 when spot gold was $1,300/oz.

A look at spot gold. Sourced from PI Financial

Gold producing companies become highly profitable at a price beyond $1,500 per oz. In 2019, the average all-in sustaining costs (AISC) of mining for gold rose to $1,000 per oz, according to Mining Intelligence.

2019: A record year for production

This environment is particularly beneficial for small producers. One such company operating in Peru has found itself generating reliable cash flow by buying and processing ore from hundreds of small-scale mines located throughout Peru.

Recent regulatory development has opened up new opportunities for Inca One Gold Corp. (TSXV: IO, OTC: INCAF, FRA: SU92.F) to expand its supply chain for its small-scale gold production facilities in Arequipa, which is about 600 km southeast of Lima. The company is currently producing 150 tonnes per day and produced 25,000 oz last year. Yet, that represents only 35 per cent of capacity as Inca One has two fully permitted and compliant processing facilities with the capacity to triple that production to 450 tonnes per day.

“We have access to thousands of mineral sources in the country versus exposure to a single mine. We also have hundreds of customers, as well as small-scale miners providing ore supply.” — Edward Kelly, CEO, President and Director, Inca One Gold Corp.

Inca One is not your traditional exploration or mining company. The company has positioned itself as an industrial service provider or a trading company. Inca One has been operating for five years at its Chala One facility with 100 tpd capacity and its Kori One facility, with double the capacity at 350 tonnes per day and employs over 170 employees in Peru. 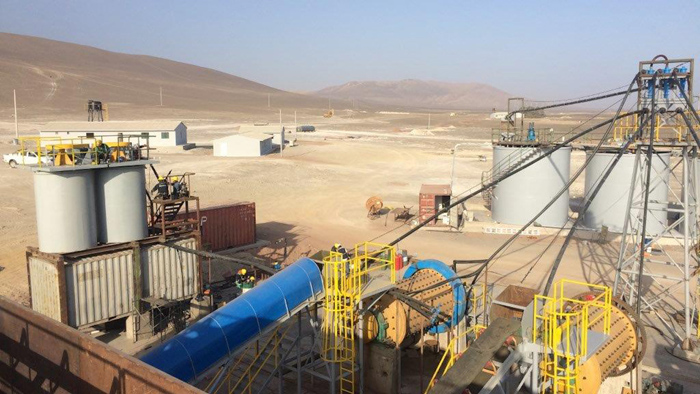 Kori One milling and CIL circuits.

Operating as a gold ore processing business versus your typical exploration or mining business has several benefits according to Inca One’s CEO, President and Director, Edward Kelly. He notes, “We do not have any exploration or mine development costs. There is no mining risk to us directly.”

“We have access to thousands of mineral sources in the country versus exposure to a single mine. We also have hundreds of customers, as well as small-scale miners providing ore supply, and therefore our mining supply risk is spread out geographically.”

Despite the challenges posed by COVID-19, the company is still maintaining its workforce at 80 per cent. One month after it imposed mandatory social isolation, the Peruvian government has given the sector some leeway to carry out critical operations during the national emergency period. Mining companies and support services are still able “to transfer essential personnel to mining units to guarantee the maintenance of their critical operations” and could continue to transport mineral concentrates and other merchandise “to ensure the operations and logistics cycle” of the sector.

"We're still processing on our plants, just at a reduced level at this point, exporting gold every other week right now instead of every week,” says Kelly.

Meanwhile, the Peruvian government recently reopened the registration to Formalization process in Peru which should add thousands of legal small-scale miners to buy from. According to Kelly, "Most of these small-scale miners are underground mining and chasing high-grade gold veins that run as deep as 100 m. We've got close to 200 small scale miners that bring us ore from six different regions in Peru and spanning a distance over 2,000 km. It's the old 80/20 rule where 20 per cent of the operators bring us 80 per cent of the business."

Growth plans for the company

At Inca One's facilities, the truckloads of ore are put through a carbon-in-leach (CIL) circuit where it goes through crushing in a ball mill, then through a hydro-cyclone, which further separates mineralized rock from the valuable ore. It is then put into the leaching tanks for 72 hours. The resulting gold-loaded carbon is put through a desorption plant to turn it into a cake, which is then heated to the melting point to pour gold doré. 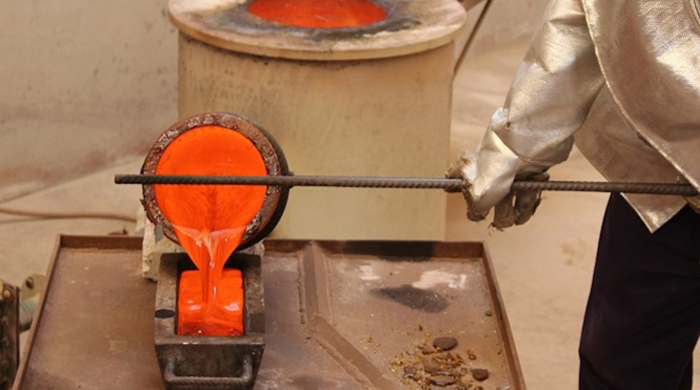 Gold doré pour at the Chala One plant.

Kelly anticipates production increases in the next year and beyond, saying, "Last year we operated at approximately 150 tonnes per day and we produced 25,000 oz of gold.  We have 300 tpd to fill and we expect to do that over the next 12-24 months which could potentially take us to 75,000 to 80,000 oz.”

He adds, “We were pretty much cash flow break-even last year, selling gold at an average price of $1,300, so this potentially will bring us into cash flow positive territory with new and existing suppliers.”

"We're a different business in that we don’t have 'cash costs per ounce'. We buy from many different miners, so the grade of ore varies from eight grams up to 90 oz per tonne.”

“The values of the rock depend on the spot price of gold. We have a 'per tonne' fee and a discount on metallurgy (affecting recovery of gold). We also pay a discount to the gold price.”

Moreover, for Kelly and Inca One two key catalysts give them confidence in adding more local miners.

"There are lots of them out there. To this point, our challenge has been the working capital required because we needed to pay for the ore upfront upon delivery by the miner. But since the COVID-19 pandemic, things have slowed down for the miners.”

“The model is changing because the supply chain has been disrupted. Since the new development, we've now been able to negotiate that we now pay for the ore after the gold is exported and we get paid. Already, we are working on a couple of deals with larger operators where we could more than double our production with one miner."

So, under the Small-Scale Mining Act of Peru, operators can go up to a maximum of 350 tonnes, per day per plant, so Inca One could scale the Chala plant from 150 to 350, which could, based on past performance, take its output to more than 100,000 oz per year.

What investors can look forward to

At 450 tpd or 75,000 oz per year, Inca One may find its valuation in-line with another producer in Peru, called Dynacor (TSXV: DNG). In 2019, Dynacor produced 80,677 oz of gold and currently has a market capitalization of $62 million versus Inca One’s current capitalization of approximately $10 million.

Kelly notes, “By 2021 our goal is to increase and fill the remaining 300 tpd of fully built-out and permitted excess capacity. To that end, we are pursuing strategic opportunities, M&A activities that will launch the company to the next level.”

Notably, Inca One has transformed itself from a single, gold ore processing plant of 100 tpd and was given the ability to become a leading, small-cap gold producer in Peru. This is largely because of Inca One’s largest shareholder, Equinox Gold (TSX: EQX) owning 19.9 per cent of the company after selling the Kori One plant to Inca One in 2018 for cash, shares and debt.

"We acquired it under favourable terms, probably on the books it’s worth near $30 million for a company that had an $8 million valuation at the time,” Kelly explains.

To learn more about the company’s operations, visit their website here.

For more timely updates, follow Inca One on social media: