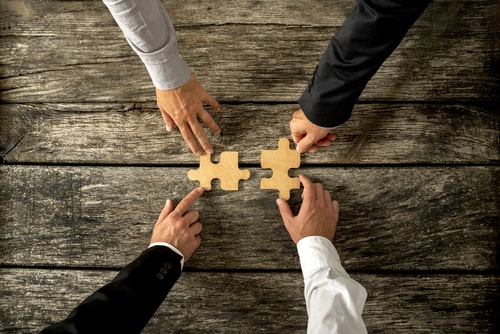 (Kitco News) - The latest voices to criticize the Newmont-Goldcorp merger are Newmont’s shareholders Paulson & Co. and VanEck, which are speaking out against the “outrageous payouts” to Goldcorp executives.

Paulson & Co., a holder of 14.2 million shares of Newmont Mining, questioned the current structure of the Newmont-Goldcorp merger.

“The $1.5 billion premium to Goldcorp shareholders is unjustified given Goldcorp's poor performance,” Paulson wrote in a letter addressed to Newmont CEO Gary Goldberg on Thursday.

“As currently structured, the synergies from the transaction would only accrue to Goldcorp shareholders, the transaction would transfer a significant percentage of the value created by Newmont's recently announced Nevada joint venture with Barrick to Goldcorp shareholders instead of preserving this value for Newmont shareholders, and following the creation of the Nevada joint venture, Newmont is positioned to create greater value as a stand-alone entity than if the acquisition were completed under current terms,” Paulson added.

An “acceptable transaction” for Paulson would be if “undeserved premium to Goldcorp” was eliminated and “the Nevada joint venture synergies” were “preserved” exclusively for Newmont.

VanEck, which is one of the biggest Newmont shareholders, also voiced criticism over the Newmont-Goldcorp merger on Friday.

“I think Paulson has a valid point … I think Paulson’s analysis might be aggressive, but I think directionally they have the right idea,” VanEck portfolio manager Joe Foster told Bloomberg. “I don’t think shareholders should support the lavish lifestyles of the Goldcorp executives for one thing. And secondly, Goldcorp shareholders are not entitled to the JV synergies because it was not part of the deal.”

Also, the British Columbia Investment (BCI) Management Corp., which holds a small stake in Newmont and 3.85 million shares of Goldcorp, said on Friday that it will be voting against the merger as it currently stands.

“This is inconsistent with the governance principle of pay-for-performance and sets a troubling precedent in the capital markets,” BCI said in a statement.

Under the agreement with Newmont, if the merger goes through, Goldcorp Chairman Ian Telfer will be entitled to receive a lump sum payment retirement allowance from Goldcorp equal to approximately US$12 million, an increase from his current entitlement of approximately US$4.5 million.

In the meantime, the vote on the merger is quickly approaching, with Goldcorp shareholders scheduled to vote on April 4 and Newmont shareholders on April 11.

If the votes go through, the merger would create the world’s largest gold-mining company.