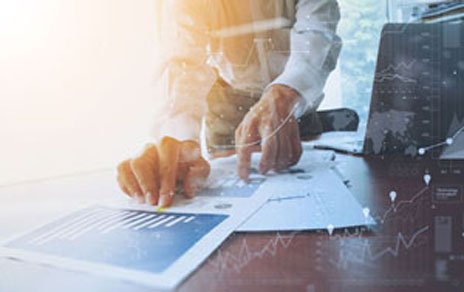 The all-stock deal was announced early Tuesday. While the move has caught some analysts by surprise, many have said that this continues the current trend of major gold producers buying more production to replace their dwindling reserves.

"Today, we are announcing the acquisition by Gold Fields of Yamana, two companies with complementary portfolios, cultures and strategic priorities. The result is a combination with much greater capacity and potential value than the sum of its parts," said Chris Griffith, Chief Executive Officer of Gold Fields. "Each company brings with it a unique set of skills and geological knowledge, enabling the Combined Group to enhance its assets more efficiently over the long-term than they could as separate companies."

According to the agreement, all outstanding Yamana Shares will be exchanged at a ratio of 0.6 of an ordinary share in Gold Fields or Gold Fields American depositary share. The transaction is valued at $6.7 billion, representing a premium of nearly 34% for Yamana investors.

The transaction has been unanimously approved by the Board of Directors of both Gold Fields and Yamana. It is expected to close in the second half of 2022, subject to and following the satisfaction of the conditions precedent to the transaction. Gold Fields will remain headquartered in Johannesburg, the company said.

"The Transaction delivers an immediate and compelling premium for Yamana Shareholders, reflecting the inherent fair value of our assets, while also offering an opportunity to benefit from the creation of a new global gold producer with an attractive value proposition," he said. "We saw significant merit in pursuing discussions with Gold Fields because of the quality of their company on a standalone basis and because of the quality a combination would create. After many months of discussions and conduct of diligence, including site diligence, over a period beginning late last year, we felt even more certain in our premise that Gold Fields was a high-quality standalone company and the company resulting from the combination would be even better."

Mining analysts at Credit Suisse said that not only does this represent good value for Yamana, but Gold Fields will benefit from a robust pipeline.

"Although we are surprised by Gold Fields as the acquirer as we previously had only North American and Australian gold producers on our radar as potential acquirers, the rationale for the deal is consistent with other gold M&A in recent years, namely achieving scale for relevance to investors, as well as geographic diversification," the Swiss bank said in a note. "As we have written previously, Yamana's assets screen attractively from a geographic perspective (i.e., in the Americas) and also from a growth perspective."

Mining analysts at BMO Capital said they are worried that Gold Fields could be spreading its operations a little too thin even if it does acquire a sold production pipeline in North America. They added that the company will have its work cut out for itself as it looks to get value from this acquisition.

"In terms of rationale, we understand Gold Fields'need to bolster its production pipeline with quality assets given declining production profile in the medium term; however, with no accretion and limited synergies, it will be a show-me-story for the combined company," the analysts said.