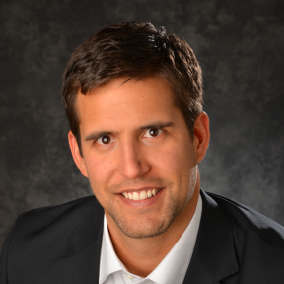 Chris Vermeulen has been involved in the markets since 1997 and is the founder of Technical Traders Ltd. He is an internationally recognized technical analyst, trader, and author of the book: 7 Steps to Win With Logic

Through years of research, trading and helping individual traders around the world. He learned that many traders have great trading ideas, but they lack one thing, they struggle to execute trades in a systematic way for consistent results. Chris helps educate traders with a three-hour video course that can change your trading results for the better.

His mission is to help his clients boost their trading performance while reducing market exposure and portfolio volatility.

He has also been on the cover of AmalgaTrader Magazine, and featured in Futures Magazine, Gold-Eagle, Safe Haven,The Street, Kitco, Financial Sense, Dick Davis Investment Digest and dozens of other financial websites.

Is natural gas ready for an April rally?

(Kitco commentary) - Our researchers have been following Natural Gas for many months and believe the current price level, near $1.65, is acting as a continued historical support level (a floor in price).

Today I like to share my thoughts about the S&P 500 index, the volatility index, and what I believe will be the trigger/event which sends stock markets around the world to new multi-year lows.

Deutsche Bank to initiate the next financial crisis!

I am certain that you remember Lehman Brothers and the â??chaosâ? that it created when it â??failedâ??. If you think that the Worldsâ?? Central Banks are now wiser and consequently will not allow another similar event to occur, think again. We will not only see a repeat of this occurrence, again, but it will be exponentially larger than Lehmanâ??s was!

Gold and Silver are on the Cusp of a Massive Rally!

Gold and silver have more or less confirmed they have bottomed and are ready for a multi-year rally.

If You Miss Buying Gold - You Will Regret, It Later

If you held LinkedIn, in your portfolio, you have lost more than 43% of your investment within a single day, and it is most likely to decline even further.

Seasonality Is Out of Season

A â??rallyâ? attempt is underway. Stocks are continuing to rebound and all is well with the World?

The Stock Market Correction Has Started!