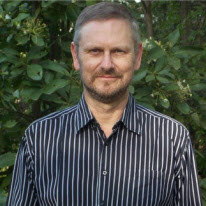 (Kitco commentary) - Silver investors have been getting increasingly frustrated in recent months as silver has basically done little, while Bitcoin, Blockchain and selected Biotech and Tech stocks have soared.

(Kitco commentary) - We start this update with the latest version of Larry's amazing gold chart. As Larry states...

In the last update we had thought that gold might escape its usual seasonal malaise this year, but it didnÃ¢Â?Â?t and went into a rather sharp downtrend and dropped again quite sharply on Friday.