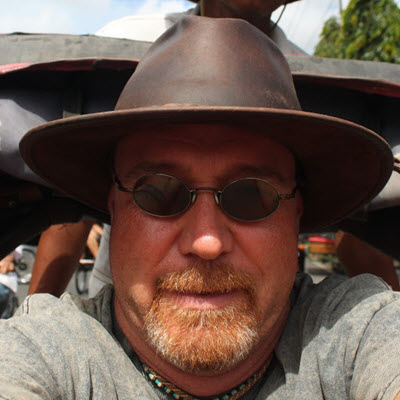 David Erfle founder of www.juniorminerjunky.com, is a 52 year old self-taught mining sector investor. He stumbled upon the mining sector in 2003 as he was looking to invest into a growing sector of the market. After researching the gains made from the 2001 bottom in the tiny gold and silver sector he became fascinated with this niche market. So much so that in 2005 he decided to sell his home and invest the entire proceeds from the sale into junior mining companies. When his account had tripled by September, 2007, he decided to quit his job as the Telecommunications Equipment Buyer at UCLA and make investing in this sector his full time job. He personally survived two bear markets, witnessed incredible sector changes and had to alter his investment philosophy numerous times in order to adapt to changing market conditions.
read full bio ▼

Gold tailwinds now much stronger than its headwinds

(Kitco commentary) - After an unprecedented run of seven consecutive monthly losses in Gold Futures, November has begun with a strong two-week upside reversal of $170 amid growing expectations that the Fed is edging closer to a potential pivot away from aggressive interest rate hikes.

(Kitco commentary) - In a sector where investor confidence has been extremely low for the past several months, mining companies have begun to re-kindle efforts to explore alliances and partnerships to bring promising projects online and share the risk between parties.

(Kitco commentary) - On Wednesday, the Federal Open Market Committee (FOMC) announced it will raise rates by 75 basis-points as the markets had anticipated, which is the highest level since January 2008 at 3.75%-4%.

(Kitco commentary) - Vizsla Silver (VZLA, VZLA.V) is a relatively new early-stage silver explorer that has recently up-listed to the NYSE AMEX. In 2019, Vizsla made a bold move to lock up a large portion of a historic mining district in Sinaloa State, Mexico.

(Kitco commentary) - In August 2019, Discovery Silver (DSVSF, DSV.V) , then known as Discovery Metals, announced the acquisition of Levon Resources and became the 100% owner of the Cordero Project.

(Kitco commentary) - With market focus having mostly been on the Federal Reserve in recent weeks, a banking crisis in Europe began to shake things up heading into quarter-end last week.

(Kitco commentary) - Gold has had a tumultuous year to say the least. The safe-haven metal soared above long-term resistance at $2000 per ounce briefly in March after Russia began its military occupation in Ukraine, then sank below long-term support at $1700 this week as the Fed toughened its approach to repressing the highest inflation experienced in over 40 years.

(Kitco commentary) - There were fortunes made by contrarian speculators that began to accumulate a basket of high-risk/reward quality precious metals junior stocks, just as significantly undervalued and oversold mining space situations appeared in 2001, 2008, and 2015.

(Kitco commentary) - With a blistering short-covering rally in the gold complex taking place heading into this week, the positive impact of less-hawkish Federal Reserve comments faded while investors waited for more signs on the data front.

(Kitco commentary) - As telegraphed in this space last week, the gold complex was set up for a sharp move heading into this week's Federal Open Market Committee (FOMC) meeting results.