Analysts: Producers Would Feel Pain If Gold Was Below $1,000 For Extended Period

(Kitco News) - Gold-mining companies will feel pain if the price of the metal should fall below $1,000 an ounce stay there, analysts and fund managers said.

Production cuts are possible as a last resort, and there could be consolidation in the mining sector.

A number of investment banks have forecast gold could fall below $1,000 on higher U.S. interest rates, although most also look for a recovery. But what if prices don’t stabilize?

“Some companies will be OK,” said Dan Denbow, portfolio manager of the USAA Precious Metals and Minerals Fund. “Most companies – below $1,000 – would not because while they might be able to generate a margin on the gold ounce produced, they won’t cover their G&A (general and administrative expenses) and debt service.” 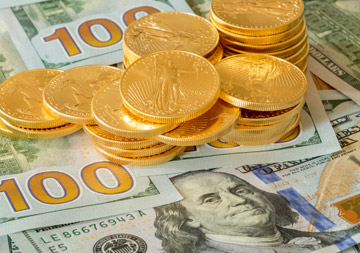 “Some of them will be able to. Some of them won’t be able to,” he continued. “They can do it over short periods of time by deferring sustaining capital. But you can only do that for so long—either cutting back sustaining capital or cutting back exploration….If we’re going to be below that $1,050 range for an extended period of time, there are some mines that will probably have to be closed.”

Rohit Savant, research director with CPM Group, also commented “a few of the miners would be in trouble” at prices below $1,000.

However, Savant cautioned, determining how many is complex since it depends on where a company’s mines are located. In many instances, local currencies have weakened against the U.S. dollar, which boosts those companies’ bottom lines as they sell gold in dollar terms but get more money in their local currency to pay for actual expenses.

Savant said he anticipates most would keep producing at $1,000 gold.

“They’d be in pain, but they would still produce because shutting down the mines is probably going to cost them more than bearing some of the pain,” he said.

The key will be whether gold simply blips down to $1,000 or stay below for a long time.

“You can’t change things based upon a month,” said William Tankard, research director for precious-metals mining with the GFMS team at Thomson Reuters. “Mines are built upon models for years and years. What you are going to do for the year is kind of set in stone. You can’t change what you’re doing based upon price on a daily, weekly or monthly basis. Underground mines are more complicated.”

So far, output has been resilient despite softer prices, with the industry managing costs, Tankard said. “Our view is there is probably not a huge amount of flexibility to cut costs further,” he added.

Still, miners would no doubt try to do more, said Robin Bhar, metals analyst with Societe Generale. “There may be more mergers and acquisitions,” he added.

Like others, he suggested any supply cuts may be limited, at least initially. Still, “it wouldn’t surprise me to get some closures.”

Savant reported that the average cash cost of gold output for primary producers is around $750, with all-in sustaining costs at $950 to $1,000.

Denbow pointed out that there are some companies that have modeled their operations to remain profitable at $1,000 gold.

Sub-$1,000 gold would affect large and small companies alike, Denbow said. However, larger ones might weather the storm better.

“They have more levers they could pull than the juniors,” he said. “If you only have one mine, you don’t have much you can change. If you have lots of mines, you can be more flexible.”