2016 To Usher In A ‘New Chapter’ For Gold – ScotiaMocatta

(Kitco News) - As more 2016 bank forecasts are released, and sentiment towards gold remains predominantly bearish, one Canadian bank says that although it sees downside potential, 2016 should usher in a ‘new chapter’ for gold.

Although gold prices can fall further, prices should continue to trade on either side of $1,100 an ounce, according to ScotiaMocatta’s recently released Precious Metals 2016 Forecast.

“The big picture is about to change, in that the fairly synchronized phase of global monetary policy easing since the financial crisis is now going to end as the US starts to normalize its monetary policy by raising interest rates,” the report said.

However, there is still potential for gold prices to fall lower as prices remain high relative to where they were in 2005-2007, ScotiaMocatta analysts noted. 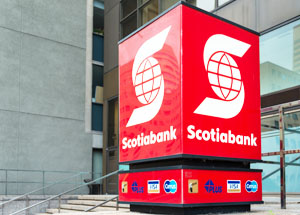 “Interestingly, prices have now all but given back all the gains seen during the period of QE, so it may be that the sideways-to-down trading range of late is the market consolidating after the excesses of all the liquidity that was thrown at markets after the financial crisis,” they added.

Technically speaking, the metal has the potential to move to $1,000 an ounce, the analysts continued, as it would take prices back to levels last seen ahead of the financial crisis. “A move back to that area may well mean gold has rid itself of all the support it got from QE – at least psychologically,” they said.

On the upside, the analysts highlighted the $1,198/oz level, the 20-month moving average for gold, as a key resistance level. This upper limit has “done a good job at capping rallies since July 2014, so we would continue to look for resistance around that line and at the top of the wedge pattern that is at $1,127/oz,” they said.

The analysts also noted that another major concern for gold investors is that a rising interest rate environment in the U.S. will push the dollar higher and, in turn, hurt gold prices. However, they do not necessarily agree with this thought process.

According to the analysts, a higher dollar may force investors in emerging market economies, which may have trouble servicing their dollar-denominated debts in a rising dollar environment, to flock to gold as a safe haven.

“As such, we are not convinced that a continued run up in the dollar would necessarily mean weaker gold prices, at least to begin with,” they said.

Looking forward, the analysts expect gold prices to find support from an uptick in physical demand as the global slowdown is expected to halt and growth to pick up steam in 2016, which would lead to “better demand for all aspects of gold.”

“On balance, we feel there is not much call for a safe-haven at present and while that has been the case, gold’s fortune has been dependent on physical demand, which for numerous reasons has been weak,” they noted. “We still expect China, at both the government and retail levels and with its rapidly growing middle class, to be a long term bullish factor for gold, but also feel gold still has potential to offer a safeguard against how governments decide to reduce the debt mountain,” they added.