(Kitco News) - Gold prices should remain under pressure early in 2016 as the U.S. dollar strengthens across the board, but the yellow metal is likely to eventually recover as the greenback peaks and loses some ground into 2017, Credit Agricole said Thursday.

For now, Credit Agricole looks for a divergence in monetary policy between the U.S. and Europe to continue, favoring the dollar. The Federal Reserve hiked interest rates Wednesday, while the European Central Bank is expected to remain accommodative.

However, Credit Agricole says it looks for the dollar, as well as the British pound, to peak next year.

“Gold prices should remain under pressure at the start of 2016, suffering from further strengthening of the USD in the early stages of the Fed tightening cycle,” said Credit Agricole. “We also expect that the still subdued outlook for global inflation should dampen demand for gold as an inflation hedge.” 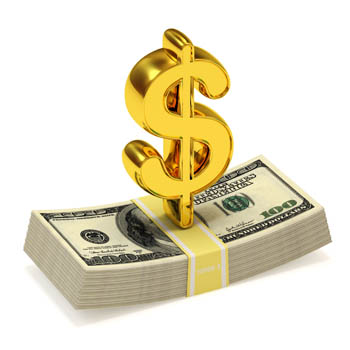 However, one factor that could limit pronounced gold losses is potential deterioration in overall market risk sentiment, the bank said.

“Indeed, the combination of lingering concerns about global growth and tightening global monetary conditions after the Fed lift-off could reduce investors’ appetite for risk and boost the attractiveness of gold,” said Credit Agricole. “The longer-term outlook for gold will remain a function of the expected path for the USD as well as the prospects for global inflation and market risk sentiment.”

The bank said while it is bullish on the dollar, it also expects the currency to peak in the third quarter of 2016 and start losing ground.

“This should offer some support for gold over the longer term,” Credit Agricole said. “We continue to expect the global inflation outlook to remain quite subdued and that should keep demand for gold as an inflation hedge in check throughout 2016.”

Credit Agricole said gold’s upside the next two years may be roughly the same as the highs of 2015. Analysts said they envision a scenario in which risk appetite improves later in 2016, once the Federal Reserve has tightened monetary policy a few times and the global economic outlook stabilizes.


“As a result, while we expect gold to gain ground against the USD in the latter stage of 2016 and into 2017, we think that its topside should be limited to close to 2015’s highs,” Credit Agricole said.