(Kitco News) - Mining companies are expected to feel more pain in 2016 as the price of gold could fall below $1,000, but there is one area of the sector that could continue to benefit, according to one industry executive.

Ian Ball, president of Abitibi Royalties, said in an interview with Kitco News that he expects the investment landscape next year to continue to be challenging for miners that are already cash-starved; however, one bright spot remains the royalties sector, which he expects to benefit next year as more mining companies look for alternative revenue sources to maintain their operations. 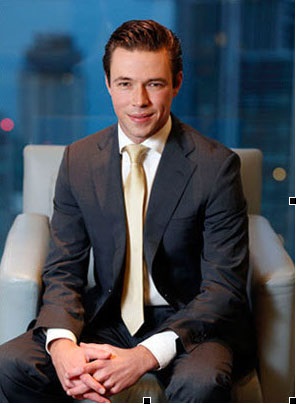 Ball said that the line in the sand for gold next year will be the $1,000 an ounce; however, he added that there is a very real possibility that prices overshoot on the downside and it would not be unrealistic to see triple-digit gold prices next year.

Although Abitibi Royalties is the relatively new kid in the streaming space, since early June, the company has been aggressively perusing streaming agreements, taking a very nontraditional approach by launching an online royalties search program.

Through the program, for a streaming agreement, Abitibi has offered to pay the fees and taxes related to existing mineral properties and cover some exploration work. Looking back on the last six months of the program, Ball said that he is pleased with how far the company has come. He said that it have received about 70 proposals and has already signed eight royalty agreements.

The company is looking to add two more agreements. On Dec. 14, the company announced that it had entered into two binding letters of intent with Gold Valley Mines Ltd to acquire a 2% net smelter return royalty.

“The pace of submissions has slowed since we first launched the program but the quality has increased,” he said. “We are quite happy with the response.”

Ball described these agreements as “buying lottery tickets,” and the company hopes to eventually have a portfolio of about 20 or 30 properties.

“I don’t think you can expect every one of these agreements to be a winner but if we can get one or two, that would be great,” he said. 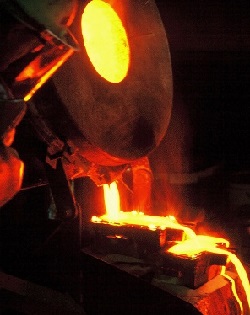 Although Ball is expecting to see lower gold prices in 2016, he said that he would be reluctant to say exactly where or when the market would bottom out; however, he added that he does think the bottoming process is close to ending, which is “a good place to be buying.”

Facing another weak price environment, Ball, who worked nine years at McEwen Mining and left as that company’s president to run Abitibi Royalties, said it is time for mining companies and executives to start getting a little bit more creative and embrace new innovations to reduce costs and increase production.

One innovation Ball said would be interesting would be a shift in the use of electric engines in heavy-duty machinery instead of tries to squeeze out efficiencies in the traditional diesel engine. Or, instead of using a traditional ball mill, look at crushing rock through the use of sound-waves

“That is the type of quantum leap that you need to start making,” he said.