(Kitco News) - After seeing surging coin sales throughout the year, particularly with silver coins, the U.S. Mint is reporting weaker demand so far in December.

According to the mint’s latest data, American Eagle and Buffalo gold coin sales have reached 2000 ounces so far this month, while silver coin sales are at around 2.33 million ounces.

But, analysts do not attribute the lower numbers with customer fatigue, and actually expect retail demand to pick up next year as metal prices continue to hover at lower levels.

In a research report released Monday, analysts at Barclays said lower demand in December could be simply related to depleted stock. 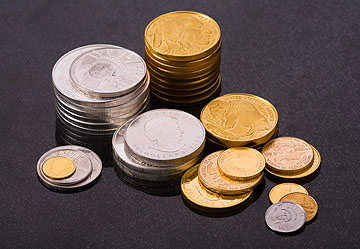 “The slow sales pace in December was supply driven, in our view,” Barclays said. “We expect strong demand at the start of next month once new supply comes from the U.S. Mint, due to lower prices,” the bank added.

Gold coin sales are stronger year over year, particularly during the second half of the year as prices continued to struggle. Gold futures are down roughly 10% on the year, with most of the consecutive negative daily closes occurring in July and November.  During those months, American Eagle bullion gold coin sales jumped 123% and 185% month over month, respectively.

After hitting a high of near $1,400 in 2014, gold prices are now at levels last seen in 2011. Based on the London Bullion Market Association’s gold price fix, the average gold price is down roughly 8% so far from last year’s average price of $1,265.47 an ounce.

This surge, according to Hug, “caught the U.S. Mint in a shortage of blanks to produce coins.”

“As a result, premiums doubled for most U.S. Mint product during that time-frame,” he added.

However, the better gold coin sales data was overshadowed by silver coins’ record-breaking sales. For the third consecutive year, the mint broke its annual sales record of silver coins on November 30.

Silver coin sales surged as the metal’s price hit multi-year lows, falling below $14 an ounce. According to the mint’s sales data, silver coin sales were highest during the months of January and July.

As metals prices continue to struggle heading into the new year, analysts expect retail demand to pick up once stocks are replenished.

Last month, the mint reported that it will begin taking orders for 2016-dated American Eagle gold and silver bullion coins on January 11.

In the World Gold Council’s year-end gold market commentary released in December, the organization noted that retail demand is strong globally as well.

“Retail investors are looking for lower entry points and should the US dollar continue to gain strength in 2016, a gold price in the low $1,000’s and silver under $13 should again accelerate retail demand,” Hug said.