(Kitco News) - HSBC looks for prices of platinum group metals to strengthen in 2016 after both were dragged lower in 2015 by a strong U.S. dollar, higher mine supply and on the coattails of weaker commodities generally.
The bank on Tuesday listed an average platinum forecast of $1,005 an ounce for 2016 and $1,195 for 2017. Palladium is seen averaging $655 next year and $760 in 2017. These averages are above current prices although they reflect downward revisions to HSBC’s previous 2016 forecasts.
“With platinum prices now below production costs, restructuring and capex (capital-expenditure) cuts by South African producers should, over time, reduce supply growth,” HSBC said. “More immediate catalysts include our expectations that ETF (exchange-traded-fund) buying will turn positive and a potential rise in auto demand.” 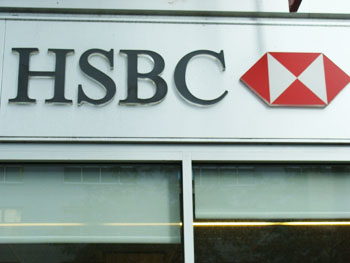 Auto catalysts are the single largest industrial use of both platinum and palladium.

“For palladium, positive auto sector and industrial demand should help stabilize prices,” HSBC said. “Near-term mine supply appears adequate but we expect the market will still run a wide production consumption deficit in 2016, which should support prices.”

Further, HSBC said it looks for the U.S. dollar to weaken against the world’s major currencies in 2016. If so, this should support PGMs, as a softer dollar makes commodities in general cheaper in currencies of other nations and thus can boost buying. In part due to this, HSBC has previously released reports with bullish views on gold and silver for 2016, calling for gold to average $1,205 an ounce next year and silver to average  $15.90.

HSBC projected a supply deficit in the platinum market for fifth straight year, calling for demand to outpace supply by 227,000 ounces in 2016. The expected 2016 supply deficit for palladium was listed at 703,000 ounces.