(Kitco News) - Heading into 2016, the monetary policy outlook finally shifted in the United States. In mid-December the U.S. Federal Reserve hiked interest rates for the first time since 2006. The U.S. central bank broadcast its intentions to continue raising interest rates throughout 2016, although the timing and pace of additional hikes will be data-dependent.

On the other side of the ocean, the European Central Bank (ECB) remains on hold with its monetary policy at best, with the potential for further policy accommodation if economic conditions fail to improve.

In Asian, the Bank of Japan continues to pump liquidity into its markets in an effort to stimulate is faltering economy. Whatever 2016 has in store for investors and markets, the new year will mark a diverging monetary policy path for these three major central banks. 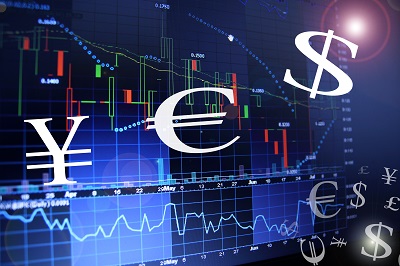 The Federal Reserve. In the U.S. the federal funds rate now stands at 25-50 basis points, off the zero bound level for the first time in seven years. This low level remains historically extremely accommodative by historical standards and still well below a more "normal" rate around 3.5%. Federal Reserve Chair Janet Yellen and others on the FOMC have prepared financial markets for a "gradual" pace of interest rate hikes in 2016.

"The median on their dot plot shows they are looking for about 100 basis points of tightening in 2016," says Jay Bryson, global economist at Wells Fargo Securities.

This differs from what the financial markets are currently expecting. "The market is only priced for about 50 basis points of tightening," Bryson notes.

Wells Fargo forecasts 75 basis points or three interest rate hikes of 25 basis points each next year, with the earliest timing pegged in March, Bryson says. What type of policy move could rattle markets? "Anything north of 100 basis points would be a surprise," he warns.

How fast and how much the Fed actually raises rates will depend on economic performance. The Federal Reserve has set an inflation target at 2%, but current readings remain well below that number. "It's going to depend on the data. The economy continues to grow but not strongly. The core PCE deflator is only 1.3% year-over-year and it hasn't started to trend up to 2%," says Bryson.

The European Central Bank. Shifting across the Atlantic, the ECB cut its deposit rate to -0.3% in December. Looking ahead, "we don’t expect the bank will cut the deposit rate further into negative territory," says Tomas Holinka, economist Moody's Analytics. "The amount of money parked at the ECB’s deposit facility remained unchanged despite the cut, while cash at the current account keeps accumulating. These funds remain a key source of liquidity that the ECB is keen for banks to relend into the real economy," Holinka explained.

Deflation remains a major threat to the euro-zone economy and may force the bank to increase monthly asset purchases in 2016, Holinka warns. "Although the bank extended the quantitative easing program until March 2017 and expanded asset purchases, promising to reinvest money from matured bonds after the bank finishes the QE, these actions are unlikely to fire up inflation quickly." Holinka estimates that the bank may increase the monthly purchasers to €80 billion from current €60 billion in 2016.

The diverging monetary policy paths will impact currency movement in 2016. "The expected Fed rate hikes will ease pressure on the ECB to provide more stimulus measures. The widening policy rate differential will likely increase demand for U.S. dollar-denominated assets and weaken the euro below parity with the dollar. This could support the euro zone’s exports outside the region and boost the whole economy," Holinka says.

However, traders looking for a move toward tighter policy from the ECB have a long wait. "We expect that the ECB will start to hike its policy rate in early 2019 and that the euro will depreciate below parity against the dollar by late 2016," Holinka says.

Actions by both central banks will be closely monitored in the months ahead and steps by the Federal Reserve remain far from certain. "The biggest risk to the market in 2016 is the Fed's approach to managing monetary policy," warns Patrick O'Hare, chief market analyst at Briefing.com.

"The Fed has to thread the needle with its policy approach. The risk is if the data shows a marked deterioration in growth or inflation, the Fed will be accused of choking off the recovery by hiking too soon. Or if the data comes in stronger-than-expected, the Fed will be perceived as being behind the curve and might have to raise rates faster than expected," says O'Hare. "Both factors would not play well with the market."

Bank of Japan. Shifting over the other major G-3 central bank, in mid-December, the Bank of Japan (BOJ) surprised markets with some minor changes to its quantitative easing program. The Japanese economy has slipped back into recession for the fourth time in four years and the BOJ continues its efforts to battle back. The overnight call rate in Japan remains at 0.10%.

The Japanese monetary base ? will continue to expand at an annual pace of ¥80 trillion per year, but the instruments the central bank is utilizing to reach this level were changed slightly in mid- December. The BOJ announced it will lengthen the average remaining maturity of the Japanese government bonds it purchases to seven to 12 years from its current seven to 10 years. Additionally, the central bank also announced it would create a new ¥300 billion program that targets exchange-traded funds.

Looking into 2016, some analysts believe the BOJ will largely remain on hold at its current accommodative position. "I think we will see the Bank of Japan stay the course in 2016," says Colin Cieszynski, chief market strategist at CMC Markets.

"Although they made some tweaks to their QQE program last week, when given the opportunity to increase the program in recent weeks they have passed. I think if the economy slows and more stimulus is needed the Central Bank would be more likely to pressure the government to bring in more fiscal reforms rather than crank up the presses some more," says Cieszynski.


"At the same time, I don’t think we will see them scale back purchases either unless inflation really starts to pick up. I think there will be a moderate increase in inflation this year as the oil crash gets lapped but that’s about it unless commodities start to go back up. There is a small possibility they could start to listen to their one dissenter and start to scale back the pace of purchases later in 2016 but a lot would need to go right between now and then," Cieszynski adds.


Others expect further accommodation from the Japanese central bank. But, internal opposition and dissent could create headwinds. "We expect the central bank will increase its asset-buying program next year as inflation and economic growth disappoint. However, the new measures announced in the December meeting faced some opposition, with one-third of the board opposing the changes. This indicates it may be difficult for the BOJ to agree to larger changes to the current stimulus program," according to Emily Dabbs, economist at Moody's Analytics.

Key takeaways: The gulf between U.S., European and Japanese interest rates is likely to widen in 2016. Interest rate differentials are expected to shift in favor of the U.S. dollar as the Fed starts down a monetary policy tightening path, while the other G-3 central banks remain in an extremely easy policy stance.