(Kitco News) - Metals Focus looks for gold prices to tick higher in 2016 now that the Federal Reserve has removed much of the market uncertainty by hiking interest rates for the first time in nearly a decade, said Philip Newman, director of the consultancy.

Still, in an interview with Kitco News, Newman said he looks for gradual gains rather than “huge fireworks.” He also looks for silver to rise more, maintaining its normal pattern of either outperforming or underperforming gold on greater volatility. 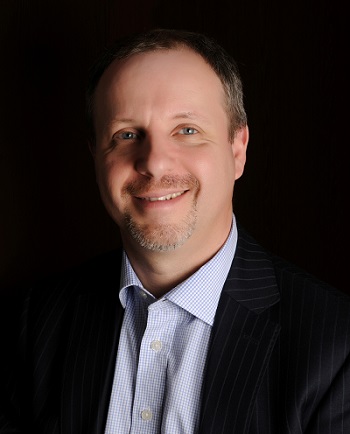 Gold was on the defensive late in 2015, hitting its lowest level in half a decade. Analysts said the main culprit was U.S. dollar strength as market participants factored in the start of Fed tightening. Policymakers hiked interest rates by 25 basis points on Dec. 16.

“We finally got the first rate rise out of the way,” Newman said. “That was a very important moment for the market. You have now removed the uncertainty of that happening, and the market got a sense of what the trend in rate increases – if any – may be. Ultimately, that’s a positive development for gold and silver.”

The start of tightening has now been largely factored into prices, Newman said, although traders will now be watch to see just how quickly policymakers might hike.

“Price-wise, we’re not expecting really huge fireworks,” Newman said. “We’re expecting prices to gradually improve next year….There still could be some weakness in the coming months before prices start to gradually turn higher in the back end of next year.”

Newman suggested gold may not be far from bottoming. Spot prices fell as far as $1,046.55 an ounce on Dec. 3. Newman figures the metal could hit $1,025 over the next few months.

However, he said, gold buying should start to pick up ahead of the Chinese New Year. Once this runs its course, gold could pause. Over time, however, he also looks for investors to move into the market again.

He looks for silver to average roughly $17, perhaps getting back above $19 in the latter part of the year.

Mine supply of gold has been on an uptrend for a number of years and will hit a record high in 2015, but Metals Focus looks for this to plateau, Newman said.

If gold prices do in fact pick up at a slow pace, he said, this will help demand for jewelry since buyers don’t like volatile prices. “They like price stability,” he said, suggesting this demand will grow fractionally.

There is potential for more liquidation of exchange-traded funds by high-net-worth investors, Newman said. However, he said, retail investment by smaller investors tends to be “much stickier” and there are no signs of meaningful liquidation yet.

“You’ve got a gradually, slowly improving investor climate or investor view of gold-price levels. That suggests they are on balance going to be net buyers next year.”

Metals Focus looks for demand in the world’s two largest gold-consuming nations, India and China, to stabilize or improve modestly.

Newman looks for Indian buying to at least stabilize, especially since the government has done away with the so-called 80-20 rule that the industry had found onerous. This was a measure authorities once instituted to curb imports and thus limit a trade deficit. The rule required 20% of imported gold to be re-exported. Of course, traders will be watching for any future rule changes in India.

“If the India economy is continuing to gradually strengthen, that should be good (for gold),” Newman said. “You’ve got the government continuing to invest in the rural sector, which accounts for about two-thirds of (India’s) gold demand. That’s a good thing. So the prospects are quite decent.”

Meanwhile, the base-case expectation by Metals Focus is that China will avoid a so-called “hard landing” in its economy.

“Once you get this instability out of the way, that should help demand to gradually improve,” Newman said.