Can The U.S. Dollar Power Its Way To More Gains Next Year?

(Kitco News) - In the zero-sum game of global currency trading, the U.S. dollar was the clear winner in 2015. The U.S. dollar chalked up broad-based gains against world currencies in many cases posting significant double-digit gains.

The greenback benefitted on a variety of fronts including the expectation of bullish U.S. interest rate differentials, on-going support as the world's reserve currency, and traditional safe-haven flows. Last but not least, the U.S. economy continues to outperform on a relative basis, versus other major industrialized economies. 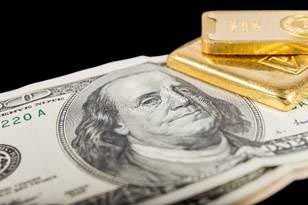 Broad based gains: A look at a trading screen reveals a sea of green for the U.S. dollar on a year-to-date basis versus the world currencies. The U.S. dollar gained strongly versus Latin American currencies, gaining nearly 50% versus the Brazilian real and 16% against the Mexican peso. Heavy declines in commodities in 2015, especially energies, hurt commodity-heavy economies and in turn their currencies. The greenback trounced commodity currencies including the Canadian dollar, the Australian dollar and New Zealand dollar. The dollar also posted gains against the Asian and Eastern European currencies. In the G-3 arena, the dollar is set to close out the year about 10% higher versus the euro, with only a modest 1% gain versus the yen.

What lies ahead? Can dollar bulls continue to power their way forward in the New Year? Most analysts believe the U.S. dollar uptrend remains in place, but the pace of the acceleration could slow and or the currency could be vulnerable to a correction. Others say the dollar run is tired and could be topping out. Let's explore.

Bullish interest rate differentials are expected to be a positive factor for the U.S. dollar in 2016. The divergence in monetary policies among the world’s central banks will be the largest fundamental driver of the U.S. dollar next year, says Henry To, chief investment officer at CB Capital Partners.

To pointed to the Federal Reserve's recent interest rate hike as an example, with expectations for up to four more tightening moves in 2016.  This contrasts sharply to other major advanced nations.

"Both the European Central Bank and the Bank of Japan will eventually be forced to implement additional quantitative easing policies," To says. "Meanwhile, the Bank of England, slated as the first central bank to raise rates after the Federal Reserve, is likely only to hike one time in 2016, as domestic inflation remains very muted. The Bank of Canada, meanwhile, is likely to stand pat next year given the economy’s reliance on energy exports."

The health of emerging market economies, especially within the Latin region, could also be a potential driver for U.S. dollar gains in 2016. "S&P downgraded Brazil’s sovereign debt to junk earlier this September and there is no reason why Moody’s or Fitch won’t follow—perhaps as soon as the first quarter of 2016," To says.

The U.S. dollar is a traditional safe-haven and if an emerging market crisis were to evolve the dollar could benefit. To honed in on Brazil as a weak link.

"In many ways: debt-to-GDP levels, the depth of the country’s economic recession, and the recent corruption charges, Brazil’s fundamentals are worse than they were in 1998, when the combination of the Brazilian, Russian, and LTCM crises fueled a major surge in the U.S. dollar as domestic investors sold emerging market assets and repatriate their capital back home. I see this occurring again next year, especially as many U.S. investors have diversified into emerging market assets over the last five years," To warns.

While overall fundamentals remain positive for the U.S. dollar, some analysts suggest the greenback is vulnerable to a correction or consolidation.

"We expect the dollar to continue to strengthen overall, but we see some potential for correction," said Eric Viloria, currency strategist at Wells Fargo Securities. "Appreciation in the dollar could be uneven, possibly steady or even weaker at the beginning of the year. We are looking at a market position that is quite extended. There are a lot of dollar longs," Viloria says.

Honing in on the U.S. dollar index, Colin Cieszynski, chief market strategist at CMC Markets, saw potential the greenback could be topping out. "I think the U.S. dollar is peaking near 100.00 and that its uptrend will correct downward in 2016. In my opinion, the 20% rally in U.S. dollar over the last year or so has priced in a more aggressive campaign of interest rate hikes that we are likely to actually see and also priced in that other central banks would remain as dovish as they were in 2015. I think the Street will be wrong on both counts," he says.

Energy sector: Another factor which could impact dollar strength, especially in relation to commodity currencies is the performance of crude oil. "The U.S. dollar did particularly well in 2015 against resource currencies like Canadian dollar, Norwegian Krone, the Australian dollar and the New Zealand dollar, Cieszynski notes. Going forward, "How the U.S. dollar performs against them this year depends on what happens with commodity prices. I think metals and agriculture could bounce back, which would help Aussie and Kiwi, but I think energy gains will be limited to short term trading bounces, so Canada dollar and Krone could still drag," he says.

What could dollar action mean for gold in 2016? "I think gold is close to a significant bottom and could rebound through 2016 as the U.S. dollar falters. I had been thinking it could retest $1,000/oz. but the longer it takes the less likely it may actually happen," Cieszynski concludes.