By Kitco News
Thursday December 31, 2015 12:46
around the world saw prices for precious metals, rare earth elements and strategic metals deteriorate to the point where costs exceeded price, and mines began to falter.

As the year comes to a close, we look at industrial aspects driving prices to determine where the trends are headed for 2016. The first part of this analysis looks at precious metals.

Gold received a lot of attention in 2015 with new developments in many areas being presented. Among them nuclear fusion, sustainable energy production, catalysis and a variety of new applications in jewelry, pharma and electronics made possible an an important component in nano-technology. Other hopefuls like the golden Apple Watch, however, failed to impress the market, and wearables in general had trouble getting off the ground. In total, industrial uses of gold were too small to impact the physical market which is largely driven by investment and jewelry products, and there are no indications for this to change in 2016.

Silver continues to be on a strong path to recovery as an important industrial metal after the collapse of analog photography. Slowly but steady, the use of solar power increases in many areas of our lives, including promising developments with solar roads. There were setbacks, too, with the “Solar Impulse 2” seeing its attempted solar-only around the world flight rudely interrupted in Hawaii after “irreversible battery damage” occurred. The flight is now scheduled to be completed in April 2016, an indication perhaps of the many great new technologies that have yet to mature before being usable on a broad scale.
Silver also gained market share in sports clothing, healthcare and consumer electronics where its anti-microbial properties shine. Lastly, the markets for ethylene oxide based applications in plastics and other petrochemical products sustain the use of silver on a large scale as the preferred catalyst. Will it be enough to boost silver in 2016? Probably not, but the trend is clear, and it points towards sustainable growth in industrial silver uses. 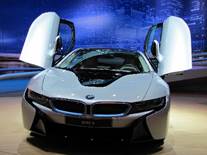 Other than gold and silver, the majority of the main platinum group metals (PGMs, platinum, palladium and rhodium) finds industrial uses. In 2015, it was impossible to ignore the Volkswagen “Dieselgate” scandal which had and still has the potential to shake up the entire car industry on different levels. The automotive industry still uses nearly half of the world’s PGMs in car catalysts. Aspects, therefore, are:

Like gold and silver, PGMs are being used in new technologies but none of them is likely to enter the market in 2016 on a scale big enough to influence the physical market. Automotive will therefore be the key component in driving the market, and it looks solid for next year. The general conclusion, however, is that industrial developments are unlikely to move precious metal prices in 2016 on a large scale.

How about other metals, like rare earth elements or strategic metals that are used in electronics, electric vehicles, our homes and everything else with an electric motor and / or a battery? Parts 2 and 3 of this series will explore them.