(Kitco News) - The gold market is ending its third consecutive year in negative territory and while there is still some optimism in the marketplace as the majority of online participants look for gold to rise next year, nearly a third are so pessimistic they expect gold to end 2016 below $1,000 an ounce.

As part of its 2016 outlook coverage, Kitco News has been running a special online gold survey. However, the news team switched it up; instead of just looking at sentiment, participants were provided a variety of price ranges. 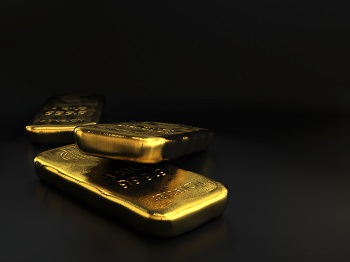 The results show a wide divergence of opinions but the surprising factor might be the high number of bears in the gold market. Of 1,141 people participating in the year-end survey, 373 people, or 33%, said they see gold ending 2016 below $1,000 an ounce.

Main Street’s view on gold is not so different from some of the gold analyst who participate in Kitco’s weekly gold survey. There are a wide range of expectations, with many looking for the price to dip below $1,000 an ounce in the first half of the year; however, some are expecting price to recover in the second half with a price target of around $1,200 an ounce or higher.

Ken Morrison, editor of the financial newsletter Morrison on the Markets, said that he is expecting gold to trade in a range between $975 and ounce to $1,175 an ounce as investors react to fluctuations in the U.S. dollar and unforeseen market tension.

KC Chang, senior economist at IHS, said he is relatively neutral to bearish on gold as he expects prices to average $1,075 an ounce, only slightly up from current prices.

Other analysts see a lot more potential for gold. Bob Tebbutt, of Armour Risk Asset Management, said that U.S. dollar weakness could be a major benefit for gold in 2016. He explained that he sees the government and the Federal Reserve pushing the greenback lower next year.

“I feel that the U.S. dollar is going to start to deteriorate as the Federal Reserve and the U.S. Treasury are recognizing that the high U.S. dollar is causing U.S. exporters to lose business and as exports represent over 20% of the U.S. gross domestic product,” he said. “All in all, I see the gold market showing a steady if unspectacular rise over the next 12 months and longer and would expect to see $1,500 by the end of 2016.”